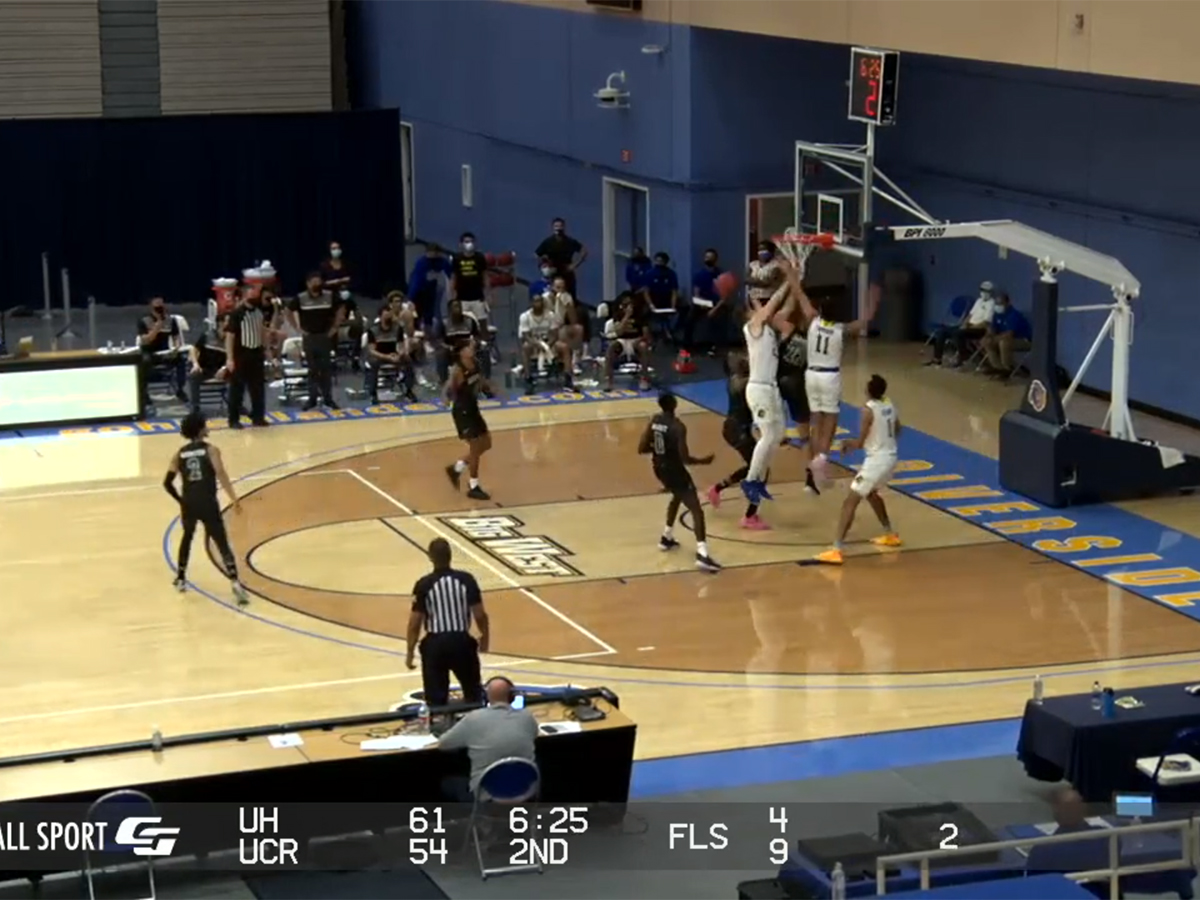 The UCR men’s basketball team took their second loss of the season in a high-scoring 88-83 game at home against the University of Hawaii on Jan. 8. The Highlanders committed 15 turnovers, which proved to be costly in this close game.

Both teams started the game slow, as the Highlanders committed three turnovers in the first four minutes, and both the Highlanders and Hawaii shot below 37% from the field to start out. By the halfway point in the first half, UCR had turned it over eight times, and a dunk from Justin Hemsley of Hawaii put Hawaii up 18-15, prompting Coach Magpayo to call a timeout.

Off of the timeout, the Highlanders began to play much better. A quick 5-0 run from UCR tied the game at 22 apiece before Justin Webster of Hawaii hit a 15-footer to stop the run. Hawaii began to go on a little run of their own, going up as much as 6 points before forward Arinze Chidom sank a 10-foot shot to cut the deficit to 4 points going into the locker room. Despite the Highlanders committing 11 turnovers and shooting 34.6% (9-26 fg) from the field, they found themselves only down 30-26. Dominick Pickett and Zyon Pullin led the team with 7 points, as well as a team high 8 rebounds for Pullin at the half.

Coming out of the half, Hawaii came out firing, going on a 10-4 run to start. A three-pointer from Will Tattersall extended the lead to 10 for Hawaii, forcing Coach Magpayo to call a timeout and regroup the team. Out of the timeout, UCR caught fire, sinking 3 consecutive 3-point shots to cut their deficit to 1 point with 12 minutes to go. The game continued to go back and forth, and neither team seemed to gain control of the game. A beautiful pass from Zyon Pullin to Arinze Chidom for the layup tied the game 48-48 with 10 minutes left in the game. However, Hawaii went on a huge 17-8 run to lead 65-56 over the Highlanders with 5:12 to go. A deep triple from James Jean-Marie put Hawaii up by 12 with under four minutes remaining.

With under one minute remaining, the Highlanders found themselves down 83-73, and it appeared that the Highlanders were ready to call it a game. However, UCR made one final push in an attempt to win the game. A steal and layup from George Willborn cut the deficit to 5 points with 31.8 seconds remaining. A quick foul from UCR sent Hawaii to the free-throw line, sinking only 1 of 2 free throws. In the next possession, a quick layup plus the foul from Flynn Cameron, in which he sank the free throw, found the Highlanders to be only down by 3 points, 84-81, with 21 seconds left. However, Junior Madut from Hawaii would make 4 consecutive free throws, ultimately sealing the victory 88-83 for Hawaii and giving UCR their second loss of the season.

Arinze Chidom led the Highlanders with 20 points, and Zyon Pullin contributed with 18 points and 10 rebounds. However, they could not contain the University of Hawaii’s James Jean-Marie, who finished the game with 24 points, and Junior Madut, who finished with 21 points, 7 rebounds and three steals.

The Highlanders played their second game against the University of Hawaii in which UCR won 70-68.