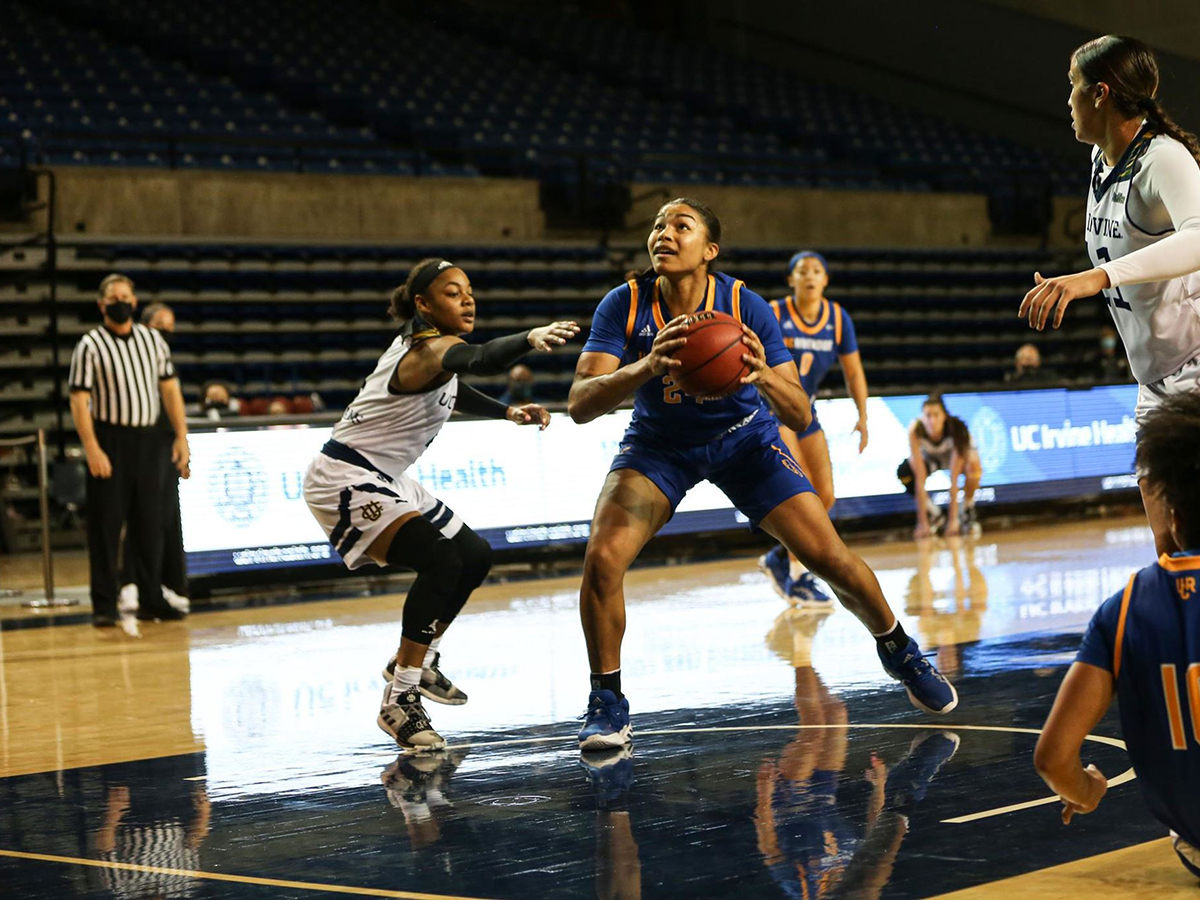 On Jan. 8, the UCR Highlanders women’s basketball team played their first game against the UC Irvine (UCI) Anteaters in the Big West Conference. UCR has endured multiple game cancellations as a result of COVID-19 related reasons. UCR’s series against the University of Hawaii was cancelled after a COVID-19 test came back positive on the Rainbow Wahine.

In a display of power, the UCR Highlanders triumphed over UCI with a 63-45 win. This secured the first win for UCR’s women’s basketball team against a Big West Conference opponent. The starting lineup for the game included freshman Jordan Webster, sophomore Jada Holland, senior Keilanei Cooper, freshman Kari Kyrkjebo and junior Daphne Gnago.

The Highlanders got off to a strong start and led 16-6 by the end of the first quarter, setting the stage for the remainder of the game. Webster secured the first points of the game, including a stunning 3-point shot.

The Highlanders went on to play UCI in their second game on Jan. 9 but ultimately lost 60-62.