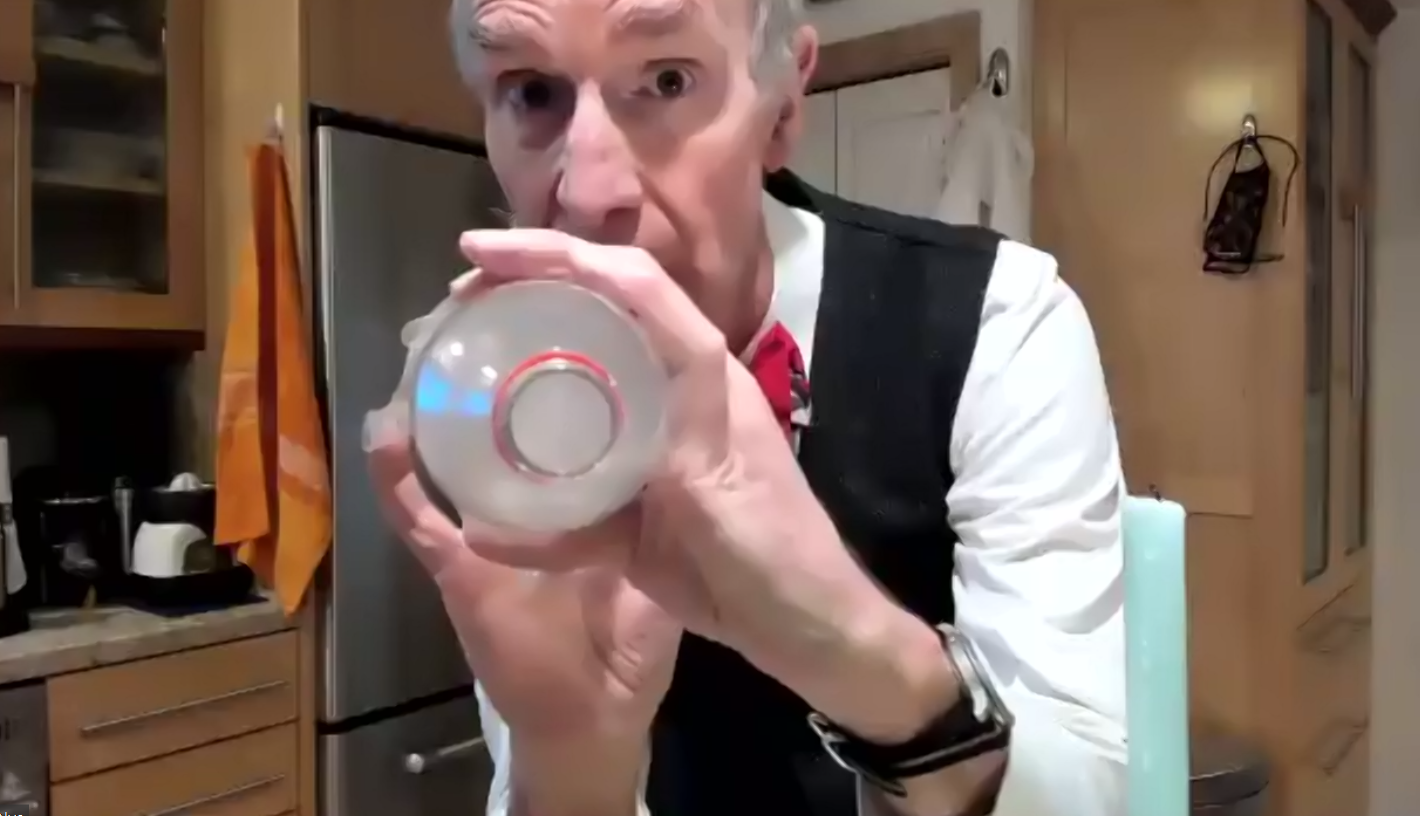 On Friday, Jan. 15, the Associated Students Program Board (ASPB) hosted a virtual lecture: “Consider the Following with Bill Nye the Science Guy.”

Nye is most popularly known for his television show “Bill Nye the Science Guy,” which first aired in 1993. The show has since produced 100 episodes and has won a total of 19 Emmy awards. Since the television show premiered, Nye has become a recognizable figure in science classes all around America. Esperanza Avendano, a UCR student in the Zoom chat, stated that “Bill taught me when my 7th grade teacher didn’t.” Jaivyn Laren, another UCR student, claimed that “Bill Nye walked so that every science teacher could run.”

The event started 10 minutes late, but there was music playing and excited messages in the chat as people started to log in. Students were welcomed to write questions using the Q&A feature on Zoom. When Nye was finally introduced, he popped up on the screen dressed in a bow tie and vest.

Nye began by giving a few science demonstrations using a candle. First, he showed the audience that we cannot blow out a candle with a flat object between our mouths and the flame. However, we can blow out a candle with a round object between our mouths and a flame because the air that we blow will go around the barrier and towards the fire. Then, he attached a square of plastic to the end of a water bottle with a rubber band. The water bottle he used was cut in half, so when Nye flicked the plastic square, enough air was released to blow out a candle from a distance. Finally, Nye lit and blew out a match before dropping it in a water bottle with a little liquid left inside. After he squeezed the bottle a few times, a cloud began to form within the bottle.

When Nye finished presenting, Dr. Robert McKee, a professor at UCR, asked Nye about his career on television and its contributions to science. Nye explained that he “aimed the show at people in the 4th grade” and that he believes the show was successful because it “treated the viewers like scientists.”

Nye then listened to questions from UCR students. In this last part of the lecture, students were given the chance to speak to Nye and ask him the questions they wrote in the Q&A feature. Liana Banh asked, “Do you think humans will ever discover any extraterrestrials?” Nye replied that he is hopeful that we will discover extraterrestrial life and pointed out that scientists theorize “life started on Mars,” making every living being on Earth descendents of martians.

Lesly Naranjo asked, “What kind of music do you listen to on a daily basis?” Nye replied that he usually listens to SiriusXM, R&B and an old country music station. Although, he is familiar with popular music artists and mentioned that he recently met Taylor Swift at one of her concerts. He also joked about his recent performance to a Lady Gaga song on “The Masked Dancer.”

Finally, Megan Woodall asked, “What is the single most important thing that we as a society can do to address our climax crisis?” Nye encouraged us to vote for government officials who believe in the importance of tackling climate change. He claimed that “we need new ideas” and that government funds are the best ways scientists can receive the materials they need to discover new things.

Nye believes that “it’s up to us, to you guys, to change the world.” This guest lecture was informative and inspiring, regardless of your field of study.