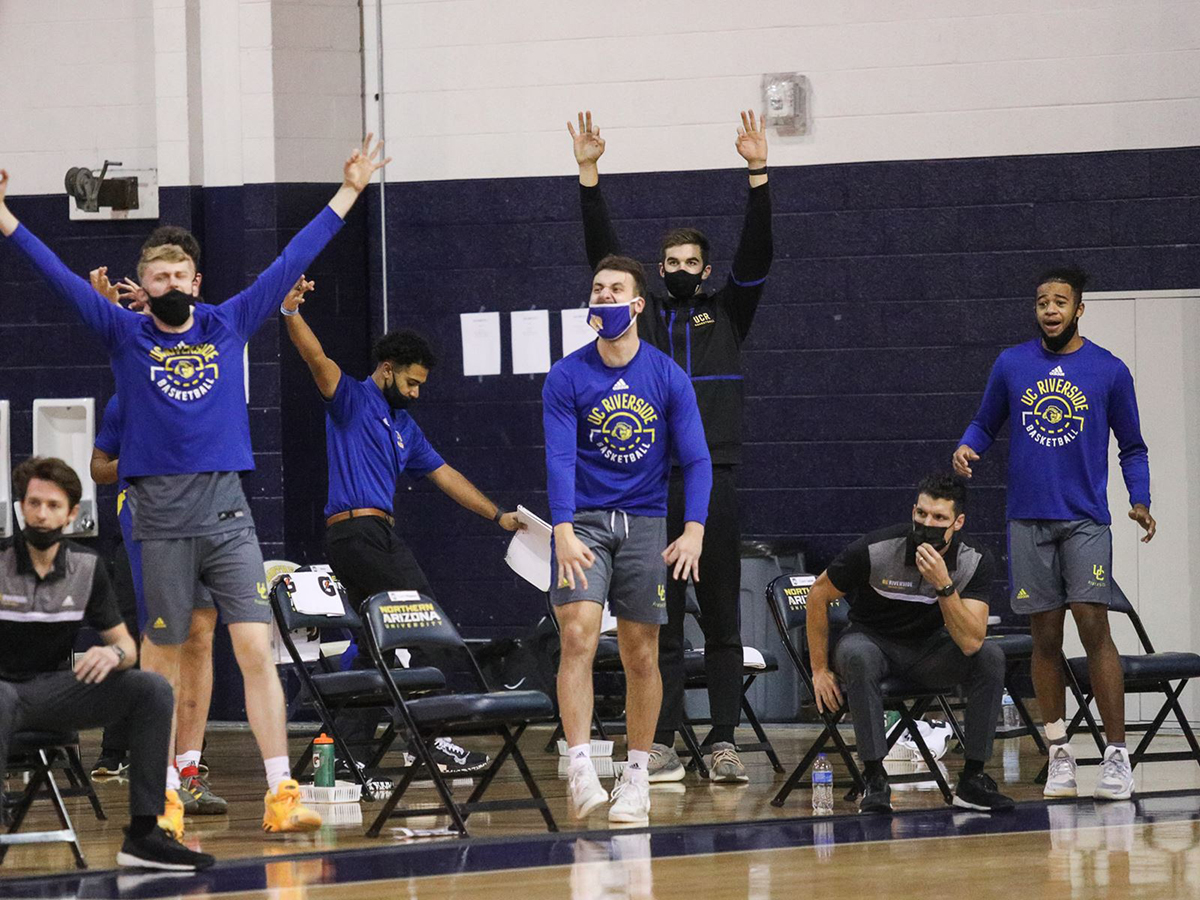 This weekend on Friday, Jan. 15, UCR played their first game against California Polytechnic State University San Luis Obispo (Cal Poly SLO). After a very rocky first half, the Highlanders demonstrated an intense vigor that led them to their 35-point advantage victory.

The Mustangs held on to the lead for the majority of the first half, going on a 5-0 run within the first two minutes of the game. UCR did their best to keep up to no avail as Cal Poly SLO’s sophomore forward Alimamy Koroma extended the Mustang’s lead as he kept sinking baskets. With 15 minutes still to play in the first half, Cal Poly SLO was ahead of UCR 11-6, prompting a timeout being called. After the timeout, UCR tried chipping away at Cal Poly SLO’s lead, but were ultimately unable to. Cal Poly SLO went on another 5-0 run before the Highlanders could score another shot. UCR managed to come back, tying the game at 19-19 with seven minutes left in the game. This prompted a series of back and forth points being scored by both teams as they went on the offensive. Cal Poly SLO would end up in front at the end of the first half 37-36, with UCR close behind.

The second half proved to be a completely different ball game for the Highlanders. They came back with a newfound intensity. They went back and forth with Cal Poly SLO before going on a 13-0 run prompted by freshman shooting guard Wil Tattersal, who scored three consecutive 3-pointers, setting a precedent of the rest of the game. This run was interrupted by Koroma, as the Mustangs scored a total of 4 points as they tried to bridge the distance, leaving the game 57-45 with 12 minutes still left in the game. UCR pressed on, going on another run and scoring a total of 22 points before Cal Poly SLO could score again, which left the game 73-45. With a little over five minutes, redshirt senior center Jock Perry and junior point guard Flynn Cameron scored from deep, helping UCR close out the game, essentially shutting down the Mustangs at 86-51.

UCR kicked into a higher gear for the second half of the game, keeping possession of the ball through rebounds and finding the back of the net from the 3-point line. The Highlanders amassed a total of 28 rebounds as opposed to the Mustangs’ 17. Their shooting improved significantly with a field goal percentage of 56.3 while Cal Poly SLO’s was 12.9. This charge was led by Tattersall who reached a new career-high of 19 points aided by redshirt senior forward Arinze Chidom, sophomore point guard Zyon Pullin, Cameron and Perry, each scoring in the double digits.

Despite their grand victory, Head Coach Mike Magpayo recognized that the following game would require them to be just as sharp. “We have a great challenge tomorrow. Road wins are very very hard to come by and we will have to be just as connected and locked in to find a way tomorrow.”