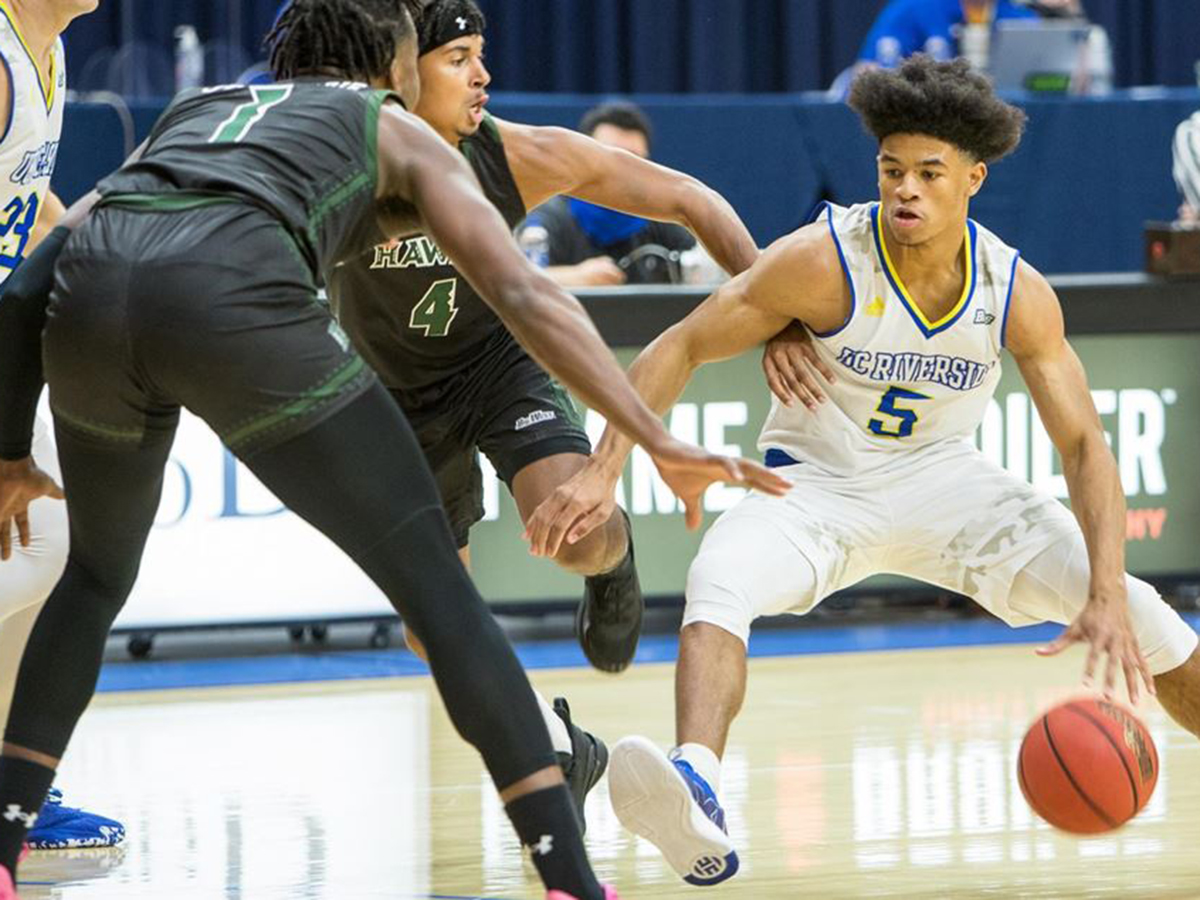 On Saturday, Jan. 16, coming back from the momentum of their victory the night before, the Highlanders went against California Polytechnic State University San Luis Obispo (Cal Poly SLO) for their second match. The Highlanders started the game on the right foot, despite the Mustangs’ attempt to erase their defeat from the night before, taking UCR to a 7-7 game in the first five minutes of the game. UCR replied with a 9-0 run that would take them to a 10-point lead with a little over 10 minutes left in the game. Cal Poly SLO did not back down, tying the game in the next five minutes and leaving the scoreboard 20-20. This prompted an intense back and forth in the final minutes of the game that eventually ended with UCR on top 30-26.

Just like the previous game, UCR came back much stronger in the second half of the game and quickly created a comfortable lead for themselves in the first few minutes of the game. They went on an 8-point run before being interrupted by the Mustangs, leaving the scoreboard 38-30 with a little over 15 minutes left in the game. UCR bounced back, scoring a quick shot as the Mustangs sank a few shots of their own. The Mustangs fought to stay close, but the Highlanders proved to be too much, extending their lead by 11 points 51-39 with a little over 11 minutes left in the game. UCR kept attacking as the Mustangs tried to chip away at their lead. This was to no avail as UCR pressed forward, capping the Mustangs’ score at 53, as the Highlanders scored a total of 70.

The Highlanders came in strongly, refining the different areas that they had lacked in the night before. They sought the ball vividly, rebounding a total of 43 times while Cal Poly SLO only rebounded 29 times. Sophomore point guard Zyon Pullin’s ability to find the back of the net was also shown throughout the game as he totaled 20 points during the game. Similarly, redshirt senior center Jock Perry also remained strong, totaling 17 points this game. UCR did well in tightening their defense, focusing on shutting down Cal Poly SLO’s best players.

“Our defense did the job again today overall holding Cal Poly to 31% from the field. Flynn had another spectacular defensive effort on their best player, Rogers, holding him to 1-8 today (4-20 on the weekend) and we made the adjustment putting Arinze on Koroma and Arinze did a great job there holding him to 3-10 shooting and two turnovers,” said Head Coach Mike Magpayo.

UCR’s ability to come back amidst tough beginnings demonstrated real heart on behalf of the coaching staff’s ability to lead, as well as the athletes’ ability to thrive under pressure. Magpayo was impressed with his team’s ability to win both games, stating, “They treated this like a straight business trip and wanted to close the deal tonight. It’s always tough to get back-to-back wins for a road sweep, but they finished the job.”

The Highlanders will return to the SRC arena on Jan. 22 and 23 to face the Cal State University, Bakersfield Roadrunners.