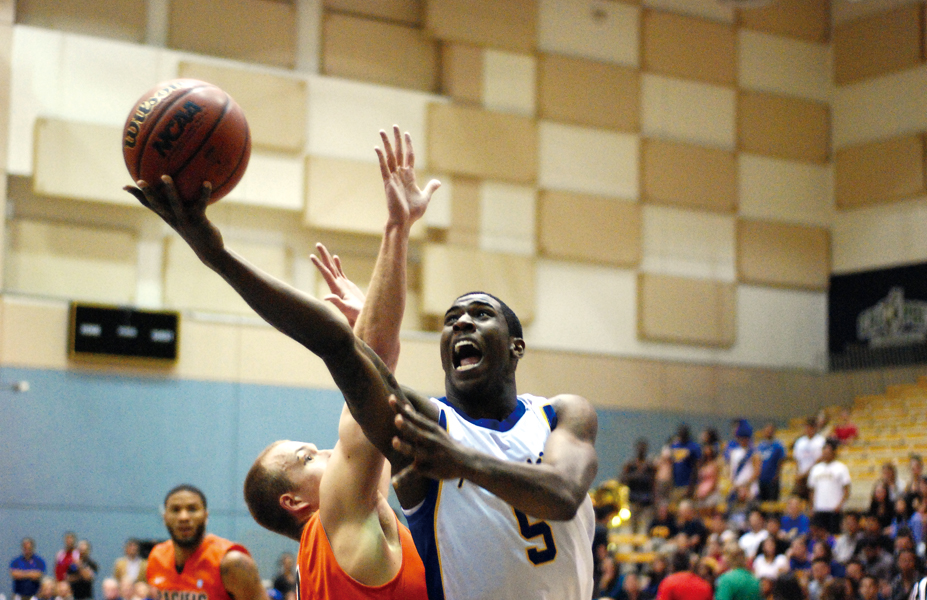 UCR had three players in double figures. Chris Patton was the leading scorer for the Highlanders with 18 points, Taylor Johns chipped in 14 and Chris Harriel contributed 10 points.

Chris Eversley willed the Mustangs to victory with 19 points, four rebounds, five assists and one steal. The Mustangs also had bench scoring from Reese Morgan with 16 points going 4-4 from three-point range.

There weren’t many free throws in the game, but Cal Poly took advantage of the charity stripe by shooting 8-11 while the Highlanders shot 7-14. The Highlanders coughed the ball up seven times compared to the nine turnovers by Cal Poly.

The Highlanders came out of the gate firing on all cylinders, shooting 18-26 from the field. With five minutes left in the half, UCR extended their 23-21 lead to 40-26 when they went on a 17-3 run to go into halftime.

In the second half, Chris Eversley and the Mustangs took control of the game with the help of a 22-4 run. Eversley connected on a triple that put the Mustangs up 53-52. Cal Poly’s defense held the Highlanders to 4-19 shooting to close out the game. The Highlanders are on a four game losing streak.

The UC Riverside men’s basketball team ended the 2012-2013 season with a loss at UC Santa Barbara 56-46. Riverside started the game on a fast note but had another second half collapse, which has been a recurring theme this season. The Highlanders led 8-2 within the first six minutes of the first half. UCR converted missed shots and turnovers into a nine point lead, 23-14, but the Gauchos fought back making baskets to close the gap 24-21 entering the half.

Bad offense and good defense was a theme in the first half as both teams shot 50 percent. The Highlanders turned the ball over six times while the Gauchos had eight. UCR was unable to hit shots, shooting 8-32 from the field. On the other side, the Gauchos shot 12-28.

After a 41-41 tie with 4:31 left, the Highlanders were unable to stop the Gauchos from scoring.  UCR allowed Santa Barbara to score 11 in a row in the next three minutes. The game was a defensive battle as both teams struggled on the offensive side. Chris Harriel scored 18 points, Austin Quick chipped in with 15, and Chris Patton scored 7. For the Gauchos, Alan Williams scored 19 points. Michael Bryson manufactured 11 and Kyle Boswell contributed with 12.

This marks the end of the UC Riverside men’s basketball season. The Highlanders finish with a 6-25 record overall and a 3-15 record in the Big West.