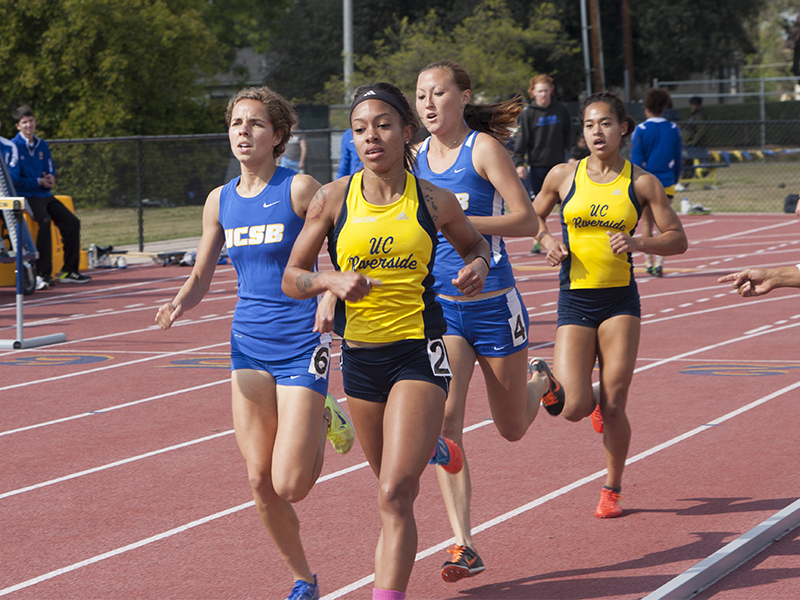 UC Riverside’s Travis Smith traveled to Fayetteville, Ark. on Friday, March 8 to compete in the 2013 NCAA Indoor Track and Field Championships. As the lone member of UCR’s team to compete in the event, Smith made the best of his trip and had a performance to remember.

He went into the event ranked 15th in the nation after his throw of 62’ 45” at the UW Invitational in January allowed him to qualify for the event. In the championships, he would not disappoint. Smith recorded a shot put throw of 60’ 11.5 inches to finish in ninth place in the preliminaries.

Smith was unable to record a longer throwing distance, but his performance still earned him Second-Team, All-American honors at the event, marking the second time he has earned that honor. The first was a year ago at the 2012 Indoor Championships.

UCR has not earned an All-American honor since Danny Reed did it in 1997 when he competed in the 5000m.

UCR hosted a dual meet against UC Santa Barbara this past Saturday but the women’s team lost 95-84 and the men’s team fell 112-62. Although they dropped the overall event, the Highlanders outcompeted the Gauchos in a number of the events they participated in. Damajeria DuBose, Jacquelyn DuBois and Amber Wright had solid performances as all three finished the competition with two wins each.

Other winners included Seth Totten who finished first in the 300m run with a time of 8:33.32.

Despite the Highlanders’ solid performances, it was UC Santa Barbara who came out victorious in overall competition.

The Highlanders will follow this home meet with a trip to San Diego starting on March 15 as they compete in the Aztec Invitational.