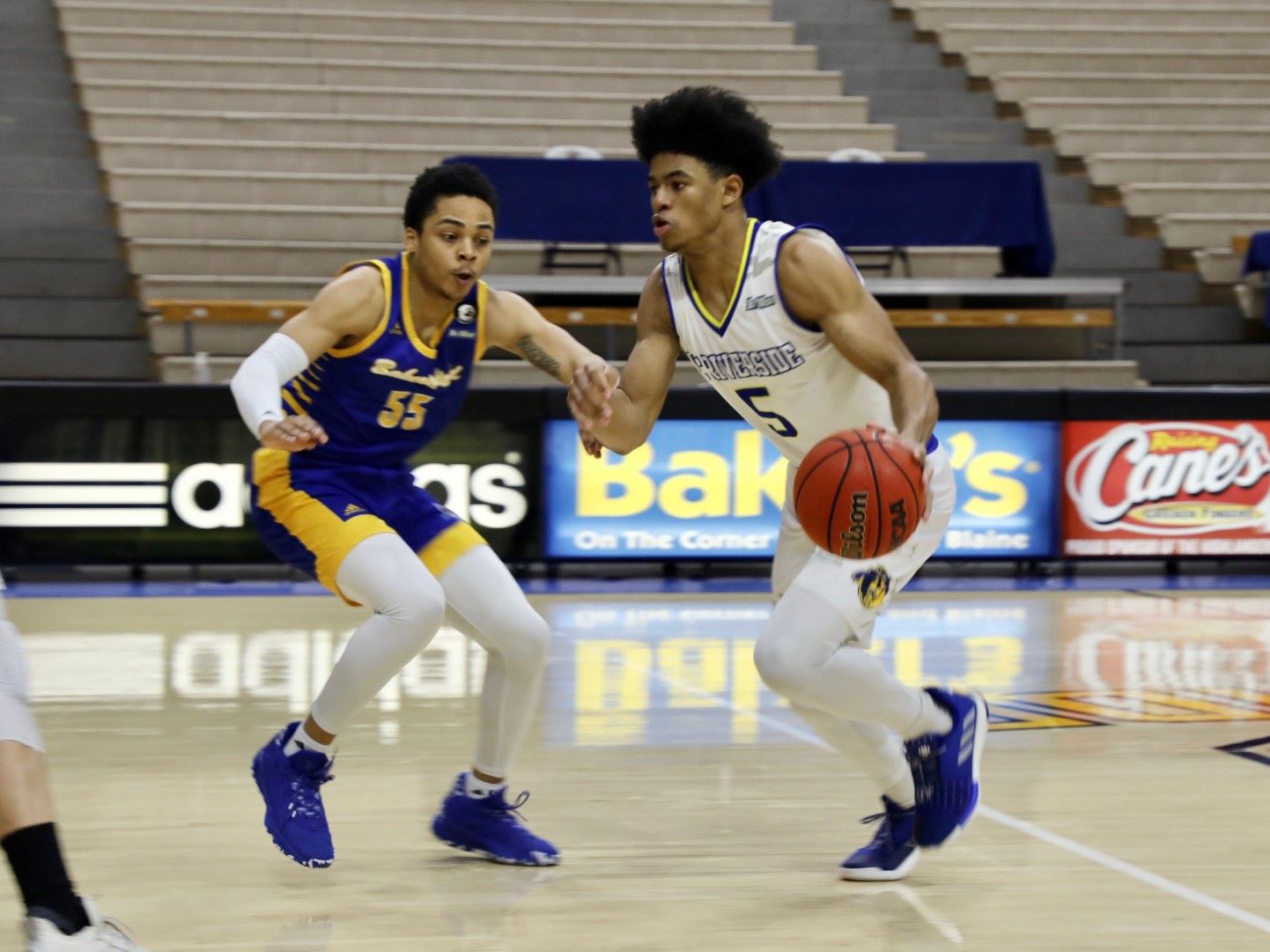 UCR’s men’s basketball team defeated California State University, Bakersfield 70-63 in a back-and-forth battle. Coming off of a heartbreaking loss yesterday, the Highlanders looked to get revenge today with a win. An all-around team effort helped the Highlanders avoid a season sweep from Roadrunners.

The game had immediately started in a back-and-forth affair, as both teams traded baskets to open up the game. A 4-point play opportunity for Wil Tattersall saw the Highlanders go up 14-8 in the opening seven minutes. However, back to back triples from Bakersfield’s Taze Moore and a jumper from Ronne Readus cut the UCR lead to 1 point, 17-16. A 3-pointer from Grehlon Easter gave the Roadrunner’s the advantage at 21-20 with around seven minutes left in the first half. Both teams continued to trade baskets to end the first half, with Cal State Bakersfield leading 32-31 going into the locker room. Both Flynn Cameron and Tattersall had 7 points to lead the Highlanders at halftime. However, the Roadrunners outrebounded UCR 20-14, including seven offensive rebounds, which gave Bakersfield extra possessions to take the lead at the halfway point.

Coming out of the half, both teams continued their tug of war battle, as there were 19 lead changes during the game, and neither team was able to pull away with a lead. A layup from Bakersfield’s junior guard and forward Justin McCall put the Roadrunners up 50-45 with around 12 minutes left in the game. However back-to-back triples from Tattersall and redshirt senior guard Dominick Pickett moments later gave the lead back to the Highlanders 53-52, forcing Bakersfield to call a timeout. Out of the timeout, Bakersfield’s senior forward Shawn Stith scored a layup plus the foul to put the Roadrunners back up 55-53. A hook shot from redshirt senior forward Arinze Chidom gave UCR the lead again 57-55, and a 3-pointer from Pickett extended the lead 60-55 with five minutes to go. However, Bakersfield would not let up and took the lead 61-60 off of a layup from McCall with 3 minutes and 30 seconds left in the game.

Free throws proved to be crucial for the Highlanders down the stretch, as the Roadrunners were in foul trouble and UCR made them pay by converting 13-15 from the charity stripe in the second half. A couple of made free throws gave the Highlanders the lead 66-61 with 1 minute and 45 seconds to go. With 37.2 seconds left and Bakersfield down by 3 points, Moore was called for a travel on a stepback, which gave the ball back to UCR. The Roadrunners quickly fouled Chidom, in which he knocked down two clutch free throws to put the Highlanders up by 5 points and sealing the game for the 70-63 win.

Chidom and redshirt senior center Jock Perry led the way with 14 points for the Highlanders, and UCR redshirt freshman power forward Oliver Hayes-Brown off the bench grabbed six rebounds and a block to help the defense. The Highlanders held the reigning Big West Player of the Week Taze Moore to only 13 points on 4-12 shooting from the field.
The Highlanders improved their record to 7-4 and will take on California State University Fullerton Friday, Feb. 5 and Saturday, Feb. 6, both at 5 p.m.