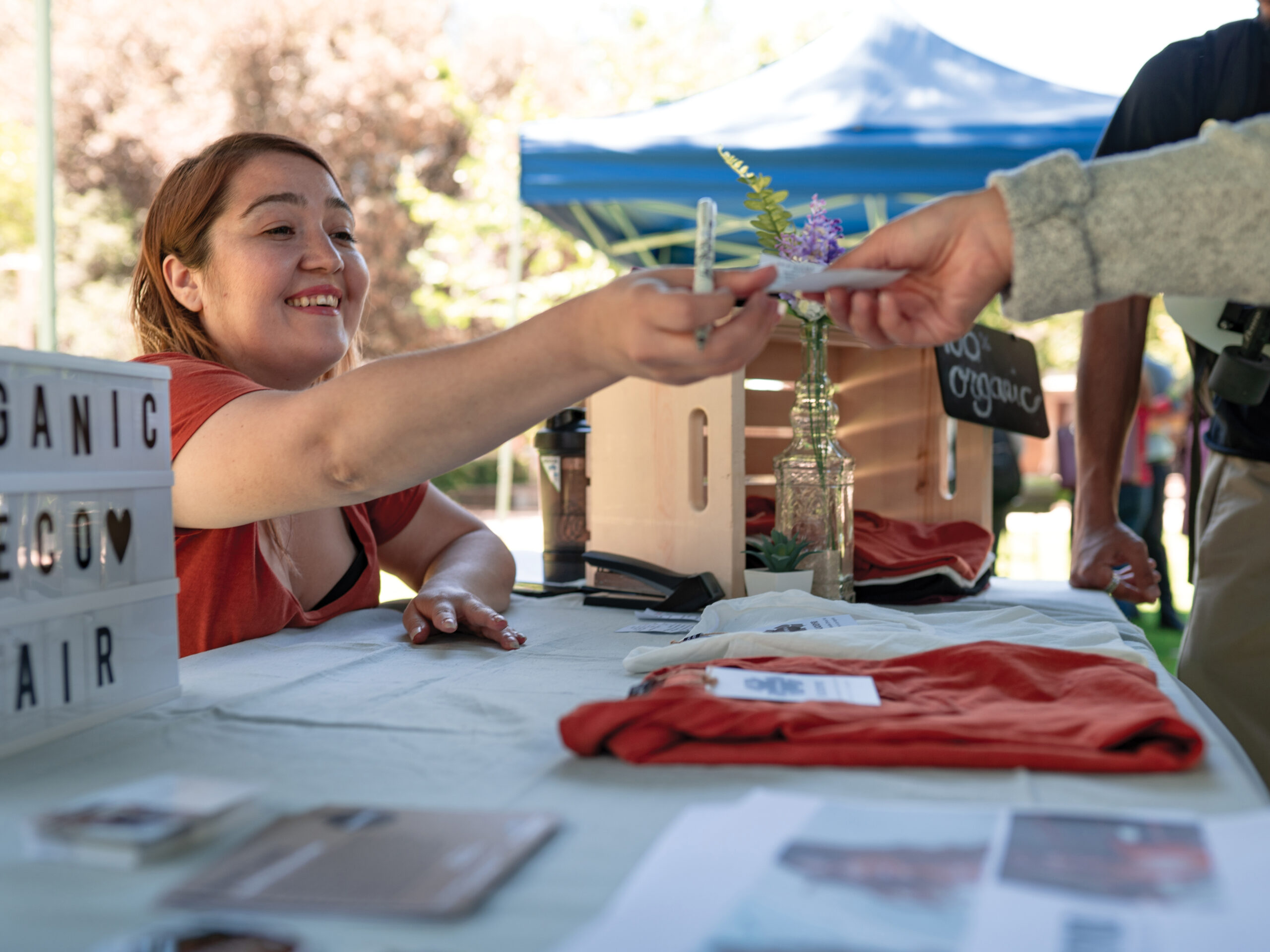 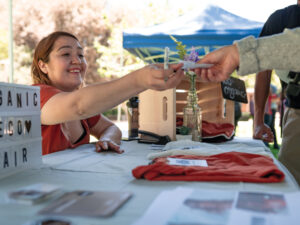 On-campus student organizations are an integral part of the UCR community and experience. These extracurriculars provide opportunities for all students, ranging from professional development to social networking. Though perhaps most importantly, these extracurricular groups help individuals find a place of their own and promote a sense of belonging within the vast university community.

This is especially true for cultural organizations, whose focus is largely to educate and create a safe space for those of specific cultures to bond and share their heritage with others. However, due to the significant loss of in-person connection, these organizations have suffered and have had to make many adjustments. With the entirety of the 2020-21 school year now confirmed to remain online, any last hopes of returning to campus and reconvening in person have been extinguished.

The Highlander spoke to five cultural organizations about how they have been dealing with COVID-19 restrictions thus far and to get their thoughts on the near future.

For Alvee Ahmed and the Bangladeshi Student Association (BSA), the process of adjusting to COVID-19 constraints has been draining. While they were on campus, the group was able to interact with members and potential members and participate in related events like Wednesday tabling at the Bell Tower. However, since campus shut down, they have had to brainstorm other ways of connecting, and according to Ahmed, it has not been easy.

As president, Ahmed expressed some frustration over the initial difficulty of having to balance his own sometimes overwhelming experiences with online classes and finding new and effective ways to maintain morale during this time. He told The Highlander that recruitment has been particularly tough, especially since his club is smaller and can sometimes have a difficult time reaching younger underclassmen. “While Zoom and all these other live webcam services have done a great job at bringing people together in the blink of an eye, it doesn’t really replace physical human interaction,” he stated.

One of the ways that he and the other members of BSA have been able to stay grounded is by maintaining a consistent meeting and events schedule, which has reportedly been made easier due to the absence of a room booking process. “I think it allows for our board members to look forward to something, and to be able to be more active within BSA,” he explained.

When thinking about the future, Ahmed is hoping that the transition from this year to the next is smooth and that the board members that assume responsibility are able to keep the organization alive and well. “I have faith in the people that are currently on board with me right now,” he concluded. ”So I’m rest assured that for whatever happens in the future, BSA will still be able to manage and thrive even in the midst of this pandemic.”

Genesis Maldonado and the Central American Student Alliance (CASA) expressed some similar sentiments in regards to adapting to this new normal, and missing the more interactive aspects of pre-COVID-19 activities. Despite this, she placed a strong emphasis on the support and effort that the current members of CASA have been funneling into the organization.

According to Maldonado, they have been successful in hosting virtual events and activities in order to keep membership growing and strong. Though their new numbers are smaller than in years past, she affirmed that they are understanding of the difficulties that everyone is facing during this time and are not discouraged by the quantity of members attending their meetings and events. “We feel empowered by the quality of the dialogue and outcome of our meetings,” she stated.

Even so, she admitted that balancing all of her personal responsibilities and dealing with feelings of hopelessness and a lack of motivation is taxing. However, she cites CASA as a big factor in helping her stay grounded and supported. “They remind me that we’re all in this together and that it is a difficult time for everyone, so I am not alone in this feeling,” she remarked.

According to Maldonado, the CASA board members follow her example, dedicating time to check in with one another and share any thoughts, concerns or questions amongst each other. As president, she says that it is her mission to foster a safe and comfortable environment for the board members. “Our unity as a board is what keeps us motivated … and by seeing that example, we hope that it’s able to transfer over to our general meetings,” she explained.

In regards to the future, Maldonado has nothing but complete faith in her organization, despite the ongoing challenges. She is confident that they have been setting an excellent example for future boards, and looks forward to seeing what CASA will accomplish from now onward.

Like many others, Davin Tran and the Vietnamese Student Association (VSA) have been negatively impacted by the loss of in-person contact. In response, the organization has strengthened their digital presence and adapted their marketing campaigns to multiple media platforms, which has proven essential to their continued growth.

VSA has been luckier in that they are one of the larger cultural groups on campus, but they have also seen a dip in membership and participation this past year. However, their staff has completely adapted all of their normal activities like Academic/Alumni Events, Outreach Events, Fundraisers, Service Events, Social Events, E-Sport Events, the A.C.E. Program and more to remote platforms. Additionally, according to Tran, their strategic usage of social media and word-of-mouth marketing has helped immensely for retention and recruitment.

Even so, the pandemic has also taken a toll on Tran’s life. Normally a busy individual, he told The Highlander that he would often find solace in time spent with family and friends, but with COVID-19 limitations, that time was severely impacted. Still, Tran affirmed that this situation has served as a reminder to cherish all relationships in life, and it is this positive attitude that he brings to VSA.

“This generation of VSA has shown more determination than any generation before to maintain the traditions and bonds of which hold the club together,” he stated, praising the hard work of the entire staff and intern class. To him and other members of the group, one of the most rewarding experiences of being in the club is the privilege of witnessing the happiness and relationships made through their club events, despite pandemic life. Due to their continued success, Tran is confident that there is nothing to fear.

“With their leadership in the future, my only worry/hope is being able to experience the amazing VSA they will be in charge of,” he concluded.

Carol Wann founded the Burmese Student Association last February, just before the pandemic spread to America. Needless to say, it has been difficult for her and the other members of this organization to expand and connect with interested parties. They had initially planned several on-campus events to promote their group and showcase Burmese culture, but the majority of these plans could not come to fruition.

According to Wann, recruitment was a lukewarm event, but it did not come as a surprise. “We didn’t expect to gain too many members whether we were in a pandemic or not, because the Burmese community is so small,” she stated, explaining that this was one of the primary reasons why she was inspired to start this organization. She desires to unite Burmese minority students and spread cultural awareness together.

Now, Wann has had her fair share of COVID-19-induced issues, citing a medley of personal, academic and extracurricular responsibilities that have been made much more difficult to balance in the past year. However, she told The Highlander that one of her biggest motivators is the workbook project that her organization is conducting; their end goal is to create workbooks for underprivileged children in Burma to learn English. “All of the board members are seniors so we are really looking forward to completing this project before we graduate,” she added.

When asked about the future, Wann confessed that she is worried about how the club will sustain itself after the current board members graduate, since they are largely composed of seniors. Though, she remains hopeful and believes that some of their younger members will “step up” to lead the club and help with its future growth and development.

For Nika Chegenizadeh and the Iranian Student Association (ISA), the pandemic has been nothing short of discouraging. While not impossible to navigate, the shift to largely online connectivity has been particularly difficult for them. “A huge part of being Iranian is the family-oriented culture and, speaking about myself now, my home away from home was my ISA family, and almost always being welcomed in that family-atmosphere,” she explained.

Of course, given the circumstances, this atmosphere has proved difficult to cultivate. Chegenizadeh stated that there has been a notable decrease in the amount of email sign-ups and registrations by new parties. She explained that ISA had revived back in 2019 after having been quiet for a long time before, and their turnout since then had always been promising — thus, the inescapable dip in participation was a harsh blow.

However, Chegenizadeh understands firsthand the unprecedented pressures and hardships that many are facing this year, and knows that the dip in interest is a unique case. “We are in our rooms for a majority of the time, trying to excel in classes, looking for remote opportunities to work and handling our personal lives,” she stated, adding that staying on Zoom for hours on end is not something that any student would typically enjoy.

According to Chegenizadeh, the best that organizations can do is to emulate what they would have done in-person. She stated, “For instance, creating a safe space for members and being together throughout the quarter, highlighting Iranian culture and traditions as well.” In an effort to do just that, ISA has been collaborating with other Iranian-student organizations across California. The success of these joint events inspired her and ISA further, and gave them hope in planning more for the future.

Overall, Chegenizadeh does harbor concerns over keeping the club and its leadership, as many of their board members are preparing to graduate within the next couple years. However, she added that the continued ambition and support of her fellow ISA board members has been incredibly uplifting, and whatever the future brings, she will continue to take pride in the work that ISA has accomplished.