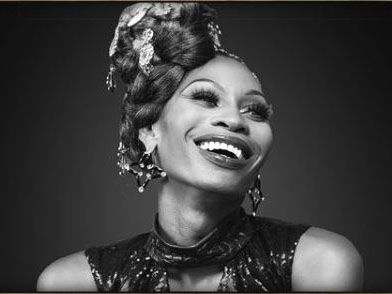 The event started off rocky as many students, including myself, were unable to access the event due to what seems to have been miscommunication between attendees and hosts. The event, which was originally set to begin at 5 p.m., was pushed to 5:30 p.m. via an announcement on social media. As a result, attendees who had not kept up with social media announcements were confused and left waiting for the event to begin. In addition, a few attendees had tried to access the event via the Zoom link sent to students’ emails after registering for the event, only to discover through Instagram that there was a separate Zoom link for the workshops. I was one of the attendees who had waited since 5 p.m. through the emailed Zoom link wondering why the event was not starting. I was eventually able to access the link and managed to catch the end of Dr. Higgins lecture as they were saying goodbye and mentioning the importance of self-care. What followed next was Dominique Jackson’s lecture which was accessible through a link posted under Higgin’s Zoom workshop chat.

At 6:30 p.m., actress, model and author Dominique Jackson appeared on the screen of many UCR students to give her lecture moderated by Geo Perez. Jackson’s most notable work is on the television show “Pose” and spent some time discussing her character Elektra Abundance as well as her experience on the show in relation to her own background. As a Black transgender woman, Jackson explained that she never thought she’d see herself on a television show; however, Jackson stated that “the world has given me the power” by starring in a television show with the largest transgender cast. “I am the moment, not the situation,” she explained.

Throughout her lecture, Jackson often referred to her history with domestic and sexual abuse and cited her history as a reason as to why she was able to stand in front of everyone and tell her story. Jackson stated, “I went through those things so you don’t have to,” and that she fought really hard to not let anyone put her in a box nor let anyone invalidate her power. While listening to Jackson’s experiences and what she had to go through, I could almost feel what she had gone through. I could feel her pain and sympathize with her. Many attendees commented uplifting and heartwarming messages towards Jackson that were noticeably appreciated by her.

At one point, moderator Perez asked Jackson how she got started working with nonprofit organizations, such as Destination Tomorrow, a Bronx-based LGBTQ+ organization. Jackson explained that, due to a history of sexual abuse, she feared being HIV-positive and tested negative. After becoming involved in the ballroom scene, an LGBTQ+ underground subculture with origins in New York, she became a mother to “beautifully talented children,” as part of her chosen family. According to Jackson, most of them were HIV-positive and she realized she would have to live with saying goodbye to people she loved. This realization led to her involvement with nonprofit organizations.

As Jackson was recounting her experiences, one could easily see the many emotions she had been carrying. Sadness, grief and, most importantly, love and self-acceptance. Her lecture was very uplifting and emotional. There were a few moments where I also felt like crying, especially when attendees were visibly crying on screen. What struck me the most was these students who were apologizing for their tears were quickly comforted by Jackson. She encouraged them to cry stating, “When we cry that means we are being cleansed.” This comment deeply resonated with me, leading me to realizing that crying is a healing process. Hearing Jackson say it out loud made me more appreciative of her loving aura.

During the student Q&A portion of the night, Jackson kept repeating the importance of self-love and open-mindedness. One student asked Jackson, “What do you think is missing in the movement for the liberation of trans people?” Jackson immediately replied that what was missing was open-mindedness. She stated that what matters is being true to oneself and not letting others put you in a box.

Another student asked, “What words of encouragement or advice would you give to the transgender community who are transitioning and looking into surgery?” Jackson explained that the most important aspect of getting surgery was to thoroughly research and be patient with the process, stating that it took her approximately 20 years to receive bottom surgery. Her advice was very insightful and came from a place of love and appreciation.

Despite being unable to fully attend Dr. Jon Paul Higgins workshop and listen to their lecture, Dominique Jackson’s lecture was fulfilling and made my heart feel happy and loved. I never knew it was possible to feel loved via a Zoom lecture, but Jackson made everyone feel loved and cared for in that 1 ½ she was with us. I will definitely keep an eye out for “Pose” season three and Dominique Jacksons future work