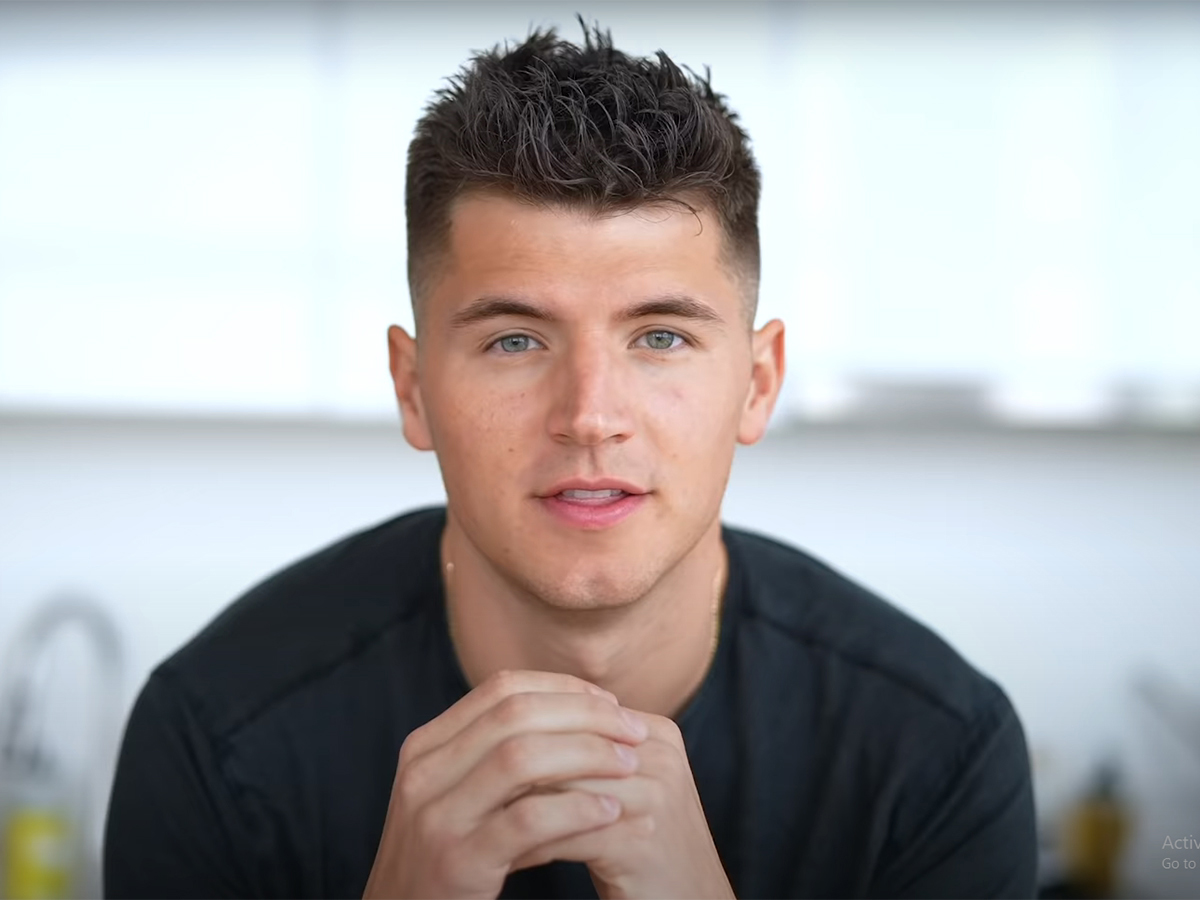 On Friday, Feb. 12, the Associated Students Program Board (ASPB) hosted “Spice It Up With Nick DiGiovanni,” an event featuring a cooking tutorial and Q&A with the former contestant from the TV show “MasterChef.” Following his television debut, DiGiovanni has since gained fame on TikTok and YouTube for his cooking videos.

The event was moderated by UCR’s Student Recreation Center Chef Valerie Rose Batlle. When she introduced DiGiovanni, he revealed that he was calling from the East Coast and that it was “10 o’clock right now in Boston.” But, regardless of the time difference, he and Batlle were both ready to cook in their respective kitchens.

The recipe that they planned to demonstrate was penne alla vodka, or vodka pasta. DiGiovanni used a special clear glass pot for the tutorial. He started out by adding a handful of salt to his pot of boiling water. He told viewers to “always remember to season your water before you put your pasta in there.”

While they cooked, Batlle pressed him with questions such as “What inspired you to be a chef?” DiGiovanni revealed that he comes from a family with many different cultural backgrounds, so he was introduced to different types of food since he was a kid. “I found out that I had a sweet tooth and that if I asked my mom to get me all the things I needed to make a lemon meringue pie, she would get that, no questions, but she wouldn’t buy me candy,” he stated.

Batlle then asked DiGiovanni how he’d managed to cook healthy meals in quarantine. DiGiovanni stated that during quarantine, he couldn’t go to the gym, so he stayed healthy by learning to cook healthier food. He also “took quarantine as a way to learn about all different kinds of cuisine” and practiced cooking dishes from cultures he was less familiar with.

After the pasta was finished cooking, DiGiovanni saved some of the pasta water claiming that the two biggest mistakes a person can make when cooking pasta are “one, they don’t salt their water and two, they throw away all their pasta water.” He then placed the pasta in a bowl and mixed butter in it so they didn’t stick together while he cooked the sauce.

For the sauce, DiGiovanni sliced an onion in half and told the viewers that by using a sharp knife to cut onions, the chances of crying are significantly reduced. Batlle added that keeping the root on the onion while cutting also helps prevent tears. After the onion was diced, DiGiovanni crushed some garlic and demonstrated his knife drop skills by throwing his blade down so it lodged onto the cutting board. He encouraged viewers not to attempt a knife drop with their own knives because it damages the cutting board and the blade.

DiGiovanni mixed garlic, onion, lemon zest, oil, vodka and heavy cream in the pan. He stated, “An important thing to keep in mind when your cooking is seasoning all the way.” He topped the dish with some parmesan cheese. Both he and Batlle declared that their dishes were delicious, and DiGiovanni added, “If you want to take it to the next level you can get some fresh basil, really play around with it.”

With the meals prepared, DiGiovanni moved on to the student Q&A portion of the event. Genevieve Chacon asked whether DiGiovanni had any recommendations for college struggle meals, to which he said that students should pick food that they know they like, but to also remember that pasta and fried rice are cheap and easy to cook.

Another student, Dylan Tonthat, was interested to know more about the clear pot that DiGiovanni used for the cooking demonstration. Tonthat wondered if there were any downsides in using a clear pot over a traditional one. DiGiovanni admitted that “they’re kind of a pain to clean” and “you can’t give it a quick temperature change.” He also stated that clear pots break easily so he doesn’t recommend that people buy one for daily cooking.

The last question came from Josh Castro De Leon who asked about DiGiovanni’s favorite part about cooking. He claimed that his favorite part was “making someone happy.” He went on to say that “from the restaurants I’ve worked in, being able to work in the kitchen and see the food go out … that’s a great feeling.”

DiGiovanni gave a lot of helpful tips to use in the kitchen. The recipe for his penne alla vodka can be found on ASPB’s Instagram account. In addition, everyone who attended the event was entered into an ASPB giveaway for the chance to win a set of kitchen utensils, an air fryer, or gift cards for HelloFresh. ASPB’s next guest lecture will take place on Feb. 24 and it will feature Michael Dante Dimartino, an animator and director for “Avatar the Last Airbender.”  Be sure to check it out!