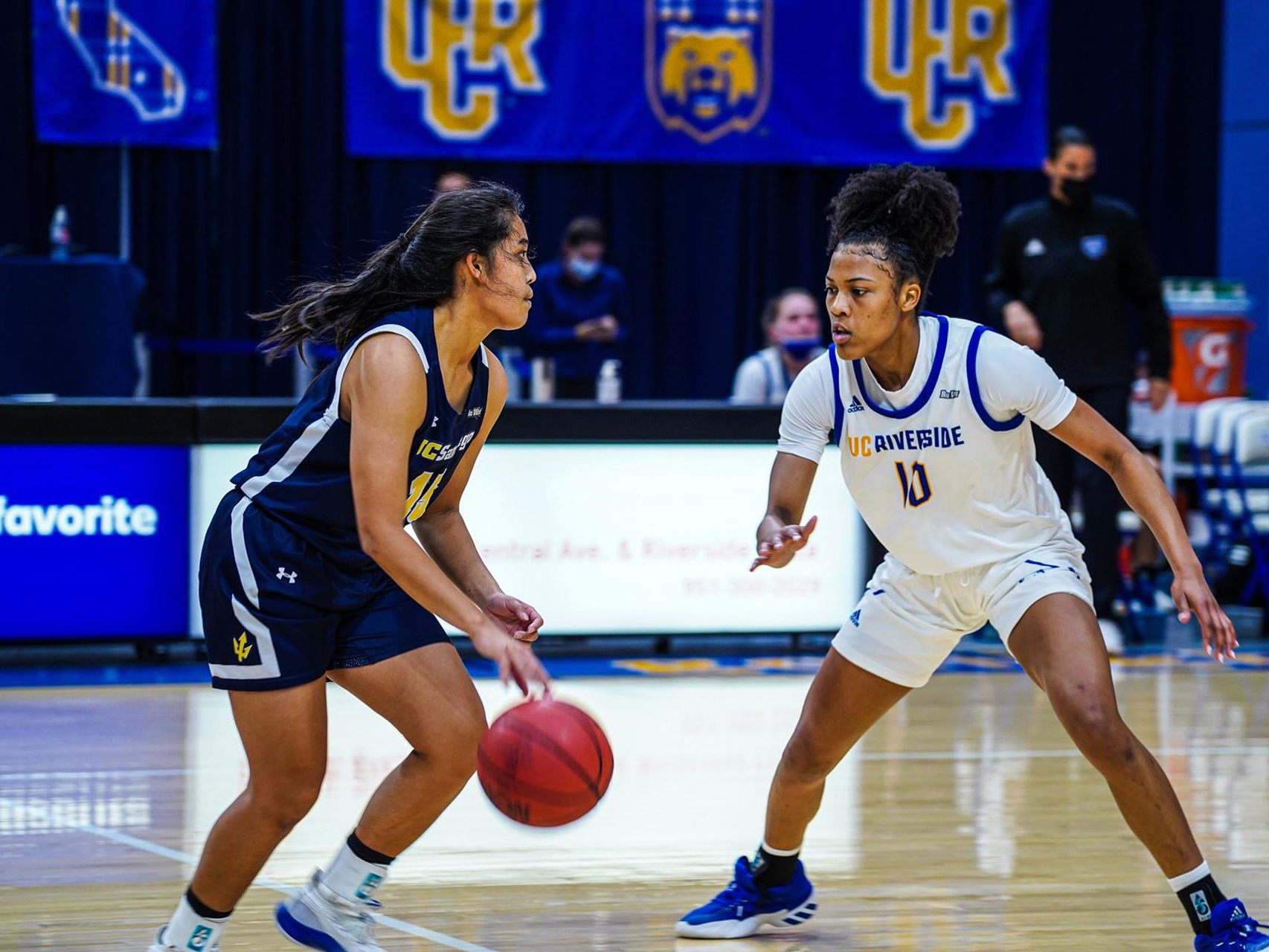 On Feb. 26, the UCR women’s basketball team started their last series of the Big West 2020-21 season. The series took place in Santa Barbara, the home of the UC Santa Barbara (UCSB) Gauchos. The UCSB team managed to break away for an early lead, which led UCR to lose the game.

UCR opened up the quarter with a jumper from sophomore guard Jada Holland. UCSB replied by going on a run, gaining 8 points before UCR could score another jumper. The Highlanders and the Gauchos traded points, while UCR tried to lessen the deficit until UCSB was awarded two free throws. Freshman guard Anya Choice managed to sink both free throws. The Highlanders managed to gain another 2 points while UCSB gained 4 before the end of the quarter, 8-18.

Going into the second quarter, UCR went on a 6-0 run in an attempt to close the gap in points. UCSB replied with 4 points of their own. Both teams traded shots, each gaining 4 points. The Gauchos then went on a brief 6-0 run which put them up 32-18, with 1:37 left in the half. The Highlanders fought to cut the deficit, but UCSB fought to stay in the lead. Both teams gained 5 points before closing out the second quarter 37-23.

“We just didn’t have a very good start. We have to have a better sense of urgency and intensity at the beginning of the game. Defensively, we are giving up the three-ball way too easily. They wound up shooting around 50% from distance. It isn’t a great formula for success to let your opponent shoot from the arc like that,” stated Head Coach Nicole Powell when asked about the first half.

Going into the second half, the Highlanders tried increased their intensity in an attempt to make a comeback. UCSB opened up the half with two successful throws. UCR was also awarded two free throws but only sank one. The Gauchos replied by going on a 10-0 run which put them up 49-24. UCR replied with a 7-0 run of their own, leaving the scoreboard 31-49. The Highlanders found themselves in a push and pull for the rest of the quarter, managing to make small runs in between UCSB’s advances. UCR earned 10 more points while UCSB gained only 7 points. The quarter ended 41-56 with UCSB still in the lead.

Despite the deficit in points they found themselves in, the Highlanders did not give in and kept attacking. They opened up the last 10 minutes of the game with a 7-0 run. UCSB managed to go on a 10-0 run of their own, 5 of those points from awarded free throws, essentially closing out the game. UCR managed to earn 4 more points while UCSB earned 2. The game ended 52-68.

The Highlanders were down in free throws and 3-pointers. UCR made 7 and 3 respectively while UCSB made 14 and 8. UCR did play a more intense game, shooting more field goals and giving up the ball less. The Highlanders only had 13 turnovers while UCSB had 20. Junior guard Lauryn Pointer led the charge with 15 points, and freshman forward Suzan Kinran was close behind with 8 points.

“We really just need to get out there and play harder and tougher. We can’t give up threes like that. We are excited to come back and make some adjustments tomorrow,” said Powell.

UCR faced UCSB again on Feb. 27. Coach Powell noticed some strong players coming off the bend and hopes to split the weekend with a win in Game 2.

“I’m really proud of and encouraged by our second unit. We had some people who came in off the bench who played some great minutes, really played hard. Although the start of the game wasn’t great, we played a really hard and strong back half,” stated Coach Powell.