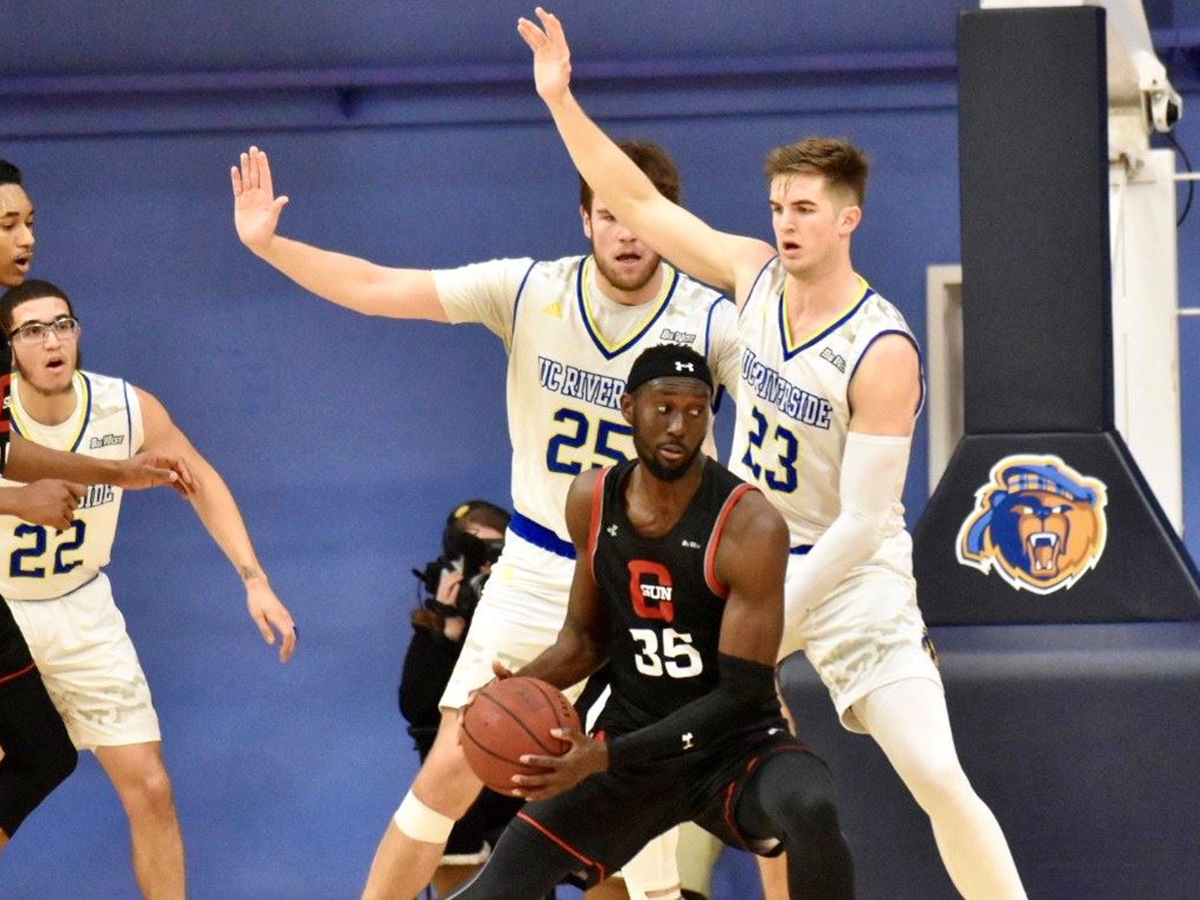 The UC Riverside men’s basketball team got a huge win against Cal State Northridge thanks to a great defensive stop from the Highlanders to close the game. The Highlanders were without their star player redshirt senior forward Arinze Chidom, as he sustained an injury during their second game against UC Santa Barbara the week prior. Without Chidom, sophomore point guard Zyon Pullin and junior guard Flynn Cameron stepped in to lead UCR to their best record in the Big West Conference since the 2008-2009 season.

However, CSUN rallied to cut into the UCR lead, and a triple from CSUN’s junior guard Darius Brown II would cut the Highlander lead to 32-28. A pair of made free throws from Pullin at the end of the half saw the Highlanders up 39-36. Cameron led the Highlanders with 9 points, including 3 3-pointers, and Pullin chipped in with 7 points and 3 assists. UCR also connected on an efficient 7-15 from 3-point range in the first half.

Coming out of the second half, the Matadors came out strong and tied the game 43-43 thanks to a 3-pointer from CSUN’s freshman guard Amound Anderson. A couple possessions later, CSUN took the lead 47-48 with a layup from Anderson. The Highlanders settled themselves and took the lead back 53-52 with a triple from Pullin. A couple possessions later, Pullin sank another 3-pointer to extend the lead 61-56 with 8:35 left in the game. When asked about Pullin’s impact on the game, Head Coach Mike Magypayo said, “He gets it done with offense, scoring, facilitating, and rises to the challenge defensively and rebounding … (he’s) as good as any guard in the league.”

CSUN was determined to not lose this game, and with 4:48 to go, the game was tied at 61-61. With 3:05 left in the game, a layup from CSUN’s freshman forward Alex Merkviladze gave the Matadors the lead 64-66. The Highlanders responded with a putback layup from redshirt senior center Jock Perry to tie the game back up. With 1:40 to go and UCR down by 1 point, redshirt senior guard Dominick Pickett sank a huge top of the key 3-pointer to give the Highlanders the lead 69-68.

With eight seconds left in the game and UCR up 71-68, CSUN had one more chance to tie the game and force overtime. However, senior guard George Willborn III deflected a pass, which led to a scramble for the ball, a turnover for the Matadors and gave the Highlanders the victory with a final score of 72-68. “It is a coach’s dream to win the game on the last play with hustle and guys diving on the floor,” said Magpayo when asked about the last defensive play.

Pullin led the Highlanders with 17 points and 7 assists. Cameron contributed with 14 points, including four 3-pointers and Perry chipped in with 13 points and 8 rebounds.

The Highlanders improve their record to 12-7 (8-5) and will look to play in the Big West Championship next week in Las Vegas.