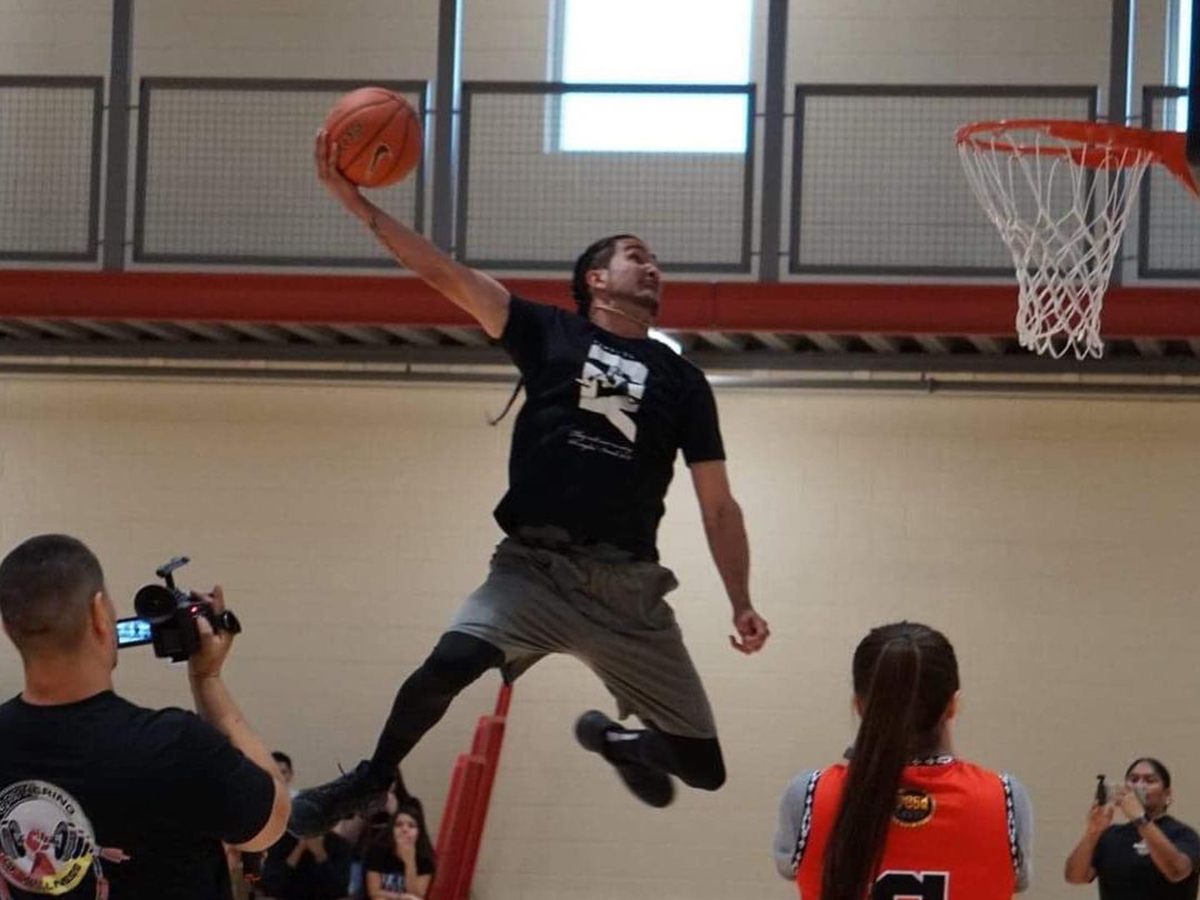 The Native American Students Program collaborated with UCR Athletics to organize a virtual lecture with Kenny Dobbs. Dobbs is a basketball player globally recognized as the best slam dunk artist in the world. He has been sponsored and endorsed by brands such as Nike, Redbull, Sprite and Google. Additionally, Dobbs runs a YouTube channel where he posts videos of his skills on the basketball court.

During his lecture on Tuesday, March 2, Dobbs discussed how his experiences have shaped him into the person he is today. Growing up, he was raised in Arizona in what he described as an unhealthy environment. His parents fought constantly, and he was exposed to drugs at a very young age. “I was kicked out of my house,” Dobbs stated, “and since I didn’t have parents telling me what to do, I dropped out of school.”

Education was not a priority for him, but he always had an interest in sports. “I always had a dream to be a professional athlete,” Dobbs claimed. He recalled how his childhood room was filled with posters of famous athletes, but slowly, he began to lose sight of his childhood dreams. It took him a long time to re-evaluate his life and to push himself toward achieving his old childhood goals. Dobbs returned to school and received his high school diploma. He also got a basketball scholarship at a junior college. Now, after receiving numerous awards at slam dunk competitions, Dobbs expressed that he felt like his goals and dreams have been accomplished. Through sharing his story, Dobbs wants to prove that anything is possible and that anyone can turn their life around and achieve their dreams.

There were less than 10 people who attended this lecture, so everyone had an opportunity to speak with Dobbs and ask him questions. Cinthya Gonzales asked what kept the dunking star motivated, to which he sweetly responded that his motivation comes from the need to show his daughters and the next generation of kids what he is capable of. He stated that he strives to make an impact on the lives of others, so he decided that he has to be his best self.

Other viewers asked similar questions about his well-being; Rachell Enriquez asked about his basketball routine prior to COVID-19. Dobbs claimed that he maintains a healthy diet because staying fit on the basketball court is more than exercising. “Training for myself,” Dobbs stated, “was something that was hard for me to do in the beginning because it required a routine.” He admitted that he hasn’t been able to go to the gym because of the lockdown, but he continues to work out at home. He even showed the Zoom audience the new basketball studio he built in his house.

Before COVID-19, Dobbs was looking forward to a packed schedule for 2020, and although many of his original plans were canceled, he announced that he still intends to accomplish his goals. Recently, his movie “Slamma Jamma” has been made available on select streaming sites. He expects to start touring soon, and he’s been training another athlete to win the Slam Dunk competition next year.

Despite all his successes, he humbly remembers his roots. When questioned about how he maintains Native traditions, he claimed that he still holds his beliefs of a universal creator. He was taught that everyone and everything is connected, so he must respect the land and take time out of his day to pray.

Throughout the lecture, Dobbs was very easy-going and comfortable talking to the attendees. He encouraged us to follow him on Instagram for the opportunity to win an
autographed poster and T-shirt. Attending his lecture was inspirational, and hopefully, we’ll see more of him on the court soon.