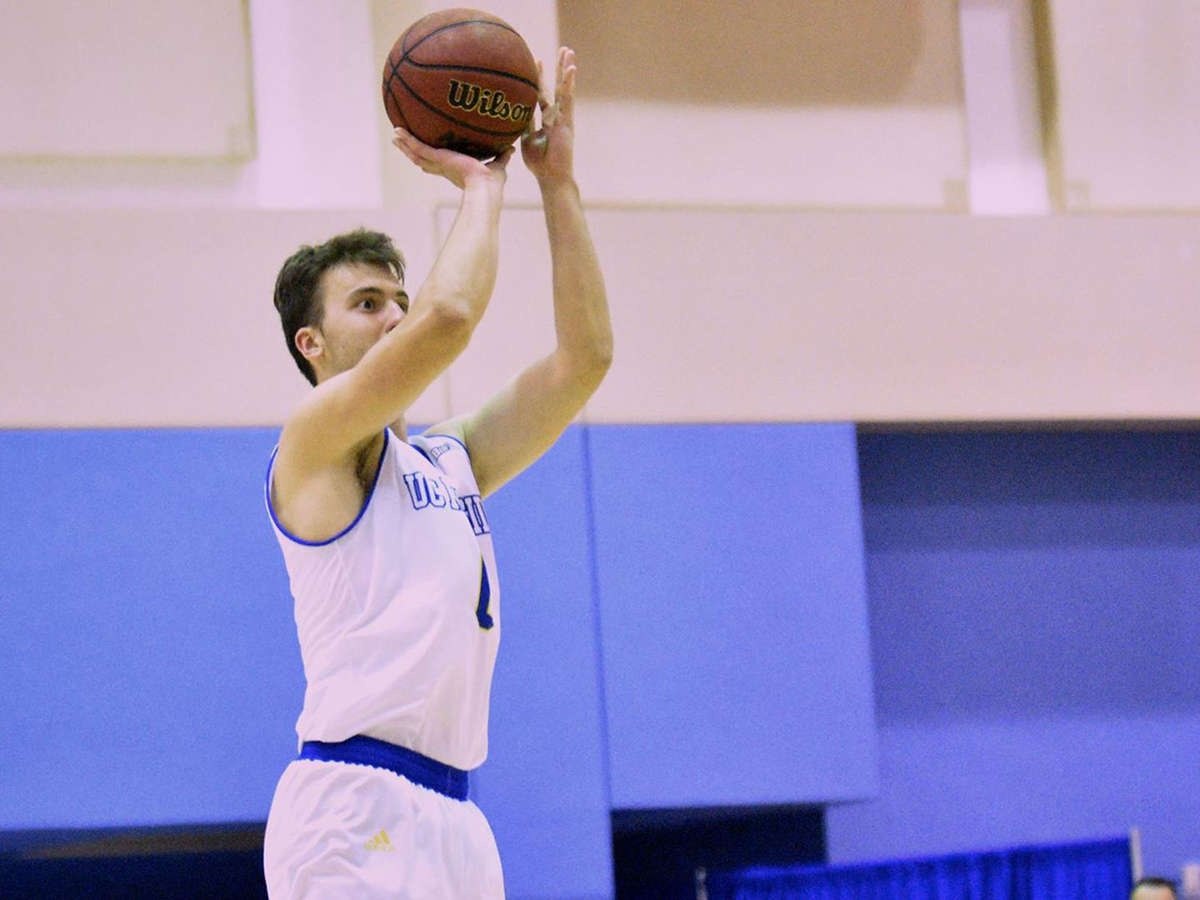 UCR’s men’s basketball team battled their way to win during a close second game against Cal State Northridge, ending at 66-65. Despite losing Game 1, the Matadors (9-11, 5-8) kept UCR on their toes throughout the contest. Ultimately, UCR (13-7, 8-4) prevailed to win their last game of the regular season.

The first half belonged to CSUN as the Matadors kept UCR in check on scoring and prevented the Highlanders from ever taking a lead. Led by redshirt junior guard TJ Starks, the Matadors attacked early to go on a 7-0 run within the first two minutes. A foul committed by CSUN allowed junior point guard Flynn Cameron to score the first 2 points behind the charity stripe for the Highlanders. The Matadors then went on an aggressive 16-0 run, forcing UCR Head Coach Mike Magpayo to call a timeout with 15:24 left to go.

Stepping in for the resting Chidom, a 3-pointer from redshirt sophomore Daniel Mading provided UCR a desired spark to help bring them back into the game. When interviewed by the Highlander, Magpayo had positive words for Mading, “We definitely have a next man up mentality, and Daniel plays Chidom’s position in the same manner. He was huge for us today and really in my eyes a huge reason we won the game today. He was big on the boards, hit timely baskets, and free throws. He had a perfect game. 100% from the field and free-throw line … 5 boards, 1 steal.”

Leading off of the momentum, the Highlanders overcame an early 21-4 deficit to only being behind by just 7 points at 23-30 with 4:31 remaining before halftime. Both teams took advantage of turnovers and missed opportunities on offense to keep it competitive down the stretch. UCR ended the half on a positive swing with Cameron sinking a 3-pointer to close it out before halftime, 33-38.

In the second half, the Matadors lost their early momentum. Helping lead the way for UCR’s comeback, redshirt senior center Jock Perry came alive for the Highlanders after a silent first half, where he was held scoreless and had just 1 rebound. Sophomore point guard Zyon Pullin and Cameron also contributed significantly to the momentum shift. The two teams battled in a tug of war match as one went on a scoring run while the other experienced a drought.

In response to the momentum shift and changes made at halftime, Magpayo responded, “We had to change our defenses a little bit. They were scoring at will early on us. The changing defenses disrupted their rhythm and then our guys got aggressive in our press and turned the game.”

With only 2:01 remaining, a clutch 3-pointer from freshman shooting guard Wil Tattersall cut the deficit for UCR to 1 point for the first time in the game at 62-63. CSUN’s junior guard, Darius Brown II, then responded with a 3-pointer of his own. A couple of possessions later, Perry then gave UCR its first lead at 66-65 with only 38 seconds left. In the final moments, UCR’s No. 3 ranked defense came up big to stop Starks from making a potential game-winning 3-pointer in the last 3 seconds of the game, effectively sweeping the Matadors.

Providing details about the overall offensive and defensive scheme changes in the last moments of the game, Magpayo said, “Offensively we just couldn’t make enough shots today so our guys just attacked the paint. Zyon attacked and Flynn and Jock started making some big shots around the basket.” Magapayo added that his versatility and ability to go inside really helped. He noted that the team shot 25 free throws today, a season high. Defensively they got incredibly more active towards the end and senior guard George Willborn had a huge steal layup and junior pointguard Flynn Cameron had a huge steal and 1.

Looking back on the accomplishments of the regular season despite a pandemic, Coach Mike Magpayo replied, “Our guys have been very bold in the standard they’ve set for themselves all year and continued to meet it every day, with a no excuses mentality. That’s what gives us a chance to always survive and advance. I’m eager to put our regular season growth to the test in the Big West Tourney.”

The Highlanders finish the regular season, 13-7 overall and 8-4 in conference play. UCR will play against the University of Hawaii on March 11 at 8 p.m.