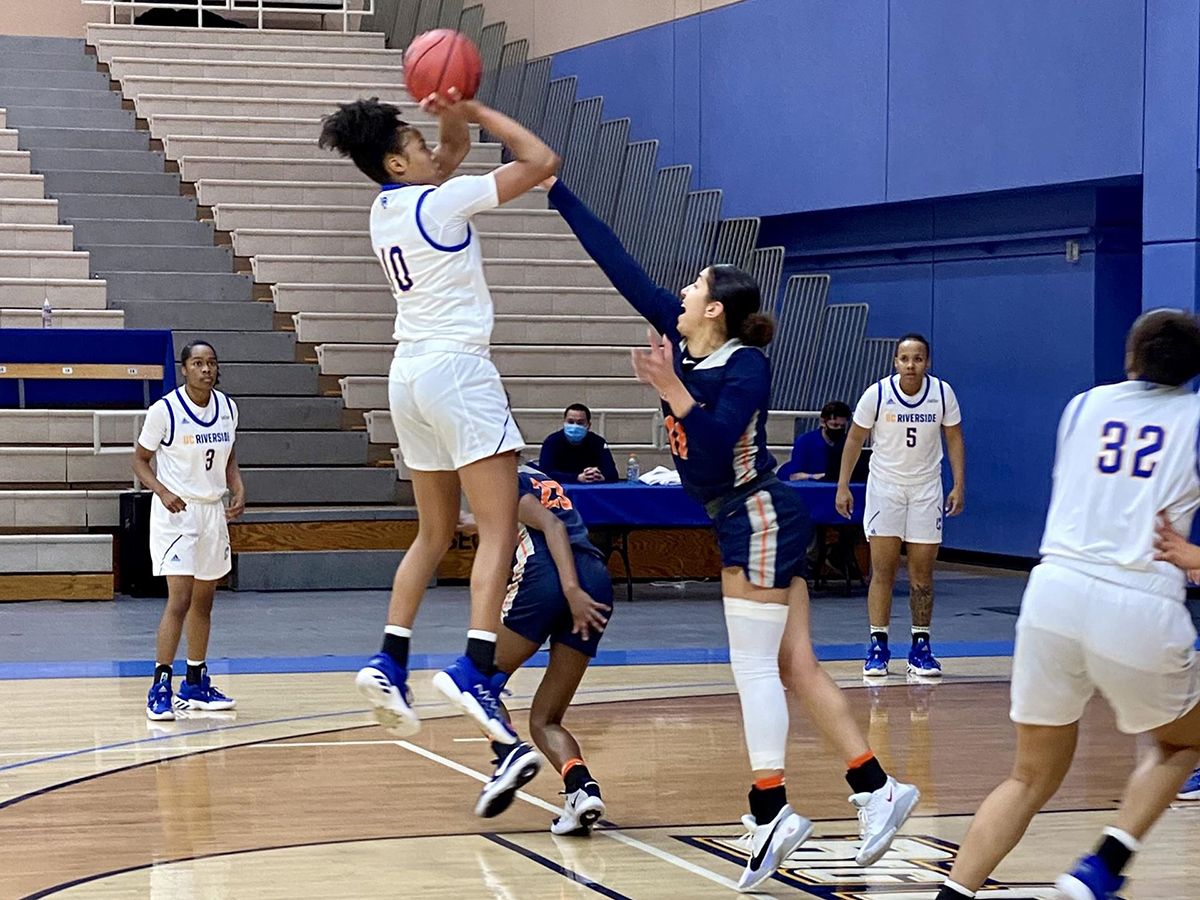 After the team’s last game against California State University Northridge to close the season, UCR had about five days before the opening game of the Big West postseason tournament against the University of Hawaii on March 11. The Highlanders entered with a seed of three for the tournament, the highest in the program’s history, and closed out the Highlanders 62-52.

“We knew it was going to be a really tough, physical game,” Head Coach Mike Magpayo said in a UCR press release. He stated, “Hawaii brought it in that sense. For us, when we don’t shoot it well, we know we can rely on our defense and rebounding, and our defense did the job.”

Halfway through the first half of the game, Cameron managed to hit a 3-pointer; Pullin’s pullup jumper helped the Highlanders immensely in securing the lead. The University of Hawaii was hard pressed to score when confronted with Pickett, who grabbed a career-high of 6 steals. Pickett, Perry and Pullin led with 14, 13 and 10 points respectively. Perry hit his first triple of the game during the second half that extended UCR’s lead to 38-31. Talented plays by key players, in combination with UCR’s impressive defense, is what managed to bring the game home.

This win, which was the program’s fourth win in Big West Tournament history, allowed UCR to advance to the tournament semifinals for the first time since 2011. They went on to face the No. 2 seed of the tournament, UC Irvine, who put an unfortunate end to their winning streak.

UCR had a hard time gaining momentum at the beginning of the game, which led Irvine to create a comfortable lead for themselves. It wasn’t until Perry knocked down a high-post jumper from the opposing team that UCR was able to extend their run to 7-0, cutting down UCI’s lead. The Highlanders did their best to fight back: Perry earned his second double-double, and both Chidom and Picket tied for most points at 16. Despite their best efforts, the Highlanders fell to the Irvine Anteaters.

“Being in this position is really hard, especially in my first year with these guys. I felt like they deserved a better showing than we showed tonight. I’m proud of these guys and really thankful to have Arinze, who helped build this program to what it is today,” Magpayo said in a press release published on GoHighlanders. Chidom opened the second half with a lead in favor of the Highlanders, scoring in the double digits. He eventually finished the night by scoring the majority of the points in the second half, 12 points out of 16 total.
But the efforts of Chidom and the rest of the basketball team wasn’t enough to close the lead and the game finished at a devastating 78-61. Magpayo stated, “We were really close and we couldn’t get the defensive rebound that we needed to make it a game.”

After a long and complicated season due to the COVID-19 pandemic, the UCR men’s team will begin a period of hiatus. With the future of UCR athletics still being decided, the team hopes to return in the fall better and stronger.