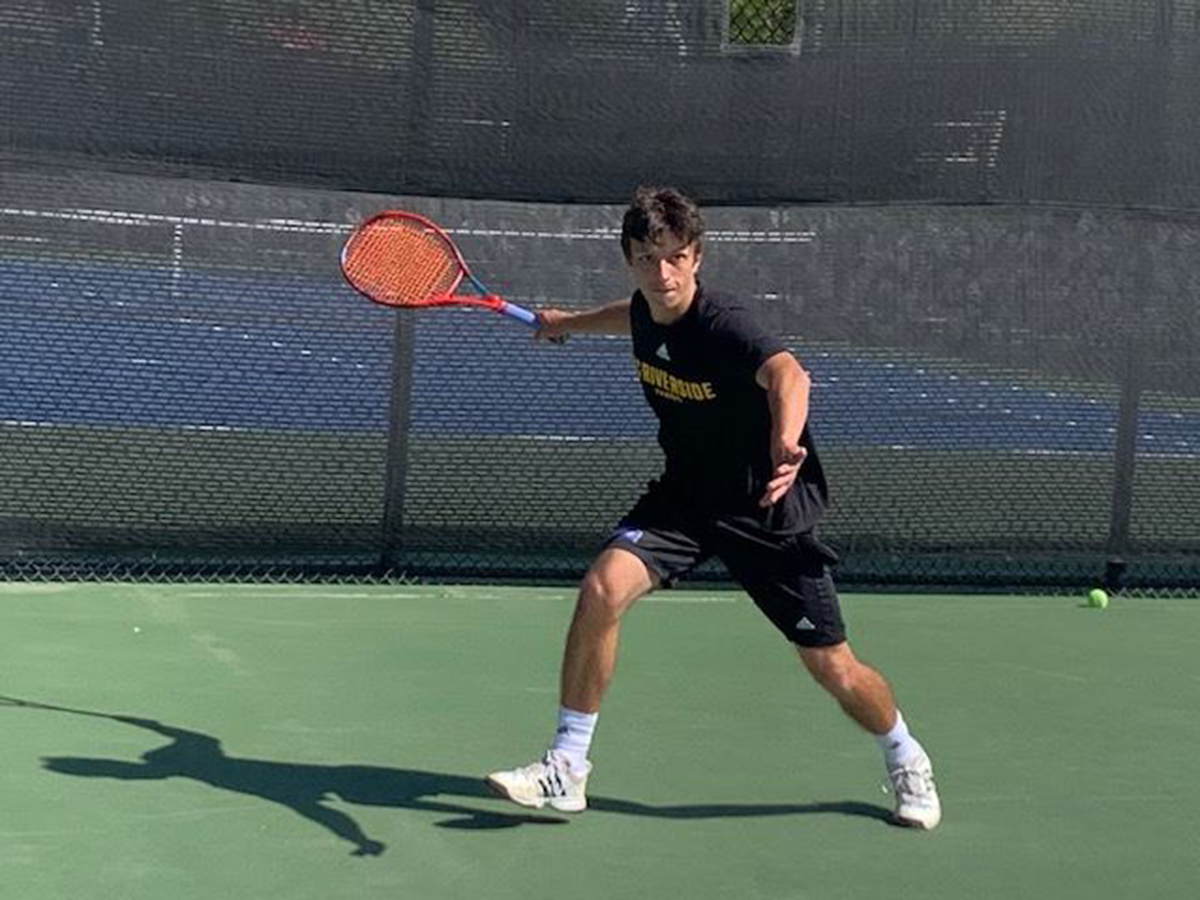 Men’s tennis is back in session at UCR for the 2021 spring season.The current team roster is composed of seven athletes, four freshmen, two sophomores and a redshirt senior. The young team is currently being coached by Mattias Johansson, who has been the head coach at UCR since 2015.

UCR’s opening match for the 2021 season happened almost an entire year after their last match on March 3, 2020. The men’s team opened at home on the SRC tennis courts against Azusa Pacific University on March 5. The Highlanders faced the opposition head-on despite being short by two men for the matchup. Opening strongly during the doubles matchups, UCR was able to land on their feet with a tight 7-6 win. The Highlanders did their best in order to keep their momentum going in singles, forcing a third set each game, but were unable to keep it going. At the end of the day, UCR fell 1-6 to APU.

The Highlanders’ next match was against University of Hawaii at the UH tennis complex on March 23 and 24. UCR fell to the Rainbow Warriors on the first day of the matchup, 7-0. The Highlanders did their best to fight back on the second day of the matchup, but they were unfortunately unable to change course, losing 6-1. Despite the double loss, Johansson highlighted the potential he sees from his team throughout their various matches. He specifically noted the potential of redshirt senior Gilbert Chung, junior Nolan McCaig and sophomore Jayson Blando, who managed to score UCR’s sole point. Ultimately, Joanson was just happy to be back on the court. “We are happy to be out there playing tennis again and competing. Our goal is to just improve day by day and see how far that takes us,” he said in a UCR press release.

The men’s team’s latest match was against the University of Las Vegas on March 31 under the Las Vegas sun. The Highlanders were unable to earn a point against UNLV, falling 7-0 to the Rebels in the first match. The Rebels managed to win two out of three doubles matches, earning them a point and enough momentum to go undefeated throughout the singles matches, granting them the win. UCR fell 5-2 in the second match of the day, coming up empty in all matches. Johansson highlighted McCaig’s performance throughout the matches. Despite the tough losses, he continues to remain optimistic about the upcoming season.

“It is always tough to lose matches, but as long as we make progress with each match played, we will continue to grow as a team,” he said in another UCR press release. “This is a very young group with a lot of potential. They just need a lot of playing experience, and we will get there.”

Johansson has faith in his predominantly young team and hopes to start earning victories very soon. The men’s team has another bout scheduled for Tuesday, April 6 at the SRC tennis courts against Concordia University Irvine.