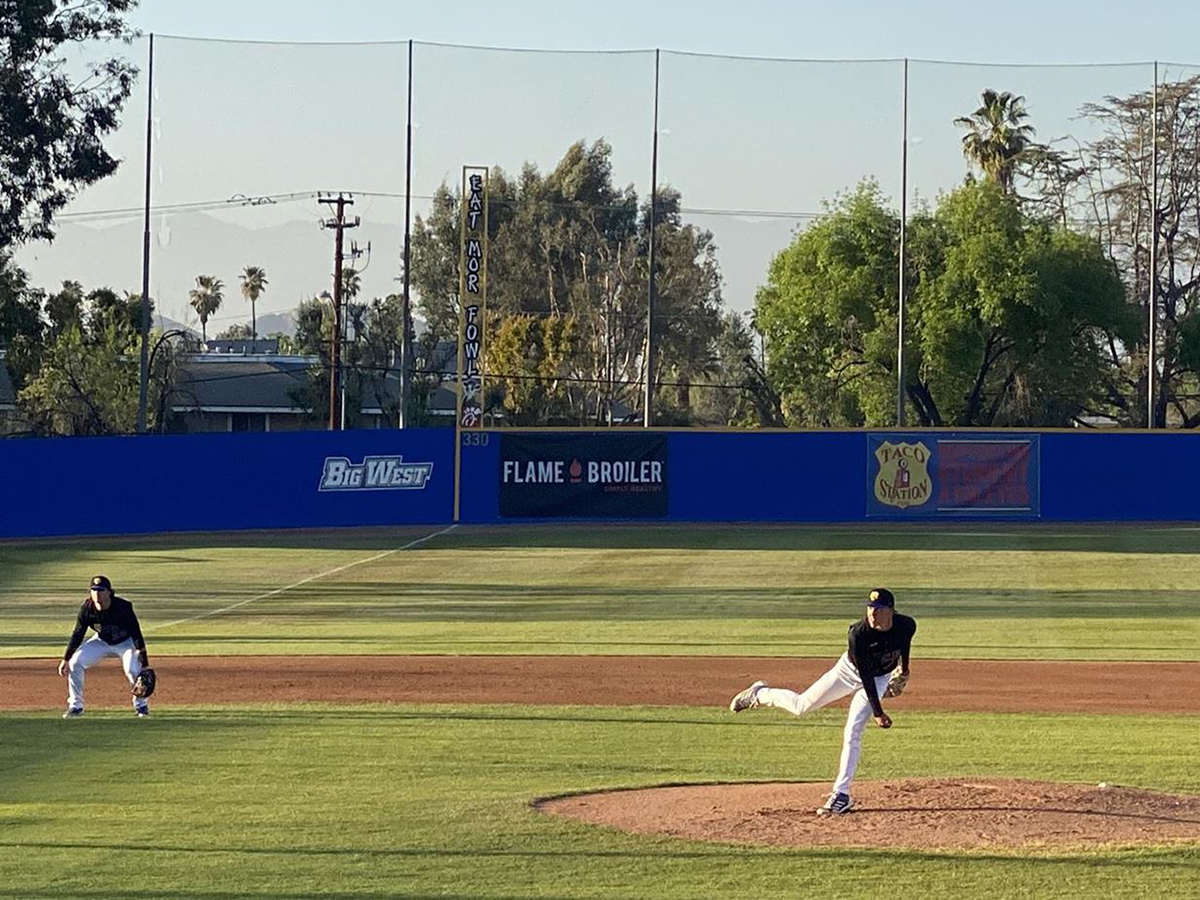 The UCR baseball team lost 7-5 to the University of Hawaii on Friday, April 9. After going up to an early 5-1 start, the Highlanders let their guards down and allowed the Rainbow Warriors to score six unanswered runs. UCR failed to respond in the last few innings and let a manageable win slip through their hands.

Redshirt freshman Zach Jacobs took to the mound to start things up for UCR. In the first inning, Hawaii’s left fielder Scotty Scott hit a double which led to the Rainbow Warriors securing second and third base. A base hit from designated hitter Jacob Igawa put Hawaii up in the scoreboard 1-0. UCR responded in the bottom of the 1st inning with a triple from centerfielder Travis Bohall, and a flyball from redshirt junior and left fielder Cole Pofek tied the score 1-1.

With the Highlanders up 5-1 going into the seventh inning, everything seemed to be going right for UCR. However, a double into the right side from Hawaii’s Scott saw the Rainbow Warriors first score since the first inning. A wild pitch from pitcher Zach Jacobs allowed another run for Hawaii, which saw the Highlander lead dwindle 5-3. In the top of the eighth inning, pitcher Eric Marujo subbed in for Jacobs. After a wild throw and a walk, along with a bunt afterwards, Marujo was quickly replaced by pitcher Abbott Haffar as the Rainbow Warriors secured second and third base, threatening to score.

A ground ball up the middle by Hawaii’s shortstop Kole Kaler tied the game 5-5. Soon later, a double into left field by center fielder Adam Fogel put Hawaii up 7-5. UCR had some chances to respond to the outburst from the Rainbow Warriors. However, a couple of groundouts and strikeouts in the bottom of the eighth and ninth inning ended any chances from the Highlanders to survive Hawaii’s comeback, as they lost 7-5.