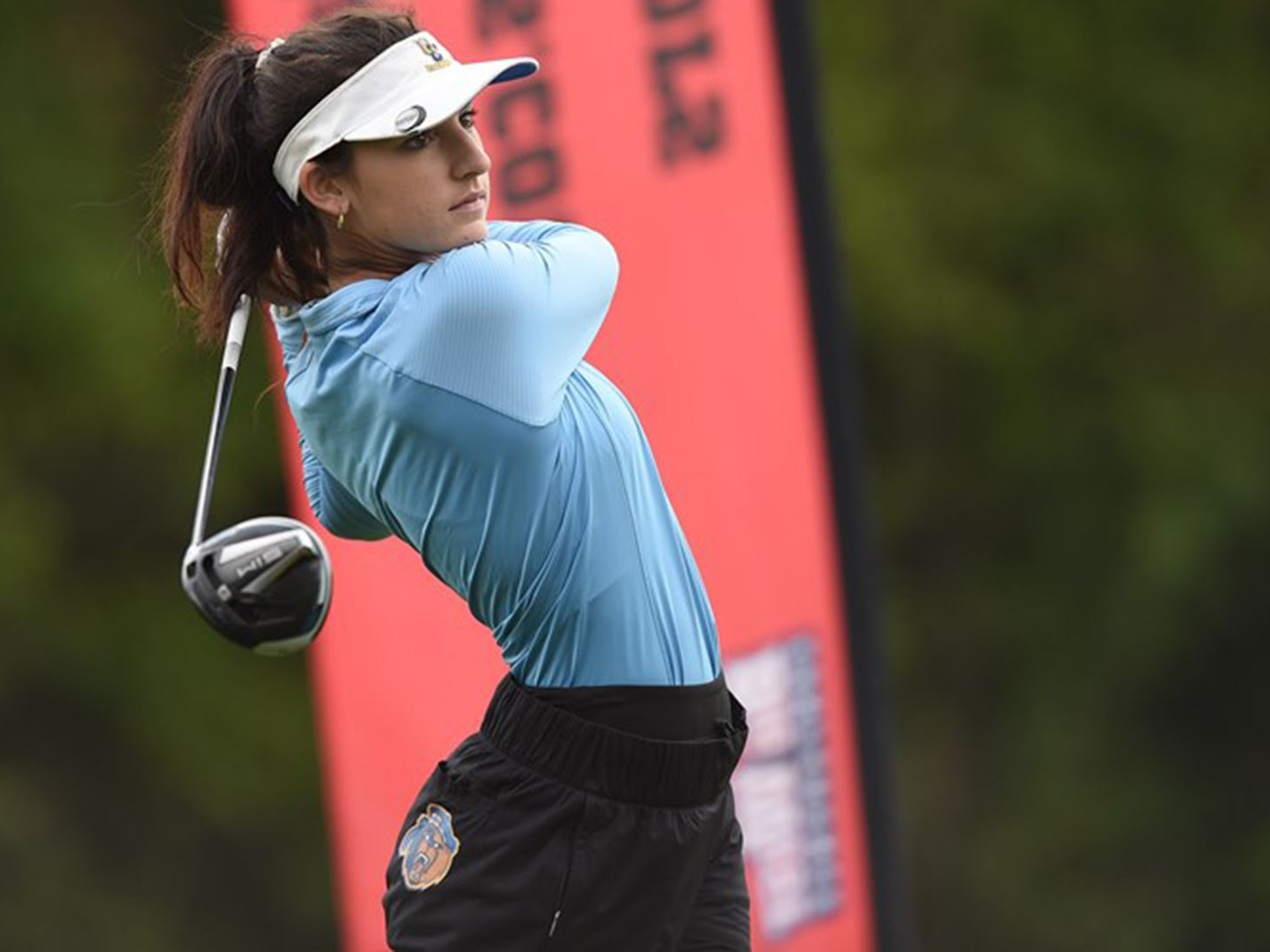 Share on Facebook
Tweet on Twitter
Post Views: 1,369
After a season cut short, the Highlander women’s golf team participated in the Big West Women’s Golf Championship. The short season began on March 1 with a three-day tournament hosted by Grand Canyon University in Arizona. The women played a total of three tournaments in preparation for the championship, giving them little time to prepare for the championship. This final three-day tournament was hosted by the Yorba Linda Country Club, taking place between April 19 to 21.

Despite little time to prepare, the women’s team managed to make the best with what they had. The women’s team only began practice in February, while normally they would have begun in September.

“There is a lot of training that goes on very early in the season and we have such a young team. We’ve got two freshmen and two sophomores in the line up, and it’s almost like we have a team built mainly of freshmen because last year our season was cut so short,” said Head Coach Mary Ritchie. “Our performance gradually improved over the season, and I think our performance at the conference sort of demonstrated that as well,” she added.

“That’s an illustration of what can happen when more time and more experience allows a player to get into the flow of things. One under par the final day, we were trending much better, and if we had another tournament this week, I feel like we would have a very good chance of winning it. We have that kind of momentum, and now it’s like ‘okay, full stop—the season is over,’” said Ritchie

All in all, this short season gave very few moments for this predominantly young team to grow together. The shortened season meant that the amount that would normally be spent on training and team building was shortened. Normally, the team would spend three weeks on team building, but this season, team building happened in a different way. While the team was on the road, the moments they spent together in between tournaments allowed for them to grow together, but in a more relaxed and less technical way than is usual in a traditional year.

“We stayed at a lot of Airbnb places. We did more extracurriculars while we were in competition. For instance: we cooked together, we stayed together, we hiked together, we went to the grand canyon together,” stated Ritchie. She continued, “So we kind of made up for all of those months of Zoom and not really being able to be in person by spending that additional time together in kind of an intensive way. There was less training, skill building, that kind of stuff that we normally do in preseason, but there was more sort of connecting and relationship building.”

Ritchie expressed her hope in the team’s potential. The Highlanders have a recent conference win, coming up triumphant as the 2016 champions. This new team, on the other hand, had very little time on the green, especially after the 2019-20 championship was canceled due to the pandemic. After starting the year on Zoom calls, Ritchie wanted to make sure her team still had a memorable experience this season despite its brevity.

“That is actually my main agenda with my team … to build memories and so you know during spring break after we were finished with the Red Rocks Invitational. I took the team to the Grand Canyon the next day. That’s probably the highlight of our whole season,” said Ritchie.

Despite the few performances her team had, Ritchie is confident in her team’s ability to adapt to the different situations thrown at them. Out of the six players, two are seniors, but the rest of the team is made up of freshmen and sophomores. Ritchie recognizes her team’s potential and believes that with more time to train, they can make some real damage in the tournaments to come.

“I’ll say that we have a really really strong team heading into next season, and we have got two pretty strong freshmen coming in in the fall. So I am expecting, if all goes well and we are back to normal without all the COVID restrictions, we are gonna have a really, really strong team that I think will contend for the conference championship,” stated the coach.

In the off-season, Coach Ritchie focuses more on administrative tasks, like remote recruiting, as in-person recruiting has been banned by the NCAA. In the off-season, she will have limited practice with her team where they focus on different technical improvements. In the summer, players can request one on one training with the coach. The Highlanders on the women’s golf team are eager to continue playing and earning more experience. They will participate in the U.S. Open qualifiers in the coming weeks. If they qualify, they will be able to participate in the U.S. Open, a very prestigious competition.

Ritchie concluded, “They are all really jazzed to compete, and they just want to keep the momentum going. That just speaks to the competitive nature that everyone has on the team. That just makes me really excited about what is in store for our program.”