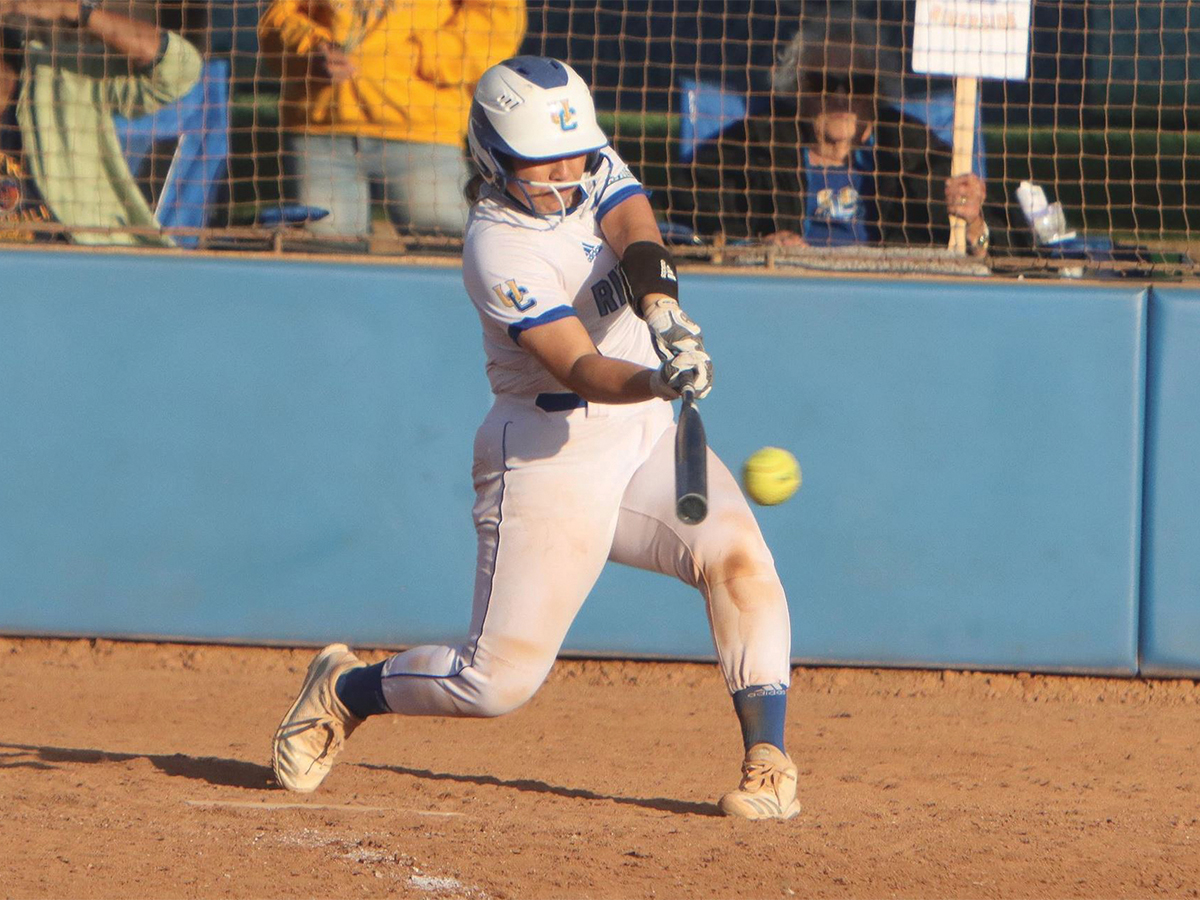 Game 1
The UC Riverside softball team won the first doubleheader game with a score of 2-1 against Cal State Northridge thanks to an outstanding pitching game from pitcher Chrys Hildebrand. The Highlanders had been struggling all year, but a favorable matchup against the struggling Matadors boosted their chances of winning.

Both teams started out slow, as neither team seemed to get a hit in. It wasn’t until the bottom of the third inning when designated player Briza Blanco hit a single up the middle that started to get things rolling for the Highlanders. Moments later, a single up the middle from right fielder Leah Brito and an error from CUSN led to the first score of the game for UCR.

In the top of the sixth inning, an error from shortstop Marissa Burk led to a score for the Matadors and tied the game 1-1. However, in the bottom of the sixth inning, Burk redeemed herself as she bombed a solo home run to put the Highlanders back up 2-1. In the top of the seventh inning, a flyout, strikeout and popout sealed the game for the Highlanders as they won with the score of 2-1 in the first game of the doubleheader.

Hildebrand pitched an outstanding game; in seven innings, she had 10 strikeouts, allowed only two hits and had a 0.00 ERA. “Chrys is working really hard in practice … We are seeing that consistency show up in the games,” said Head Coach Nikki Palmer. Burk led the offense with a home run, and Blanco chipped in with two hits.

In the bottom of the second inning, catcher Kennedi Sorenson hit a double into left field. Moments later, first baseman Gianna Araki moonballed a home run down centerfield to put the Highlanders up 2-0 to open up the game. In the top of the third inning, the Matadors occupied third base and threatened to score. A hit from left fielder Savannah Favre sent shortstop Aaliyah Swan racing toward home base. However, a great catch and throw from the shortstop Marissa Burk to catcher Sorenson tagged Swan before she could touch home, which prevented CSUN from scoring.

In the bottom of the fourth inning, Araki stole third base and looked to reach home base. A sacrifice flyout from designated player Briza Blanco allowed Araki to reach home and extend the UCR lead 3-0. Pitcher Katie Babarick continued to have a great game and pitched a shutout until the seventh inning, in which the Matadors made one last push to win the game. In the top of the seventh inning, a single down the middle by Favre gave CSUN its first run of the game. Moments later, a sacrifice flyout from center fielder Jaymi Steward inched the Matadors closer 2-3. However, a popout from right fielder Sami Garcia sealed the game for the Matadors and gave the Highlanders the victory 3-2. “It’s obvious to see that we are growing every game … The hard work they are putting in a practice is starting to pay off,” said Palmer.

Barbarick had a great pitching game; in 6.2 innings pitched, she had four strikeouts and had a 1.05 ERA. Araki led the Highlander offense with one home run and a 2 RBI.