When I first moved into the dorms during my first year, my first goal was to find the campus newspaper. My high school newspaper gave me an outlet to express myself and gave me the love and appreciation for journalism that I sought to continue at Riverside. However, being a first-generation undocumented student, I began to suffer from the worsening effects of imposter syndrome.

I had always suffered from not feeling competent enough since junior high, but this time  was different. I was surrounded by peers who had everything I did not have: loving and supportive parents, plans for their future and astounding accomplishments. I was under the impression that  attending UCR was a fluke, constantly wondering if someone at the admissions office had made a mistake in my application and worrying that I would receive  an email that would revoke my admission at any given moment. The first year was rough, but during  my second year, I found solace at the Undocumented Student Programs.

USP offers “undocu circles,” a space for undocumented students to share their experiences and support for one another. For the first time, I felt seen and worthy of being a student. I remember sharing that I had the urge to  be a part of  UCR’s student newspaper, and the program coordinator for USP. Ana Coria, encouraged me to take the first step to walk through The Highlander’s doors.

It was nerve-wracking, but her support was enough for me to attend my first Monday meeting toward the end of my second year. At that meeting, I met the previous features editor, Mark Bertumen, who signed me on as a contributing writer. At that same meeting, I overheard the previous marketing director mention that they were hiring for marketing interns to work during the summer. Before I knew it, I was writing for the Features section and working for The Highlander as a marketing intern, finally feeling like I had found my home.

Writing for Features and tabling as a marketing intern became the highlight of my third year. I was becoming more confident in myself and my abilities. Proudly embracing my first-generation Dreamer status. The Highlander made me feel like I had a place on campus and that my hard work in being admitted in the first place was not a mistake.

By the end of the year, I found myself being hired as the features editor for The Highlander. At first, I doubted my editor-in-chief’s decision and questioned if it was a mistake she had made, but for the second time, I realized  that I was not an imposter. My hard work has landed me this position, and I now proudly write this reflection after a year of hard work during a global pandemic. It wasn’t how I pictured the year to have gone, but regardless, I hope people look back on The Highlander senior staff of 2020-2021 as brilliant, hardworking and resilient individuals.

Everyone I worked with was amazing, and I often found myself admiring their presence and  hard work. I was worried that The Highlander would become cliquey or that I would feel left out. However, it was the opposite. From the moment I walked through the door, I felt accepted and welcomed with open arms. I felt recognized, like my existence was valid and that I was worthy of my position. It feels bittersweet now as my time as features editor comes to an end, but The Highlander gave me the confidence I needed to seek out a career and a future without feeling like an imposter.

It takes a village to make an issue

Campus Cope: The rise and downfall of being a college freshman during a pandemic 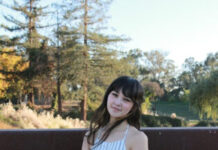 The Highlander helped me get through quarantine