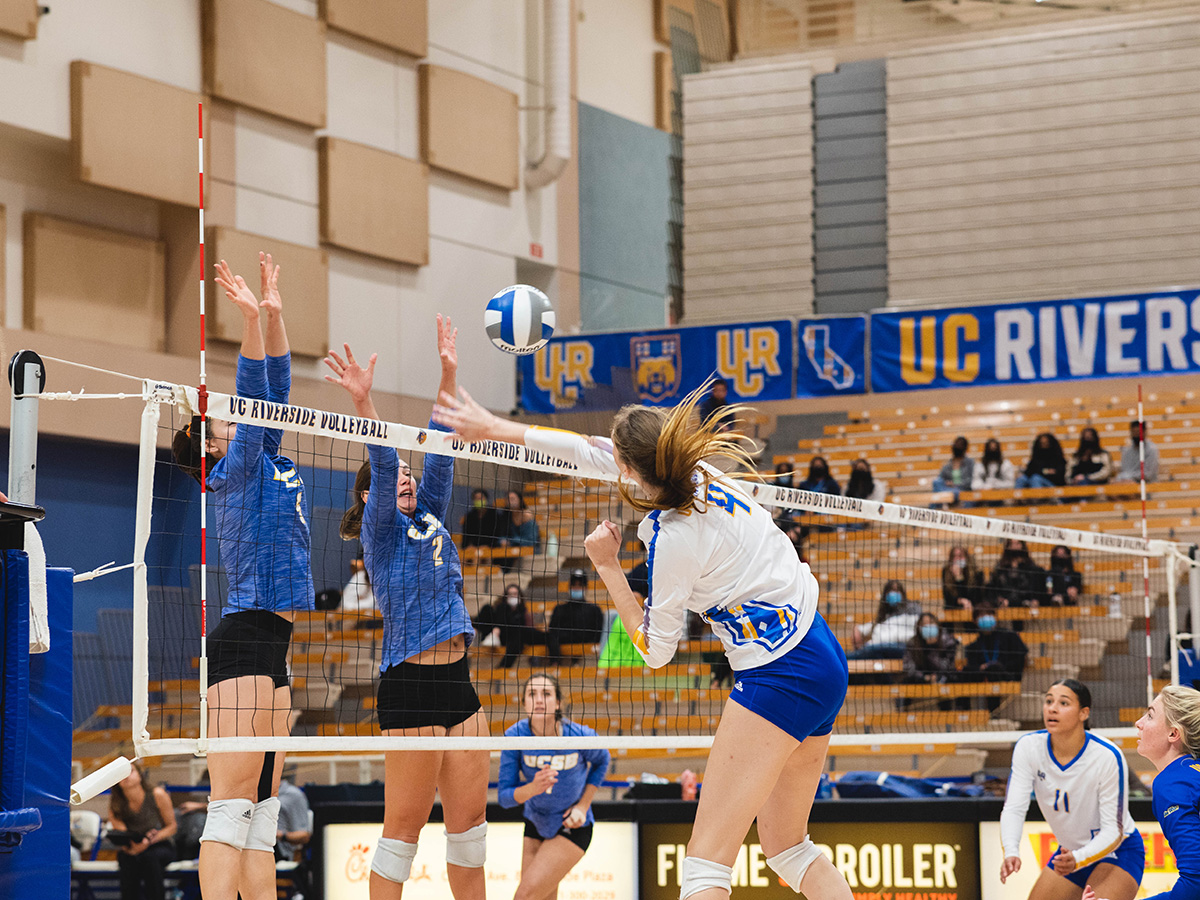 The UC Riverside women’s volleyball team suffered another defeat against UC Santa Barbara on Thursday night at the SRC Arena. Coming off of their sixth straight loss in conference play last week, the Highlanders had a tough task ahead as they faced undefeated UC Santa Barbara. UCR gave the Gauchos a run for their money, but after three tough sets, UCSB swept them 3-0 in set play.

In the second set, UCSB again went up early 8-4 after UCR won the first two rallies, which included six kills from the Gauchos. The Highlanders would rally and tied the set up 11-11, which included two kills each from sophomore outside hitter Deja Bickers and sophomore middle blocker Emily Casner. A service error from UCSB gave UCR the lead in the set. Both teams continued to exchange rallies as they fought to get to 25 points. An ace from the Gauchos and an attack error from the Highlanders put Santa Barbara up 20-18 in the second set. UCSB would pull away in the end as three kills from senior middle blocker Rowan Ennis, a kill from freshman outside hitter Abrielle Bross and an attack error from the Highlanders would give the Gauchos the win in the second set 25-19.

The third set was dominated by UCSB as UCR couldn’t keep up with the attacks from the Gauchos. An early 14-7 lead in the third set from Santa Barbara included nine kills and three aces. UCSB would go up by as much as 17-9. However, the Highlanders made a quick turnaround and climbed back in the set 18-14, which included a kill each from Osuji and senior setter Dejah Dade. Once again, the Gauchos pulled away in the set as four kills, an ace and two attack errors from the Highlanders gave UCSB the win in the third set, 25-17, and the game.

The Highlanders drop to 4-13 and will take on Cal State Northridge on Saturday, Oct. 16, at the SRC Arena.