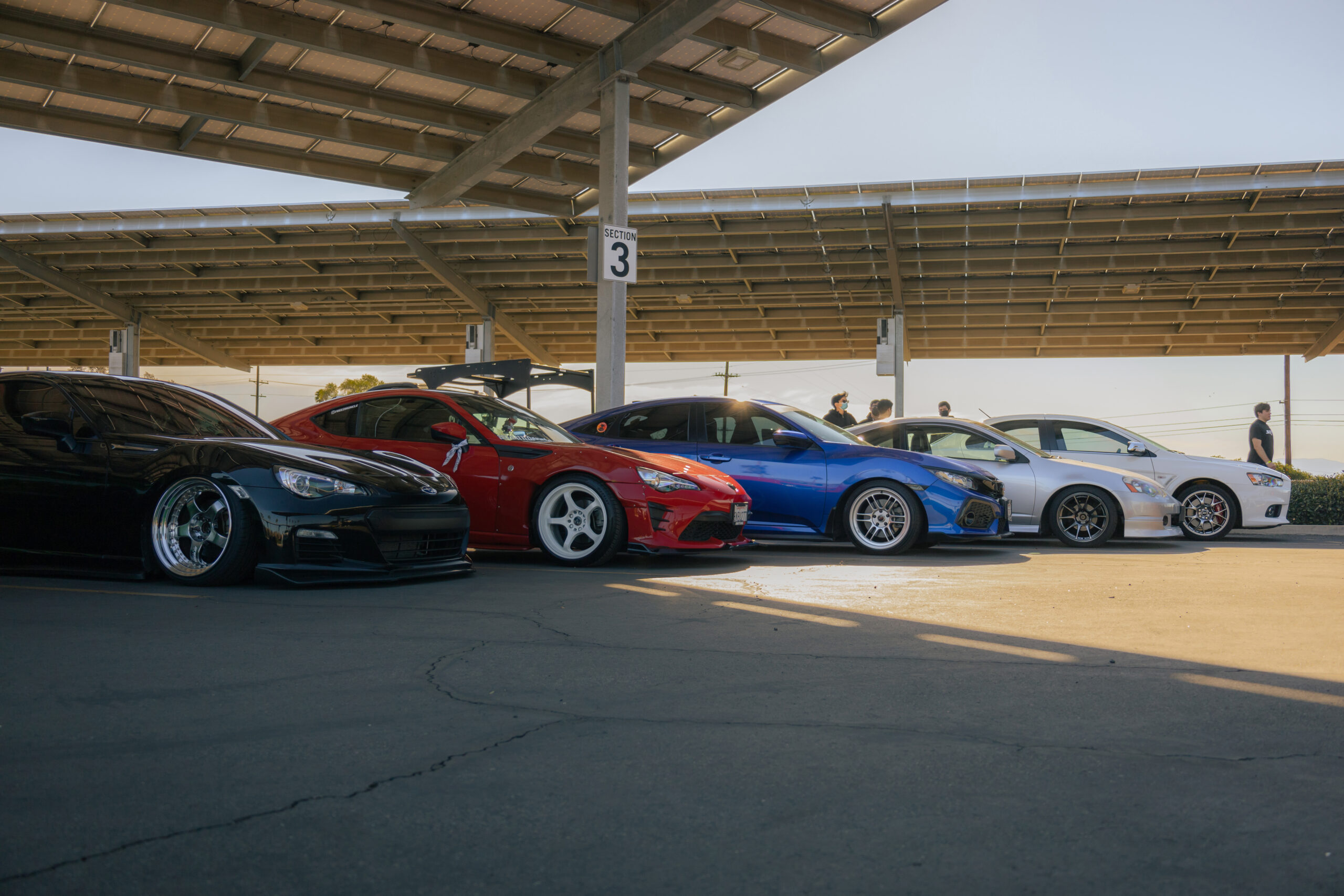 On Saturday, Feb. 6, 2022, ASPB and Rides at UCR, previously known as Drives UCR, hosted a car meet event in lot 30. The club is a newly formed one that began in October, and it hopes to teach people more and make it easier to break into car culture.

Rides at UCR hope to provide a safe space and enforce inclusivity for everyone interested in cars. Second-year Evelyn Gonzalez, the president of the club, stated “You don’t even have to own a car to participate in the club life.”

Since its founding in October, the club has exponentially grown and amassed over 900 followers on Instagram. The vice president, first-year MBA student Joe Wu, stated that “Rides club is the official UCR car club, and we plan to host many more car meets and events in the future.”

Wu feels that “car meets are the perfect way to bring the community together; you don’t have to like or know anything about cars to join the club. The goal is to educate people about cars by hosting weekly events to encourage education within the car community.” During COVID, Wu feels that it is imperative to encourage collaboration between communities, and he wishes to bridge the gap between car lovers and everyday people, creating a big supportive community.

President Gonzalez believes that the best part of Rides club is its members; they foster a sense of inclusivity within the community and provide a safe space for people to learn about and admire cars.

The process of planning the event was a bit difficult because they “had to contact the transportation and parking services and SPB special events to get authorization to use the UCR parking lot.”

For those who wanted to showcase their car for this event, “You had to register your car and get approved to come rather than the usual meets where it’s open to anyone.”

ASPB and Gonzalez managed the approval process. “We try to prioritize the Rides club members before regular students, and then we approve graduate students. And we base it on how many spaces we have to work with and how many we can accept.”

“We’re enforcing safety. Six feet apart and masks. We’re trying to keep everyone as safe as possible while outside. Even though we want to bring people together, we want them to be safe as well,” said Wu. The event also only admitted attendees who took the Daily Wellness Survey.

When asked about his hopes for the future of Rides at UCR, Wu states, “We want to participate and collaborate with more schools across Southern California. So far, we’ve collaborated with Cal Poly Pomona, Fullerton, and mostly UC Irvine that we work with. Eventually, we want to post maybe a more significant event that includes not only schools but maybe even to the public.”

To hear more about Rides at UCR and their upcoming events, visit their Instagram page @ridesucr, and join their discord to learn more about the community.