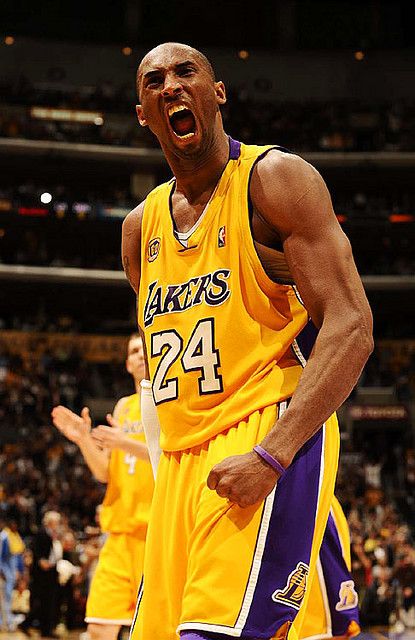 Being a sports fan can elicit an array of emotions – joy, excitement, anxiety, sadness – but the one I’ve always found the most surprising is fear. The criteria of what makes an athlete scary are very subjective but there are some athletes who transcend all criteria and are renowned for the fear they strike in their opponents. Many factors play into what evokes fear in an opponent, from size and strength to intelligence or in-game antics. In honor of Halloween, here are some of the athletes (in no particular order) who are most widely feared by opponents and what makes them so scary.

If the first scene of The Blind Side was not enough to convince you as to why Lawrence Taylor was so incredibly feared, then his accolades will surely do the trick. Three-time Defensive Player of the Year and the only player to have won that award in his rookie season. One of two and so far the last defensive player to have won NFL MVP, he is widely regarded as the best defensive player ever to play in the NFL.

The greatest hitter in baseball history Barry Bonds holds both the record for most home runs and intentional walks in a career. Bonds, in fact, has intentionally walked more than double the amount as the next most walked player (Albert Pujols). Every time he walked to the plate, opponents knew there was a chance he would hit the ball out of the park. That level of fear in his opponents is one of the reasons why Bonds won 7 NL MVP awards in his career.

Being 5′10″ and one of the hardest-hitting, most dominant boxers in a heavyweight division filled with man mountains in itself would strike fear in opponents. “Iron” Mike Tyson’s antics in and out of the rink added to his fear factor. Famously, Tyson bit off a portion of Evander Holyfield’s ear in one of their famous bouts. The youngest boxer to ever win a heavyweight title, Tyson is still revered as one of the scariest boxers of all time.

The Last Dance documentary gave great insight into MJ’s mentality and why he was feared as soon as he stepped onto the court. It seemed as though Jordan took everything personally and used it to drive himself to be a better player. An uber-competitive person, Jordan is rumored to have once cheated in order to win a card game against an elderly woman, and this desire to win along with his incredible skills on the hardwood make MJ among the most storied and feared athletes among those who played against him.

The little magician is arguably soccer’s greatest-ever player and no doubt among the naturally gifted athletes of all time. His goal-scoring and playmaking ability are among the best if not the best that we have ever seen and any side with Messi in it has a massive advantage over the opponent. Messi averages more than a goal contribution every game throughout his career meaning that teams featuring the little magician are statistically bound to score at least once per game which is incredible given how tight the margins in soccer often are.

The athlete most revered for his mentality, the “Black Mamba” was one of if not the most feared stars in the NBA for more than a decade. Talk to any player who played alongside Kobe and they will tell you their “Kobe” story. One of the most prolific scorers in basketball history, knowing he could go off for massive points on any given night while also playing relentless defense was both terrifying and exhausting for his opponents.

Most podiums, pole positions, wins, and joint most championships in Formula 1 history. Hamilton utterly dominated the sport of F1 for nearly a decade winning six titles with Mercedes, the most dominant period in the sport since Michael Schumacher. Hamilton, a master of the wet weather race, could race in all conditions and had a knack for being able to pull every last ounce of performance out of his car. His dominance led many of his rivals to wish for his retirement or even retire themselves in Nico Rosberg’s case.