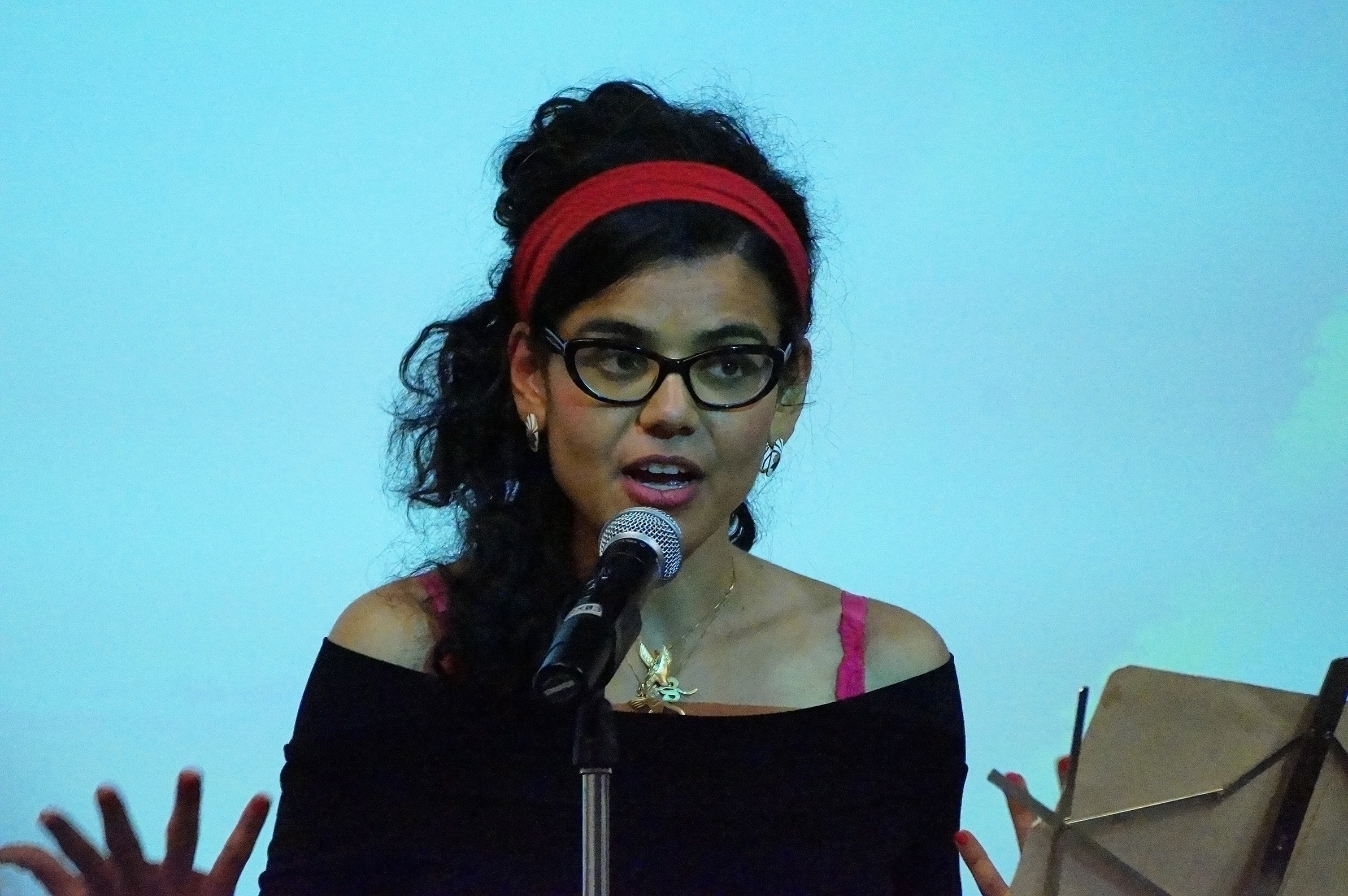 Vagina, vagina, vagina. Last Wednesday night, I said, heard and appreciated the word vagina more than ever before. Presented by the Women’s Resource Center, UCR’s student production of Eve Ensler’s play, “The Vagina Monologues,” explored the female experience and spoke out against violence against women. “Stories will make you laugh, cry, scream and shout, so feel them completely,” explained fourth-year public policy major Evangeline Elder at the start of the show, and it was difficult not to feel the complex power of “The Vagina Monologues,” even in a room as stuffy and as formal as HUB 302.

“We need to feel comfortable saying the word vagina,” Elder said. “It’s a very awkward word and a lot of people think that it’s offensive, but it’s the real name for a vagina. A vagina is a vagina. So, can I have the audience say the word vagina real quick?” A cacophony of “Vagina!” resounded. Elder’s welcome immediately set the tone for the evening by forcing the audience out of its comfort zone––a sentiment that was echoed in “We Were Worried,” presented by Genesis Castellanos, Caitlin Harrington and Martha Pineda.

“We Were Worried” took the audience by the hand and discussed the interviews that led to the Ensler’s writing of the monologues, which spanned stories from business women to sex workers and from Bosnia to America. The speakers focused on the general sentiment that women are reluctant to talk about their vaginas or sexuality because of its taboo nature––but under the surface, women really love to talk about their sexualities, their womanhood and all of the different elements of the female experience. One of the highlights of their performance focused on the names women use to refer to their vaginas. “There’s powderbox, a poochie, a pepe, a pootanie, a peach … cooter, va, mango, mookie, a mimi in Miami,” the speakers contributed, which inspired plenty of laughter from the audience because, really, what’s a “mookie?”

“The Flood,” performed by fourth-year history major Kyrsten Watt, told the story of a 71-year-old woman who had never had an orgasm. “No, no. It’s a cellar down there. You don’t want to go down there. Trust me,” the monologue began, reinforcing the woman’s stance that no, she does not want to talk about her vagina, thank you very much. But as the monologue progressed, Watt brought a reluctantly nostalgic slant to her retelling of the woman’s first time becoming aroused by a boy in the passenger seat of his Chevy Bel Air––and staining his car seat with her “flood.” The crux of the monologue was that the woman’s experience was so embarrassing, so ugly, that she “closed the whole store. Locked it. Never open for business again…The idea of flooding made me too nervous,” and although the monologue’s content was presumably exaggerated for dramatic effect, its central idea rang true as a comment on the general perception that the normal, anatomical inner workings of women’s vaginas is “gross” and “unkempt.”

In past productions, “The Vagina Monologues” has garnered criticism for being anti-male. While only one monologue discussed a healthy relationship with a male (Bob in “Because He Liked to Look at it,” performed wonderfully by Latisha Plance), I did not feel like the performance was anti-male; it was pro-female empowerment, and did not need to emphasize males because the monologues as a whole were about appreciating what it means to be a woman, with a vagina, and not being afraid to talk about it.

Notably, the performance’s tone shifted after Plance’s monologue from a discussion of womanhood into a hard look at the very real and frightening issues women face around the world. After a short intermission, Bola Adeniran and Allison Molnaa performed “My Vagina Was My Village,” which honestly made me cry. The monologue alternated between Molnaa’s poetically peaceful memories and Adeniran’s hauntingly emotional retellings of torture and abuse. The contrast between Adeniran’s lines, which were based on the experiences of victims from rape camps in Bosnia and Kosovo, against Molnaa’s bright-eyed optimism was incredibly powerful. If anyone wanted to complain about the ticket prices for the event, this monologue alone was worth the $15, which helps fund the Women’s Resource Center, the Riverside Rape Crisis Center and the Women and Girls of Haiti Rescue Fund.

After such an emotionally exhausting performance, creative writing graduate student Vivii Louise was a refreshing burst of energy and passion. Her monologue, “The Woman Who Loved to Make Vaginas Happy,” felt like the climax of the play because of Louise’s larger-than-life voice and presence; she rocked the stage as she spoke from the perspective of a sex worker for women who loved providing women with toe-curling, hair-twisting pleasure. Louise also demonstrated different types of moans without reservations, and I was partial to her Beyoncé moan, which arrived in song.

Every performer at UCR’s production of “The Vagina Monologues” was beautiful, powerful and made the event a worthwhile experience. It made me feel introspective, empowered, excited and occasionally horrified, which is exactly what Ensler strived to do when she first performed the monologues in 1996. The Women’s Resource Center will present “The Vagina Monologues” again on Tuesday, April 16, and whether or not you have a vagina, you should absolutely attend. Bring a friend.