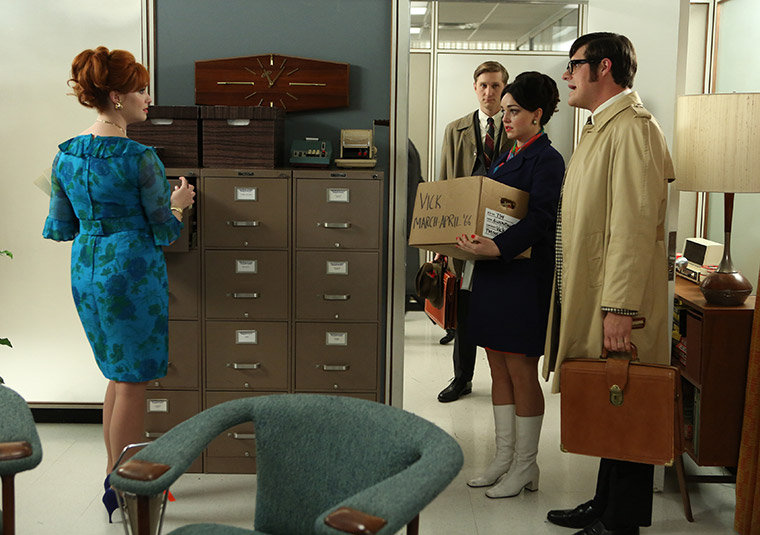 There are upsides and downsides to changing writers from week to week on a successful television show. For one, if there is any slight miscommunication down the line, the story could have major pitfalls. Luckily, this is rare. In the case of “Mad Men,” the writers seem to coordinate very well, even if each writer adds some personal touches to an episode.

During the fourth episode of season six of “Mad Men,” I found myself laughing more than usual. This was not because it lacked any seriousness, but because there were witty one-liners throughout. John Slattery usually gets most of the comical dialogue as the sarcastic Roger Sterling. Slattery is just as fantastic as ever, but hasn’t seen much screen time since the first episode. Either way, his presence is wanted as much as any other of the major characters. I’m sure he will become just as prevalent as he ever was in upcoming episodes.

Instead of allocating more time to the senior members of the show, there are more minutes for the attention-desperate Harry Crane (Rich Sommer) and his new company partner, Joan Harris (Christina Hendricks). Crane is a respected character and adds his own wit to typically awkward circumstances in various episodes. Sommer does great work here as he is able to contribute more than usual to the show; Crane is able to earn both the pity and the insolence of the audience while he relentlessly argues about his right to a partnership.

Joan is caught up in her own debacle––one that intertwines with Crane due to the decision to fire his secretary. Joan had every right to fire the conniving employee, but Crane was not having it since the implication was that he was romantically involved with his secretary. The tension is still apparent at the end of the episode, and although there is sense to Crane’s arguments, it is easy to sympathize with the beloved Hendricks.

The main focus of the newest installment lies with the main men of SCDP pursuing an important client, Heinz Ketchup. Don and art director Stan (Jay R. Ferguson) begin a secret ploy to pursue the profitable clientele, despite being urged not to by the beans representative of the Heinz Company. Stan is hilarious in every shot and Ferguson has made the man a very likeable character. Jon Hamm is as strong as ever here as the compellingly reserved Don Draper, who by now believes he is the most clever man in advertising.

Unfortunately for Don, his company has been played and suffers two major losses as a result of Peggy Olson. Don definitely never expected Peggy to be in the position she is now, and for that, Don must undergo the consequences. Of course, Don may be upset at Peggy, but he is not one to let things slide. There is a confidence in Don’s eyes and an expression that connotes being impressed with Olson’s work, which will surely lead to heated rivalry. No one could possibly be better than Hamm in such a moment.

While Don has always respected his once-secretary Peggy, his relationships with other women can be very unpredictable. Aside from the proposition to swap partners from a pair of swingers early on, Don and his wife, Megan, have more on their plate. There has already been some distance between the two, but after seeing Megan acting in a love scene on her soap opera, Don has some extremely harsh words to expound on his innocent wife. Don can be a cruel man, but Hamm is just so damn good.

Naturally, the thriving salesman prefers his affair with Sylvia (Linda Cardellini). In an appropriate ending, Don inquires about a necklace around his mistress’s neck. He assumes Sylvia prays for absolution after their lovemaking, but she says that she actually prays for Don to find peace. But is Don capable of achieving inner peace? Only time will tell.