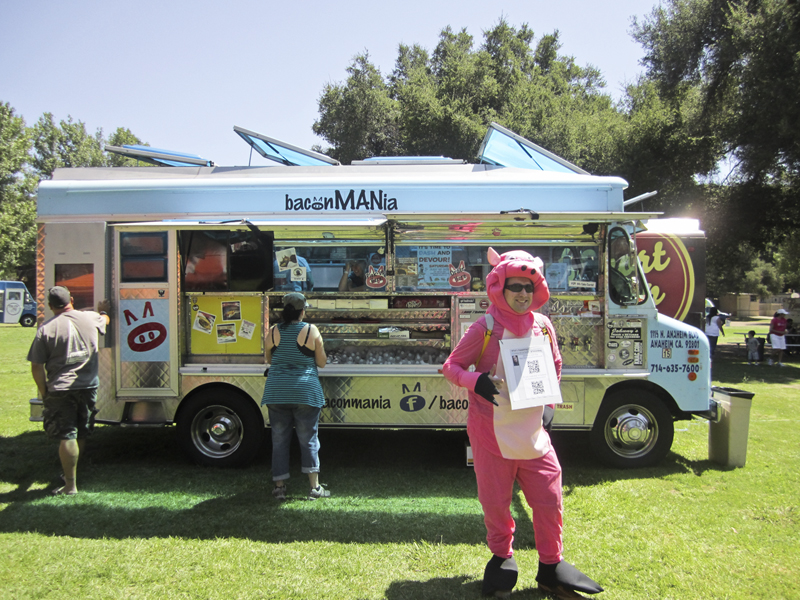 In response to growing ambitions to create a more welcoming environment for the “rolling restaurants,” Riverside County is holding a food truck festival on June 25.

Located in front of the County Administration office, the food truck gathering is being spearheaded by Riverside County Supervisor Kevin Jeffries, who was cited as saying in a press release, “Riverside County needs to come out of the culinary and bureaucratic Stone Age and bring sanity to the county health and business codes, so we can bring new jobs and new revenues to the county. Ancient prejudices against food trucks should not be used as an excuse to prevent these small businesses from serving Riverside County.”

The Riverside County Department has set stringent regulations, which has deterred food trucks from entering a county that is occupied by over two million residents. The policies were first implemented in the 1980s, in order to counter “roach coaches,” which held mired preconceptions of poor sanitation and illegal waste disposal.

With the exceptions of a few food trucks selling pre-packaged foods, some trucks are only permitted entry during special events or festivals. Such festivals include the upcoming county food truck gathering and the recent city-held festival, which highlight local efforts to popularize the growing food truck trend.

A food truck petition started back in early January reflects increasing efforts to bring food trucks back to Riverside County and loosen its decades-old regulations. Geared toward the county governing board, the petition explains how public safety concerns towards “roach coaches” are outdated due to increased food sanitation procedures and technologies in the kitchen. In the state of California, Riverside County is the only one to ban mobile restaurants.

According to Matthew Geller, CEO of the Southern California Mobile Food Vendors Association and author of The Food Truck Handbook: Start, Grow, and Succeed in the Mobile Food Business, the upward trend in mobile eateries has been overtly popularized, which has created a “white noise” presence for many local residents. Geller estimated 35 out of every 100 food trucks in Los Angeles failed back in 2012. Factors that are attributed to the failure include continuing vehicle maintenance, strict health code requirements and bad weather.

Often seen as a money-making entrepreneurial endeavor, food trucks often run up estimated costs of $50,000 to $200,000 compared to the average restaurant, which can lead to exacerbated costs of up to $2.5 million. The Mountain View-based financial company Intuit Inc. predicts the food truck industry to rake in a total annual revenue of $2.7 billion by 2017.

Students such as Jasmine Castillo, an art history major and recent UCR alumna, expressed her support for bringing food trucks to the city. As a resident of San Francisco, Castillo referred to the Off the Grid food truck extravaganza that engulfs the city on a weekly basis.

“Every friday, all of the food trucks in the city come together in a big circle and there’s a live band,” she said. “During the week, there’s a rotation of food trucks right in front of city hall. I think [Riverside is] definitely more of a college town now and there’s enough interest in the idea. I mean, how do they expect those regulations to change if [the city doesn’t] support and give funds and resources?”