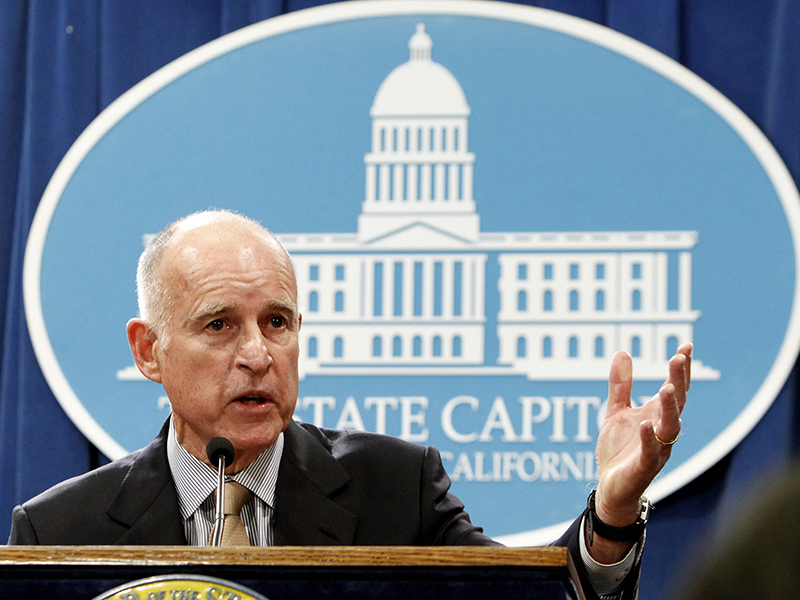 In April 2013, Gov. Jerry Brown proposed a budget increase for the California State University and the University of California systems. According to the Los Angeles Times, the plan included requirements such as a 10 percent increase in the number of transfer students from community colleges and the percentage of freshmen graduating within four years. Although Brown’s plan offered a reward when a goal was met, Brown would grant the universities more funding if their graduate percentage as well as the number of transfer students admitted increased. This would result in an increase in universities’ concern over seeing more students graduate. Unfortunately, Brown is going back on his proposal due to concerns from university officials.

The conditions that Brown proposed encourage students to excel in their academics; his proposal gave students a reason to work harder. As a student, I can argue that students like a good challenge; they like proving they can accomplish tasks others argue they cannot complete. Since it would be in the university’s best interest that their students graduate as soon as possible, they would provide a wider range of classes as well as resources that will help students with their academics. Giving students a reason and the resources to work harder and graduate in less time, like Brown intended, is a promising solution. It makes students work for the schools’ funds instead of just receiving them.

Unfortunately, representatives of the universities believe Brown’s proposals are too “rigid and unrealistic.” It is unfair to say that graduating in four years is unrealistic because many students are actually capable of doing so. According to the California Postsecondary Education Commission, about 51 percent of UC undergraduates and about 14 percent of CSU undergraduates graduate in four years. On the other hand, the Chronicle of Higher Education reports that California has a 34.8 percent four-year graduation rate and a 65.1 percent six-year graduation rate among all four-year public universities in the United States. If half of UCR undergraduates can graduate in four years, there is no reason why that number cannot increase.

Brown’s plan to tie universities’ financial support from the state to the conditions including the aforementioned increase of transfer students and students graduating within four years would make a significant difference in a student’s financial situation. Students would worry less about the cost of tuition going up every year and therefore would not be discouraged from continuing their higher education due to financial issues. According to Apollo Research Institute, the number one reason adult students drop out of college is anxiety or stress over college-related expenses, which totaled 71.3 percent of the 4,500 students surveyed. Students’ concerns regarding financial issues are not taken lightly.

These issues place a strong psychosocial burden upon students that make it harder to focus their attention solely on education. Stressing about the economic side of school does not allow the student to pay attention to the important side of school — the academic side. Having their undivided attention toward their education is essential for them to do well in their classes. Students find themselves in crucial need of a job to make ends meet. Jobs can also cause students’ grades to slip; after a tiring shift at work, some of these students can find it hard to keep up with homework as well. This balancing act is not easy for every student. These various situations that students need to deal with may result in failing grades and furthermore, can lead to academic probation which would only lead to more stress.

Brown’s budget also seeks to increase the amount of online classes in order to reduce administrative expenses. Increasing the amount of online classes can be effective not only in reducing administrative staff but can also be beneficial for students. Offering more online classes would allow students flexibility when choosing their class schedules. More flexibility in class schedules allows students to work during hours when they normally would have had class. Since they already have to stress about doing well in school, making money and their social lives, not having to worry about getting to a class located on campus can be a significant relief.

Brown’s plan also included enrolling more low-income students. Many high school graduates with excellent grades and great potential to succeed pass up the opportunity to obtain a higher education due to lack of funds. Van Thompson, professional writer, states that, along with family environment, “poverty is also a significant factor” when it comes to determining whether a student will pursue a higher education. Sarah Carr writes about a high school student who did not know what to do when his dream school required a $500 deposit to secure his spot. This is an example of how students struggle with economic issues before college has even started.

Some students would just rather find a job and make money instead of going to college and indebt themselves as well as their parents with the loans they would need to attend college. Brown’s plan would give students who did not previously have the opportunity to attend college a chance to acquire a higher education.

Brown’s budget is beneficial for low-income and middle-class students. Brown’s proposal sought to lower or at least freeze tuition rates for current and future students. But due to people like Democratic State Senator Marty Block from the 78th district and Democratic Assemblywoman Susan Bonilla of the 14th district, who did not want to rush the process, Brown had to take back his budget proposal. Regardless of the disagreements on this issue, Brown is still hoping to use the the promise of more money or get the universities to work more efficiently.

Fortunately Brown’s proposal will be considered “later this year.” Reassessing this plan is crucial since it would benefit many students and help the public colleges in California. Improving the educational system will be beneficial. Giving students more resources would make their time in college more efficient; they would be able to engage with the materials thoroughly and be more prepared once they graduate. If universities encourage students to graduate within four years, it allows students to pursue a master’s degree or get started on their careers.

The CDC’s decision to shorten isolation periods is for profit, not for protection