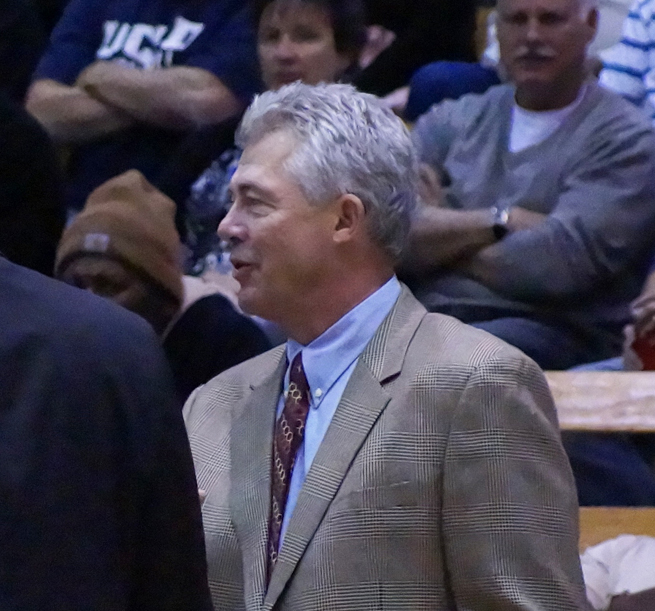 For the past six years, Jim Wooldridge had been tasked with overseeing the progress of the UCR men’s basketball team. Now, the former coach will spearhead all major projects within the athletics department.

“I was thrilled about the opportunity,” Wooldridge told the Highlander soon after hearing the news. “I’m humbled by it as well. It’s a big day for me.”

According to Wooldridge, he and Chancellor Conoley had a conversation about the position soon after Wickstrom’s departure and stated that Conoley had shown a great interest in hiring him. “She decided that I’d be the person right now to be named athletic director,” he said.

In an email sent to UCR students, Chancellor Conoley expressed her confidence in Wooldridge and her excitement for the future of UCR’s athletic department. “Through his service to his scholar-athletes and to the UCR community, Jim has stressed the best aspects of learning, competition and achievement,” the email stated. “He will be a significant resource for the university and the department as we move forward.”

The newly-named athletic director has already had a hand in helping UCR athletics grow. In 2011, Wooldridge was an instrumental figure in bringing numerous upgrades to the athletic facilities on campus. Among these upgrades included the renovation of the practice facility inside the Physical Education building and the added “jumbotron” to the Student Recreation Center during home games.

Wooldridge went on to express his own expectations for next year.  “We have some talented people in the department that I’ll be counting on,” he said. “We know what direction we’re heading and we’ll hit the ground running.”

With Wooldridge’s promotion to athletic director, Assistant Coach Dennis Cutts was named the head coach of the men’s basketball team. “[Cutts has] been here with me for six years. It’ll be a consistent transition,” Wooldridge reassured.

Wooldridge will continue to spearhead the athletic department as the search for a permanent athletic director continues. As previously reported, Chancellor Conoley hopes a new athletic director is selected as late as Jan. 1, 2014.