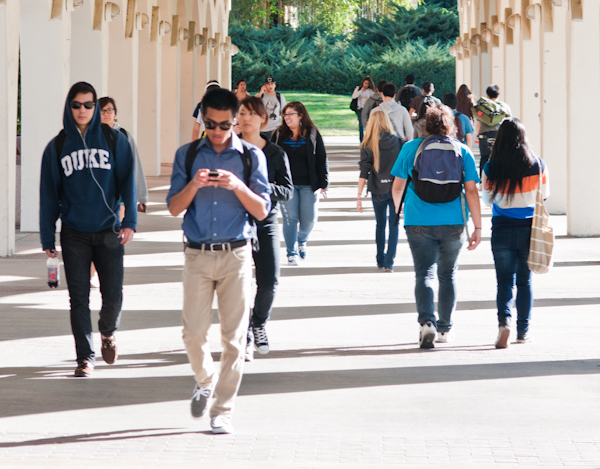 More than 38 million Americans currently have outstanding student loan debt that amounts to nearly $1 trillion. About 85 percent of that total comes from federal loans. This past summer, millions of students across the nation feared that those numbers would increase after Congress failed to pass a bill to prevent federal student loan interest rates from doubling to 6.8 percent by the July 1, 2013 deadline.

After a month of deliberation, however, the House of Representatives and the Senate finally passed a measure to prevent the interest rate hikes from affecting students this upcoming year. The bill, entitled the ‘‘Bipartisan Student Loan Certainty Act of 2013,” was signed by President Obama into law and will reduce interest rates of subsidized and unsubsidized Stafford loans for undergraduates to 3.86 percent next year. For graduate students, the rates will come out to 5.41 percent. It’s a move that has many across the nation celebrating.

“I applaud the bipartisan compromise reached by President Obama and lawmakers on Capitol Hill, offering relief to millions of students and families across the country,” stated U.S. Secretary of Education Arne Duncan about the passing the of the bill.

President Obama also praised the compromise, calling it a “major victory” for the nation and students.

Not everyone is celebrating the bill’s passage, however. There are provisions in the bill that will create rate hikes in coming years. For instance, an undergraduate taking out loans in 2014 will likely see interest rates amount to 4.62 percent. By 2017, undergraduates could see rates increase to 7.0 percent.

“It’s a missed opportunity,” argued Lauren Asher, president of the Institute for College Access & Success, a nonprofit that advocates for more affordable higher education, “because this is going to cost students more than leaving current rates in place.”

The law will undoubtedly affect a number of students at UC Riverside. According to Director of Financial Aid Jose A. Aguilar, about 65 percent of UCR students borrow from federal student loans. The average amount that each student borrows is $20.613. These numbers are based on students who started as freshmen at UCR and graduated by June 2012.

Despite some criticism, Senators advise that students should prepare for the future rate hikes.

“Like the 30-year mortgage, once you take out the loan, you know what your rate is going to be so you can plan on it,” said House Minority Whip Steny Hoyer in a press release.

The bill was signed into law by President Obama on Aug. 9, 2013. Lawmakers hope to find other long-term solutions to prevent interest rates from peaking at 7.0 percent by 2017.