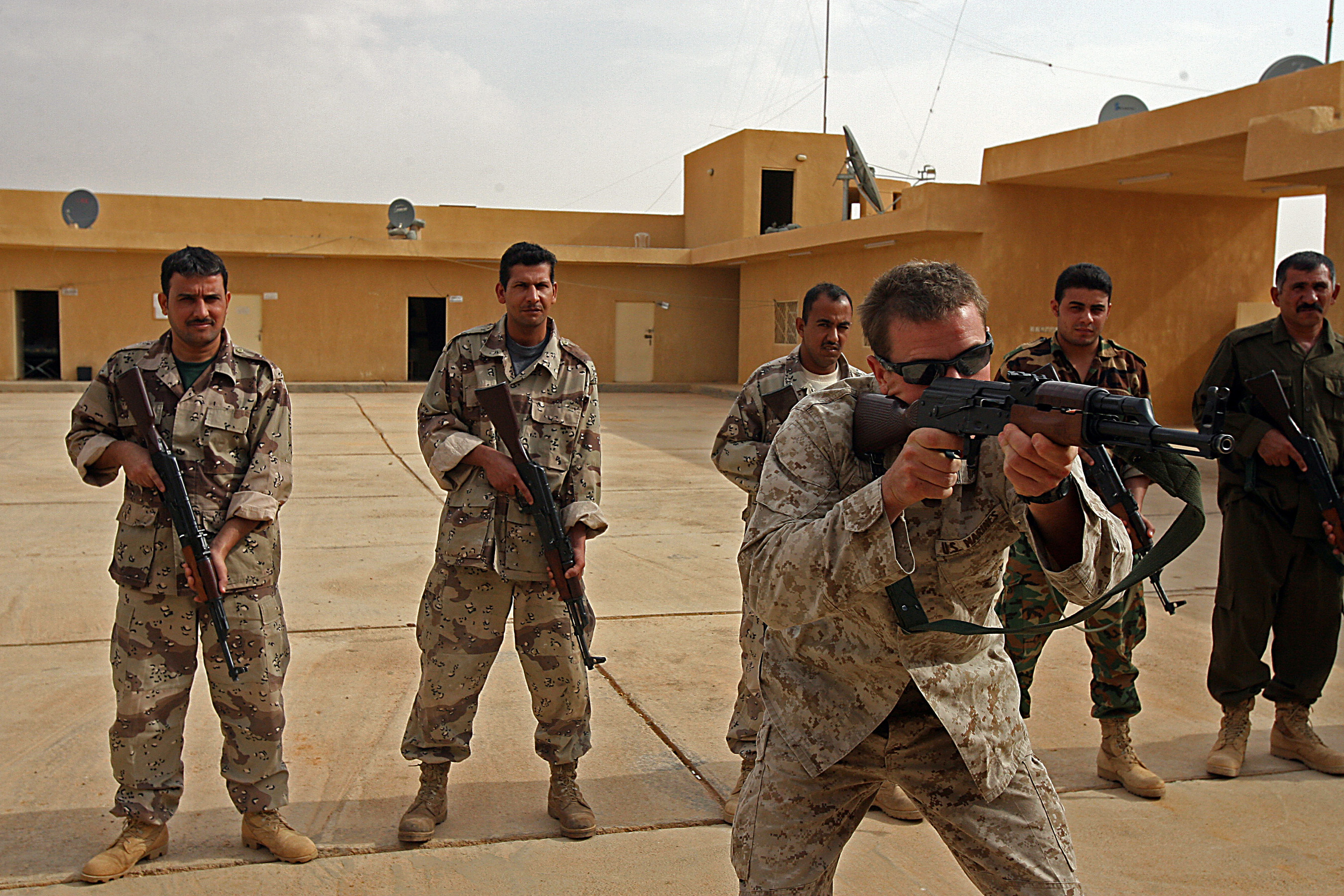 Cpl. Sherman W. Smith, infantry adviser, Border Transition Team 4222, teaches a class on combat marksmanship to a squad of the “Desert Wolves” 2nd Iraqi Border Police Battalion, 5th Brigade, 2nd Division’s newly formed Quick Reaction Force Oct. 23. Smugglers don’t waste time when they cross from Syria into Iraq. Marines identified the problem, and a group of Iraqi policemen answered the call. An elite platoon of Iraqis began training to be the border’s first Quick Reaction Force Oct. 22. The main activity the QRF will respond to is illegal drug and arms smuggling, said Smith, 23, Cooper Landing, Alaska. The QRF will also be a provisional infantry force for any immediate insurgent threat along the border towns and neighborhoods, to include improvised explosive device attacks and small arms skirmishes. Classes start with basics. Hand-to-hand combat and detainee ethics provide another less harmful option than the trigger finger. Marines don’t ignore the possibility of deadly engagements, so the QRF’s marksmanship and weapons familiarization improve with exercises from the Corps’ Combat Marksmanship Program. The CMP is a short-distance marksmanship exercise that incorporates firing on the move, target acquisition and accurate round placement. The course is more for the officers’ personal protection, and Marines always reinforce proper escalation of force procedures.