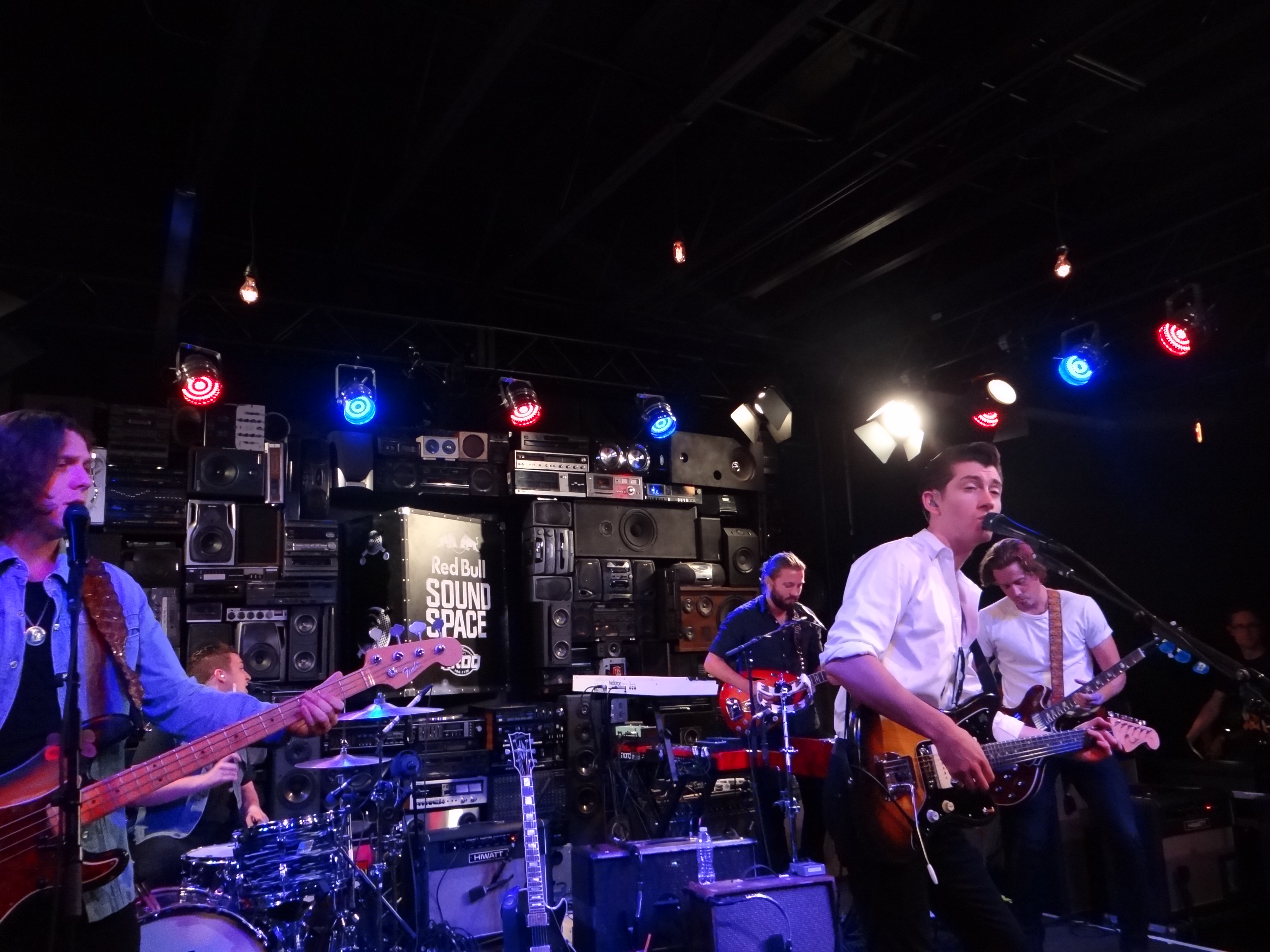 Rarely are we privileged with the opportunity to watch a unique and remarkable English indie rock band perform in Southern California. On Oct. 1, I was lucky enough to make it to the Red Bull Sound Space at KROQ in LA to watch the Arctic Monkeys perform the latest tracks off of their fifth studio recorded album, “AM.” With the Arctic Monkeys currently on tour and completely selling out their last three shows at the Wiltern in LA, I knew this performance would fall nothing short of spectacular.

The crowd gathered in front of a small stage that consisted of various shimmering lights, television cameras and stereos stacked together in odd patterns, as if it were an elaborate Guitar Hero backdrop. Consisting of lead singer Alex Turner, lead guitarist Jamie Cook, bassist Nick O’Malley and drummer Matt Helders, the Arctic Monkeys looked as eclectic as their music; one could not help but notice Turner’s 1950s slicked-back hair, gold chain and tucked-in white button-up shirt with a fancy pair of black and gold shades hanging from the top button. Cook sported a graphic t-shirt with a jean vest, O’Malley had a black button-up with an all-black silk vest, and Helders kept it casual with a white tee and jeans.

During the Q&A before the show, one fan asked Turner what he likes to listen to when not recording his own music. Turner jokingly responded, “Honestly, I’m actually not really into music all that much.” He followed that up with, “When we’re not recording, I enjoy listening to Autumn Poison and at times The Gorillas,” both punk rock bands from the UK that lend clear rock influences in the Arctic Monkeys’ genre-bending sounds.

The band commenced the show with “I Wanna Be Yours,” and then immediately transitioned into their hit song, “Why’d You Only Call Me When You’re High?” Soon after, the Arctic Monkeys had everyone ecstatically screaming, jumping and head-bobbing as Turner and O’Malley began singing the lyrics to “Arabella.” At one point, the entire band was singing in unison into the microphone while simultaneously playing their instruments, and proceeded to sway their arms side to side in the air. With all of their thrashing guitar solos, extraordinary drum combinations and powerful lyrics, the Arctic Monkeys far exceeded my expectations as I realized that this band sounds just as good live, if not better, than how they sound on the radio.

Although the packed venue was not quite as large as the band was used to, the Arctic Monkeys still treated the show as if they were performing in front of thousands of screaming fans in a massive arena. The show only lasted about 40 minutes, but it was enough to leave no doubt in my mind that if you check out this band live in concert for a full show, you are guaranteed to have a great time.