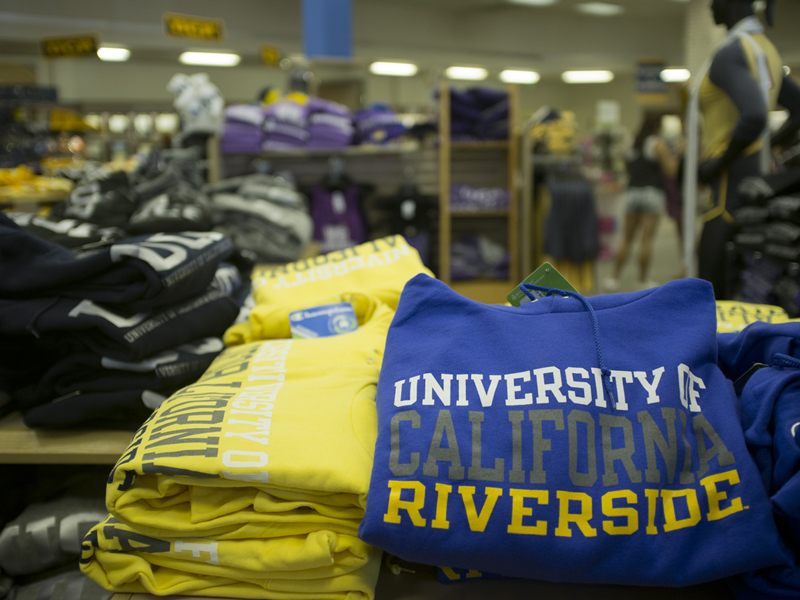 During the first few weeks of school a line forms outside the UCR Campus Store. Students patiently await to stow away their bags and collect a ticket to enter a room of shelves holding rip-offs upon rip-offs. Customers are usually freshman and transfers unaware of the other purchasing options available to them, students coming for the sake of convenience and students who need to purchase a unique book only sold at this particular bookstore.

The bookstore also sells apparel, supplies and electronics, but according to Assistant Vice Chancellor of Student Affairs Danny Kim, the majority of its sales come from the textbooks. However, the books are unreasonably priced compared to those sold at either the University Book Exchange or Amazon. Take for instance the textbook Vector Calculus by Susan J. Colley. At the Campus Store, the book is priced at $167 for a new version and $125.25 for a used text. On Amazon the price for a new textbook is as low as $98 while a used textbook is $91. There’s no surprise that the campus bookstore is failing; it was only a matter of time before students realized there were cheaper ways of purchasing books.

However, the campus bookstore is kind enough to let students borrow that particular book for $77. So if a student was to borrow this particular book for three quarters — which is how long a math series usually lasts — a student would pay $231, which is $64 more than a new text. The rationality of renting books on campus is absurd. With book websites having lower prices than even Amazon and off-campus competitor the University Book Exchange, the shock is that this bookstore has lasted this long.

Observing the failure of Borders might give some insight as to why the campus bookstore is losing money. In Sept. 2011, Borders officially closed its doors to the public, leaving Barnes and Noble to be the leading chain bookstore in America. This closure was caused by Borders’ decision to refurbish its physical appeal and hand over its online store to one of its top competitors, Amazon. Meanwhile, Barnes and Noble invested its time in its online store as buyers began to look to online sources for literature, music and electronics. One customer confessed that she would look at the Borders selection in the store and purchase the actual book from Amazon. Customers were sparse in Borders as online shopping increased in popularity, leaving Borders with no choice but to file for bankruptcy.

Similarly, some students head over to Amazon right after the professor releases the syllabus, leaving the campus bookstore as a last resort. What the bookstore lacks is a better strategy in modernizing the store. Although UCR has decided to privatize the store, lowering book prices is a small step forward.

To stay afloat in this economy, the campus bookstore needs to realize that more students are using electronic devices such as iPads and tablets. In the last year the demand for e-books has climbed to 266,000. E-books are something the campus bookstore should increasingly focus on. Helping students buy e-books for a lower price than Amazon should be possible for an educational institution.

Looking at past companies, like Borders, can provide insight on the reasons the bookstore is not staying afloat in the first place. Sure, privatizing the store will allow a stronger company to take hold of its management; however, it needs to understand the trend that is taking place on campus — the trend of technology.

Surprisingly, students don’t look forward to purchasing books at $100 or even higher because after the class is over, many students won’t ever use that book again. Instructors also change books constantly, leaving students frustrated because they aren’t able to sell their books to another student. And the idea of selling it back to the book store is a waste of time because the smallest nick on a book decreases the value price.

A brilliant plan would be to have the new campus bookstore model itself after more modernized libraries. Recently, libraries have been following the trend of technology by lending out e-books to their readers. For example, the library in Maryland has more than doubled its entire e-book inventory to just under 10,000.

The idea is to modernize book rentals. Reflecting on the Blockbuster bankruptcy and the success of Netflix, it seems appropriate to follow in the footsteps of digitized renting. Although Netflix and e-books are an entirely different form of media, there is a greater demand for both due to their convenience and simplicity. Creating a “Netflix” site for books would allow students to pay a small fee — if absolutely needed — for the entire year in order to borrow textbooks and gain access to information throughout the school year.

Not only would this save students hundreds of dollars on books every year but it will create an easier way for students to access the information needed sooner without having to wait for paychecks to pay for their books, the mail and the frustrating discovery of one’s professor not ordering enough books for the entire class. Although the campus bookstore will probably not be too keen on providing a way to decrease its profits even more, the priority is provide textbooks to students for as low a cost as possible. Hopefully, in the future, technology will provide an outlet on campus for students to find books and information they need for class just through the computer instead of through lines waiting for over-priced books or a two week-long shipment.

The real how-to advice for a successful first year comes from experience, not a book

The drought crisis in California