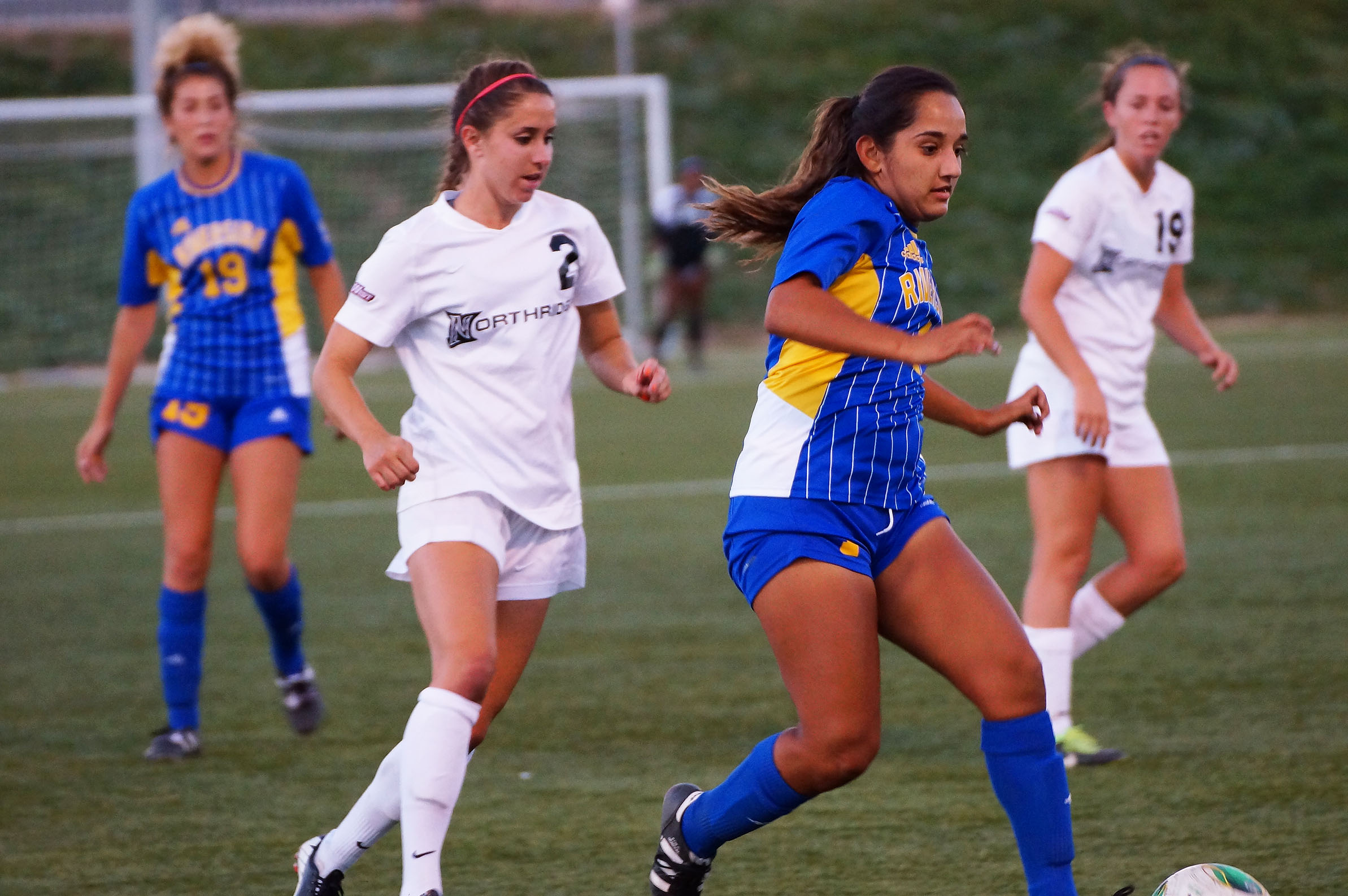 The UC Riverside women’s soccer team remains at the top spot in the Big West standings following a 1-0 victory against the visiting Cal State Fullerton Titans.

It took no more than three minutes and 21 seconds for the first and only goal of the game to be scored, when Kelly Velasquez found Jessica Olafsen for her first goal of the season. Despite being outshot 5-4 in the first half, the Highlander defense held strong and allowed the team to maintain the lead going into the half.

In the second half, the Titans again outshot the Highlanders 5-3, but were not able to find the back of the net thanks to a standout performance by UCR goalkeeper Elizabeth Silas, who denied all seven shots by the opposing Fullerton squad.

The rest of the second half turned out to be rather uneventful, as neither team was able to score, allowing the Highlanders to secure a victory in front of their home crowd.

Both teams stayed neck and neck with each other in the first half, with the Gauchos outshooting UCR by a narrow margin of 5-3 and both teams earning two shots on goal.

In the second half, the UCSB offense was firing on all cylinders. Though the shots remained relatively even at 4-6 in favor of the Gauchos, UCSB earned five shots on goal compared to none for the Highlanders. However, UCR goalkeeper Elizabeth Silas remained a rock at the goalkeeper position, stopping all seven Gaucho shots on goal to send the game into overtime.

The Gauchos’ aggressive attack finally paid dividends for them in overtime, when Allie Arinello rebounded her shot on goal and passed the ball to McKinsey Martinez, who scored the game-winning goal for the Gauchos.

With the loss, the Highlanders fall to 3-2 in Big West play and to second place in the conference standings, tied with UC Santa Barbara and UC Irvine for that spot, with Cal Poly in sole possession of first place at 4-1. The team looks to regroup for their next home match against UC Davis on Oct. 24.