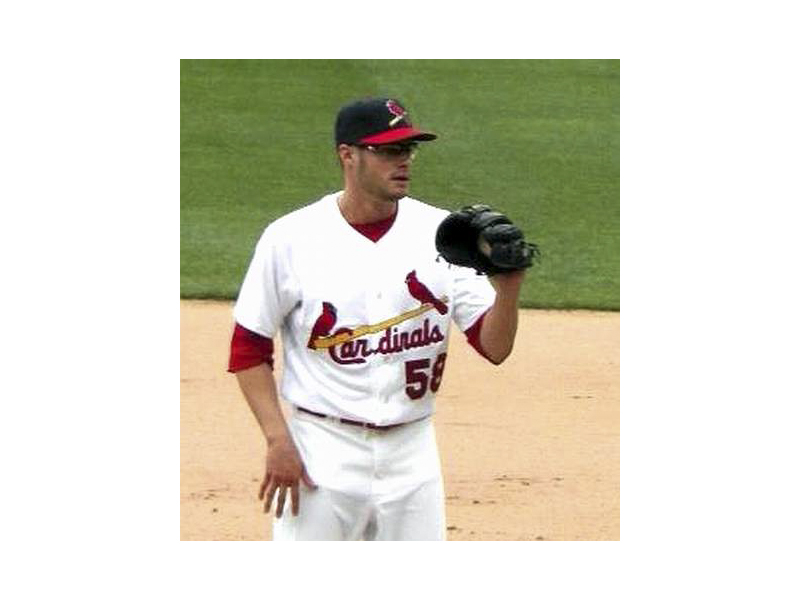 Rarely has UC Riverside been known for athletic dominance. This does not mean that we have not produced quality players, however — with an especially bigger surge in Major League Baseball in recent years. In 2013 MLB season, former Highlanders Anthony Claggett, Marc Rzepczynski, Dan Runzler, Rob Brantly and Joe Kelly all appeared in major league games. Among them, Kelly has had the most success this season, and is currently on his way to the 2013 World Series with the St. Louis Cardinals.

During the regular season, Kelly had a 10-5 record while starting and relieving for the NL central division champions. He compiled a 2.65 ERA in 124 innings pitched. At UCR he had a 4.65 overall ERA, going 8-11 over 42 total games. He also set a Highlander record for career saves with a total of 24, and was named Big West Pitcher of the Year as a freshman in 2007. Two years later he attained All-American status.

“It’s been great fun,” said UC Riverside baseball coach Doug Smith about seeing Kelly pitch for the Cardinals. Smith has been coaching the Highlanders since 2005. “We’ve been fortunate, seeing guys like Troy Percival succeed and Rob Brantly. Marc Rzepczynski, who I think is with the Indians this year, got to pitch with the Cardinals a couple years ago in the World Series as well.”

Kelly was first called up to the majors in 2012, making his debut on June 12 against the Cleveland Indians, going five innings while allowing one run and striking out four. This postseason, he has a 4.91 ERA while going 0-1 in two starts for the Cardinals.

Smith said that he and Kelly have kept in contact. “He checked in and texted me after the first game of the NLDS. It was great to hear, and just knowing him I know how much he’s enjoying (this experience).”

On a larger scale, Kelly is one of a few UCR athletes in recent years, including track star Brenda Martinez, who have gone on to succeed at higher levels. Smith acknowledged the positive impact it had on university stature and also recruiting purposes. “Having five players in the major leagues last season, and when this kind of thing occurs with Joe on the national stage, it makes (recruiting a bit easier), with there being more to show. “

Kelly had a humorous moment before Game 6 of the NLCS against the Dodgers that put at least a small spotlight on him. After the National Anthem had been sung and all the rest of the Cardinals and Dodgers players had gone back into the dugout to sit back down, Kelly and Dodgers outfielder Scott Van Slyke were the only players left standing. Kelly and Van Slyke looked at each other and refused to move back to the dugout, in a standoff that was eventually stopped by umpire Greg Gibson telling both players to go back to the dugout. Kelly faked out Van Slyke by doing a fake step and keeping his place, thereby winning the small standoff.

Whether the Cardinals go on to win the World Series or not, Kelly’s strong contributions to the team’s success this year have certainly shown that UCR is capable of producing high caliber athletes.