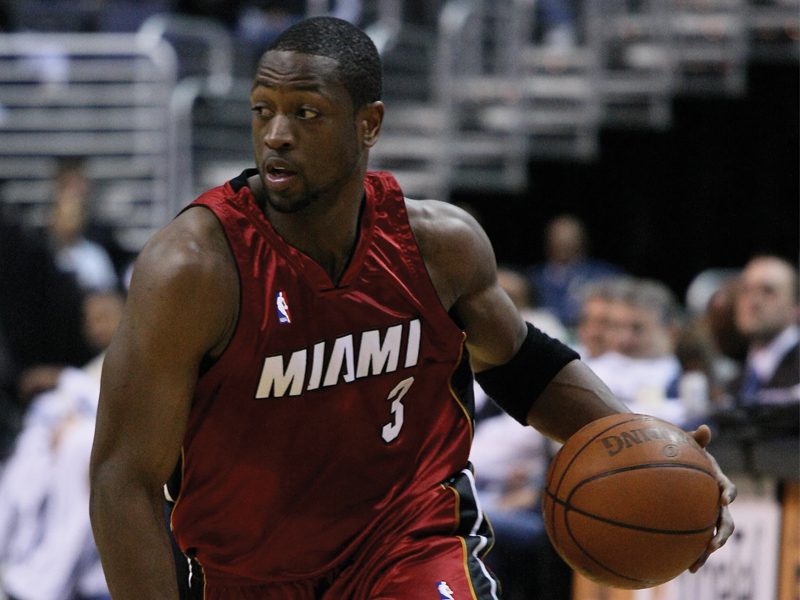 Well, the NBA season is finally upon us, basketball fans. We finish up our preview with the best guards in the league.

You’d have a tough time finding a more complete point guard than Chris Paul. His arrival in Los Angeles flipped the franchise from public shame to a formidable force in the West and gasp — a legitimate NBA title contender. He is the most productive point guard on the court in running his team’s offense. The Clippers floor general does it with acute and accurate passes, timely buckets and staunch defense. Paul led all point guards in Player Efficiency Rating (PER) last season and became only the fourth player after Magic Johnson, Isiah Thomas and Tim Hardaway to average at least 16.5 points, 9.5 assists, 3.5 rebounds and 2.4 steals per game for a season. A master of the pick-and-roll, Paul not only makes himself better, but also his teammates, contributing to the growth of the Clippers’ frontcourt duo of Blake Griffin and DeAndre Jordan.

Derrick Rose continues to dazzle with his quick bursts of athleticism and unheralded speed, even in preseason play. Despite missing all of last season due to an ACL injury, the point guard will be under immense pressure to produce immediately for the Chicago Bulls. The only man to have snagged the Most Valuable Player award from Lebron James in the last four years, Rose in his last full season averaged over 25 points, seven assists and four rebounds per game. Last season he resisted fan urges to return during the Bulls’ playoff run, which will serve him well for this year. With a penchant for attacking the basket and an uncanny ability to run the floor, it might take Rose a few games to get back into the pace of the NBA, but once he does, look for the Chicago native to reassert himself as one of the top-tier point guards in the association.

Playing alongside Kevin Durant, Westbrook oftentimes is lost in the shuffle of best point guards in the league. Though he’ll miss the beginning of this season due to injury, when healthy Westbrook plays a dynamic style that wrecks havoc on his opponents and opens opportunities for his teammates, including Durant. The UCLA product last season finished sixth in the league in scoring (23.2) and seventh in assists (7.4), though his three-point percentage was below par. He has been selected to the NBA’s All-Second Team three straight seasons, and is the ironman of the NBA, never missing a regular season game for his career until the start of this season. The fact that the Thunder’s title hopes crumbled when he was injured speaks volumes for his worth. Though he’ll miss time this season, Westbrook still should be etched among the top guards in the league.

With Kobe sidelined, Wade battling his body and Ginobili dancing with Father Time, Harden has emerged as the best shooting guard in the game. After averaging 25.9 points and 5.8 assists a game last season, Harden’s statistics should only grow as he plays off Dwight Howard. A natural playmaker and efficient scorer, he finished last season in the top 10 in points per game (fifth with 25.9), three-pointers made (sixth with 179), steals per game (seventh with 1.82) and free throws made (second with 674). He resoundingly proved that he can be the No. 1 scoring option on a team after several seasons playing behind Kevin Durant and Russell Westbrook. Many Rockets fans scream that players should fear the beard. The way Mr. Harden has been playing lately, they are certainly right.

In sports it’s all about: What have you done for me lately? Last season, Kobe Bryant was having a career year at the age of 34. Fast forward to today and he’s ranked No. 25 on the NBA’s best players list behind players such as Roy Hibbert and John Wall. Bryant is often imitated, but never duplicated. He is the most determined and hard-working player the NBA has to offer. Even at full strength, at this stage of his career, Bryant’s not better than Harden, but he is certainly better than all the rest. He single-handedly pushed the Lakers to the postseason before his body betrayed him, and continues to defy the hands of Father Time. Bryant ranked among the top in every important statistical category. With his unmatched work ethic and competitive spirit, I’d expect nothing less than to see him there this season as well.

“Hobbled” would be the word to describe Dwyane Wade’s postseason last year. At moments he revealed the wear and tear of 10 years in the game, but during the regular s

eason Wade produced one of his most efficient seasons. He shot a career-high 52.1 percentage from the field while averaging five assists and rebounds per game. Though his scoring output has dropped each of the last four seasons, Wade can still play like one of the top three or four players in the league, though most nights he doesn’t have to — thanks to Lebron James. An efficient and smart scorer and solid rebounder for a guard, Wade spent the summer recovering and rehabbing his ailing body parts. With the Heat going for the rare three-peat, expect the 31-year-old to yet again prove his doubters wrong.