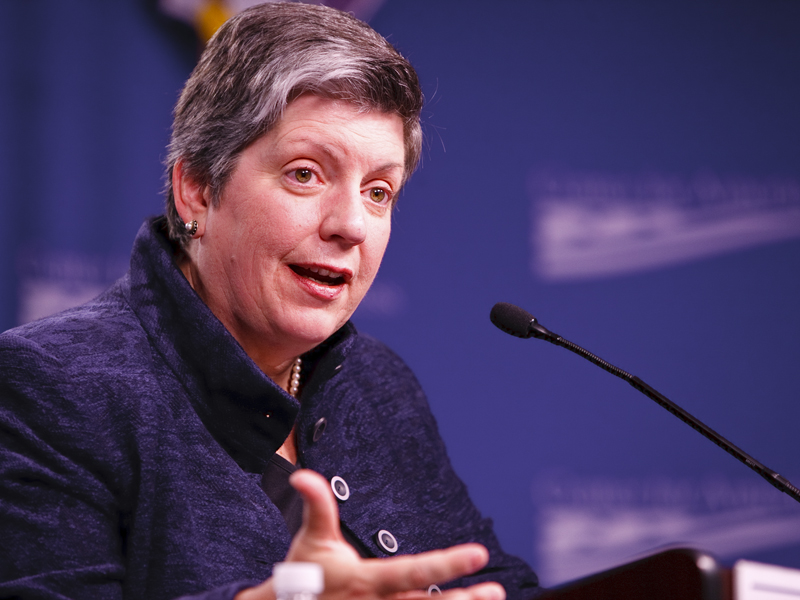 In her first major speech since being appointed President of the University of California (UC), Janet Napolitano promised to allocate a total of $15 million to initiatives that would support three groups in the UC campus: undocumented students, postdoctoral fellows and graduate students. The funds would be distributed equally — $5 million apiece — to each of the three groups and would come from discretionary one-time reserves and not from the state or tuition. Speaking before the Commonwealth Club at San Francisco’s Mark Hopkins Hotel, Napolitano stated that the some of the funds would go to resources such as trained advisers, student service centers and financial aid.

From the onset of her selection, Napolitano has faced a wave of criticism from students arguing that her previous experience as the secretary of homeland security does not make her qualified to run a university of over 200,000 students. In addition, some students have expressed concerns with Napolitano’s actions as secretary and as governor of Arizona, citing the record number of deportations of undocumented immigrants during her term. In her speech, however, she argued that she has long supported undocumented students’ path to education, and reminded the audience of her testimony before Congress in support of the DREAM Act.

“These Dreamers, as they are often called, are students who would have benefited from a federal DREAM Act,” Napolitano said. “They are students who deserve the opportunity to succeed and to thrive at UC.”

During the speech, Napolitano also acknowledged the need to fund research at the 10-campus university system. “I’ve heard enough to know that if we are to remain a premier research university, we must increase our support for postdoctoral fellows and graduate students,” she said.

The UC president also spoke about the need to bring more minority students to the UC system.

She stated, “The history of UC shows how great public research universities can be vehicles for social advancement. Thousands upon thousands of UC alumni were first-generation immigrants and the first in their families to attend college … Four of our campuses each have more low-income students than all eight Ivy League universities combined.”

She concluded her speech by reminding audience members about the importance of teaching, stating that the UC system has the power to make the state more prosperous and enlightened.

Napolitano is scheduled to meet with the UC Board of Regents from Nov. 12-14 to discuss the the future of the university system.