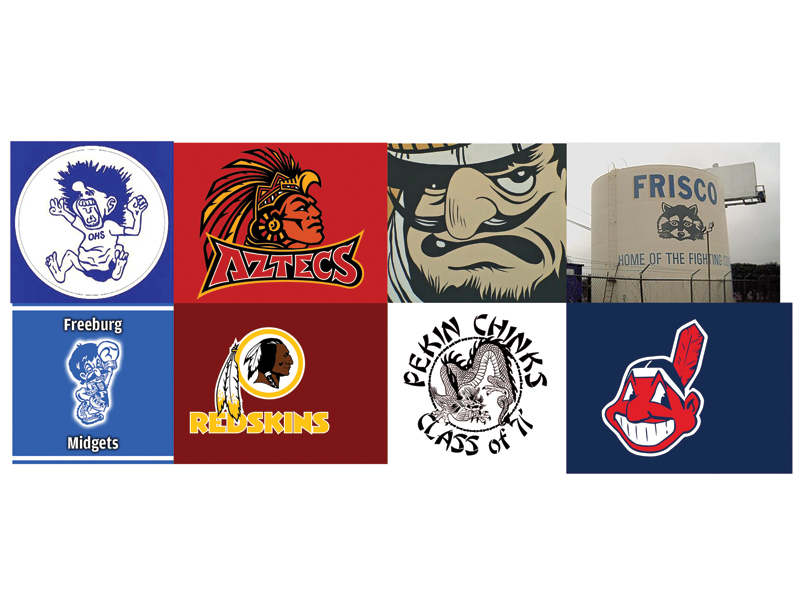 Coachella Valley High School made national headlines this past month after the high school was asked by the American-Arab Anti-Discrimination Committee (ADC) to change the name of its current mascot — the Arab. In a letter addressed to Coachella Valley Superintendent Darryl S. Adams, the ADC called the mascot an example of “gross stereotyping,” and asked for a “swift and amicable solution” to the issue.

After this story broke, the high school attempted to explain the history behind its mascot. According to Coachella Valley High School Alumni Association President Rich Ramirez, the name was coined by a sportswriter who thought that the term “Arab” was a good description for the tough and “brave” play the football team displayed during a huge victory in 1931. Since then, Ramirez and members of the Coachella community have publicly resisted the name change, stating that the mascot isn’t meant to offend. According to them, this is all supposed to be fun and games.

Granted, that’s a fair enough point. The name of the mascot wasn’t chosen to offend; it was chosen based on good intentions. There is no crime in that. But the school fails to realize that despite the good intentions of the past, the fact still remains: It’s not 1931 anymore. Presently, the name of the mascot isn’t being celebrated by all; the stereotypes that it enforces are offending a number of people all across the nation.

Just take a look at how the name has irked folks in this country. “ADC strongly believes that use of the word and such imagery perpetuates demeaning stereotypes of Arabs and Arab Americans,” stated the ADC. “Coachella High Arab mascot (is a) sad reflection of our worldview,” said Reza Gostar of the Desert Sun, about the crassness of the mascot.

Examples like these show just how negatively the mascot has affected people. And it’s not like they don’t have good reason to be offended. Just think about what’s being done: A racial term is being used to describe a mascot — a mascot! It’s like saying that races and ethnicities are comparable to puppy dogs that people can call upon when they need entertainment. That’s just demeaning and inconsiderate. And consider the way that the mascot is portrayed: It’s given a heavy beard, a hooked nose and a kaffiyeh to wear. This kind of description reinforces ignorant stereotypes that say that all members of a certain group look, act or dress the same way. Ideas like these are just absolutely close-minded.

But the outrage is not just limited to this one high school mascot. It’s an epidemic that’s hurting the U.S. on a national level. Take the racially charged hellstorm that the Washington Redskins have caused, for instance. There are a handful of Native Americans who have long been fighting to change the name of the NFL team, and this push has recently intensified. According to some, the “R-word,” as national Native American rights activist Suzan Shown Harjo called it, is as offensive as the N-word and should be dropped.

Whether or not one agrees with the comparison, Harjo brings up an interesting point. Those kinds of terms are derogatory and have no business in sports programs. Speaking as a Mexican American, I would feel absolutely enraged if a sports program decided to nickname its team the “Wetbacks” — even if the name was meant as a joke, not an insult. It’s demeaning to categorize a certain race as a mascot and no ethnicity deserves that kind of treatment.

And it’s not like a name change is an impossible task. Some schools have started to adapt to the tolerant ways of 21st-century America. In 2010, Wisconsin became the first state in the nation to legally ban racially offensive mascot names. Following the ban, high schools in the state obliged. Menomonie School District, for example, changed its mascot from the Indians to the Mustangs.

In addition to that, there are a number of high schools all across the nation that have also changed their racially offensive mascots. In Texas, Frisco High School’s mascots changed their names from the Fighting Coons to the Racoons. Just up north, the Wahpeton Wops, who previously offended numerous folks of Italian descent in North Dakota, changed their names to the Huskies. And in the Midwest, the Pekin Chinks also angered members of the Asian American community before being renamed the Dragons.

Admittedly, the name changes did come at a hefty price. In one case, a school in Wisconsin reported that the pricetag for the renaming of the mascot cost a total of $50,000. Most of the expenses came from ordering new uniforms with different logos and repainting parts of the school that featured the former mascot.

We get it. It’s costly and it would eliminate a huge part of a sports program’s history. But this is a small price to pay for the total number of people angered by the stereotypical mascot. Nicknames such as these irk a significant amount of people who believe that these kinds of names are reflecting poorly on the nation’s narrow view of the world. A simple name change would not only stop the complaints, it would also show a little class from the sports teams. If other schools are willing to make the change, what’s stopping higher profile teams from doing it, too?

This is a change that must be welcomed by all and it’s a win-win situation. If the names of offensive mascots are altered, the programs will no longer live with the scrutiny of having angered a group of people who are offended by the name, the programs will show class and acceptance to all ethnic groups and the affected community will no longer be offended by such insensitive logos. The tradeoffs simply seem well worth it.

Coachella Valley High, for the sake of decency, it’s time to let go of the past and change the name of your mascot. There are certain things in this world that are not worth clinging to. Offending ethnic groups is one of them.