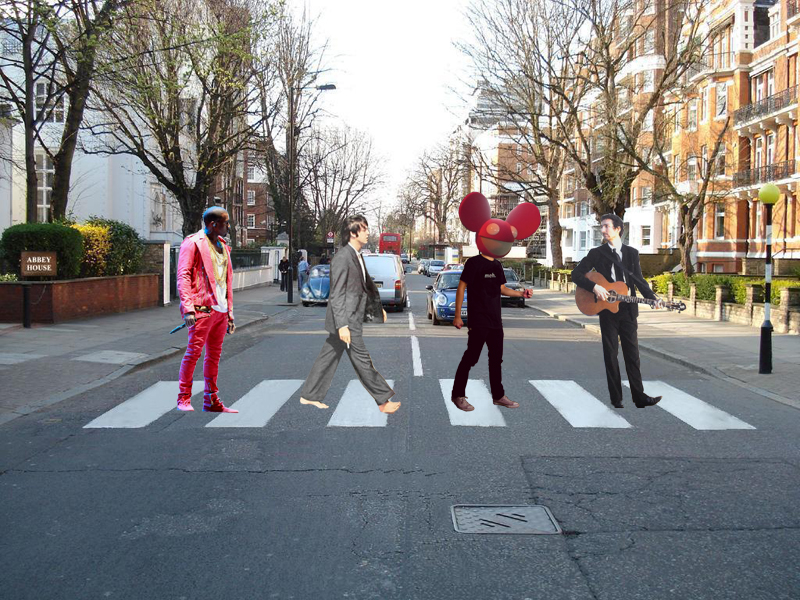 I am an unabashed indie rock fan. I can hardly help it. My favorite bands range from Arcade Fire (whose lyrics gave this column its name) to Vampire Weekend to the New Pornographers. Stereotypical? Sure. But you can’t help what you like, right? I grew up hearing 80s alternative music around the house, so it seems natural that I would lean toward the indie music of today. It is only in recent years that I have learned to branch out from listening in my comfort zone. In breaking free of this rut of similar music, I’ve realized that it is truly an enriching learning experience.

Recently, I was at folk-punk singer-songwriter Frank Turner’s concert in San Diego, and he said something during the show that really piqued my interest: Those who listen to hardcore punk don’t just start listening to it right off the bat. First, a band like Green Day or The Offspring catches their attention before they move on to the edgier stuff. Taking this idea further, our taste in music and most arts in general is shaped by our upbringing and what we grew up hearing.

From an early age, we latch on to the most accessible and relatable versions of songs. For example, Green Day was my entry band into alternative music because — as an angst-ridden high-schooler — their music spoke to me in a way I could understand. In a different vein, the “Oh, Brother Where Art Thou” soundtrack playing on car rides to school subconsciously started my appreciation for folk, which I didn’t get into until my senior year. Though I may not have understood all the subtleties in the instrumentation or lyrics, it was the aesthetics, general mindset and ethos of the music that appealed to and stuck with me.

After first finding music that speaks to us, we are more likely to seek out other bands that sound similar to the music we like. And there’s nothing wrong with that. Accessibility is key in the early development of music appreciation — and honestly, an appreciation of almost any kind of art. What so many people do is unintentionally limit themselves to their initial interests. All too often, an indie rock fan will think that most rap or hip-hop they hear is crap — and the same goes for rap or hip-hop fans listening to indie rock. However, the genres that may seem mindless or boring to you are very popular for a reason. Not to say all popular music genres or songs are high art, but most of what influenced them comes from a long tradition of experimentation and innovation within their genres.

So if you’re an indie rock fan that hates hip-hop — except for that one guilty pleasure Kanye West song (admit it, you don’t change the station when “Gold Digger” comes on the radio) — try finding a hip-hop song with instrumentation or lyrics that remind you of indie rock. After figuring out what you like from that song, look for related artists — things like last.fm, Spotify and Wikipedia make for great jumping-off points to find performers with similar sounds. And in most cases, the further back you go, the better. Finding out who influenced the artists you like can give you context for their sounds and ideas — which is a huge step in appreciating, and eventually liking, something new.

It won’t be easy at first. Coming to like a new sound takes time. But finding and exploring new art isn’t just rewarding; understanding why artists in a certain time and place used specific words and sounds to effectively communicate a message to their audience contributes to your greater cultural knowledge. Paul McCartney recently said in a Q-and-A that the last four albums he bought were by Kanye West, The National, The Civil Wars and Jay-Z. If a music legend still thinks it’s worth it to understand music genres across a wide spectrum, then it should be certainly be worth it to you and me. So get listening. And I’ll see you at the show.