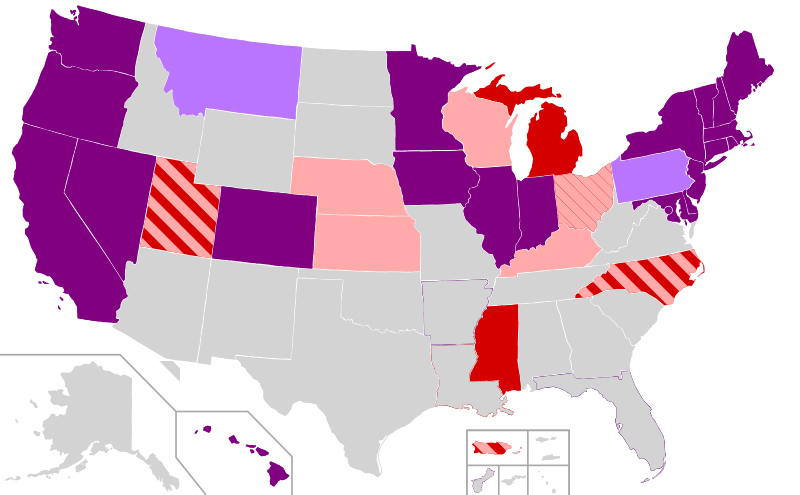 A state law affecting the rights of transgender students was implemented on Jan. 1, 2014, despite attempts from opposing groups to place a proposed referendum on this year’s state ballot; the referendum would give California voters the power to decide whether or not to overturn the School Success and Opportunity Act (SSOA).

The SSOA allows K-12 students to participate in school extracurricular activities, such as sports teams, and use health facilities, such as showers and bathrooms, of the gender they identify with.

Opposition groups, such as Privacy for All Students — a conservative coalition consisting of parents, students, nonprofit and faith groups — seeks to repeal the state law, citing privacy concerns for students who may not feel comfortable sharing the same facilities with the opposite sex.

Back in Nov. 2013, the group needed to gather a minimum of 500,000 valid signatures to qualify the referendum for this year’s ballot. They obtained a total of 619,244 signatures, which the secretary of state needed to verify through random sampling. When the results came back, 482,582 signatures were considered to be valid, which fell 22,178 signatures short of stopping the state law from going into effect and placing the measure on this year’s state ballot.

But since the 482,582 validated signatures fell within the threshold of 95 and 110 percent of the required 500,000 signatures — reaching 95.6 percent of the signatures needed — state law requires each of California’s 58 counties to recount every signature. If 504,760 signatures are verified by Feb. 24, then state officials must place a hold on the law until California voters decide its fate later in November.

Supporters of SSOA argue that the state law has sufficiently clarified existing legislation that can protect transgender students from harassment. The law will affect approximately 6.2 million K-12 students in California public schools.

“Though the previous state law prohibits discrimination based on gender identity, many school districts were not meeting the standards,” stated Tubbs. ”The bill allows the students to be treated in a fair manner and allows them a safe learning and school environment.”

However, members of Privacy for All Students said in a news release that establishing such a law may confuse younger students about their existing sexual orientations. “A student can assert a gender identity at school at any time,” read a statement by the group. “Because gender identity is based on feelings … he or she can be both transgender and heterosexual at the same time.”

UCR students, such as third-year history and English double major Jessica Baker, believe the state law will make people more informed about an underrepresented demographic. “I do see social problems due to the lack of knowledge (about transgender) people … but (the state law) can be a major step forward in bringing these problems into the forefront,” Baker said.