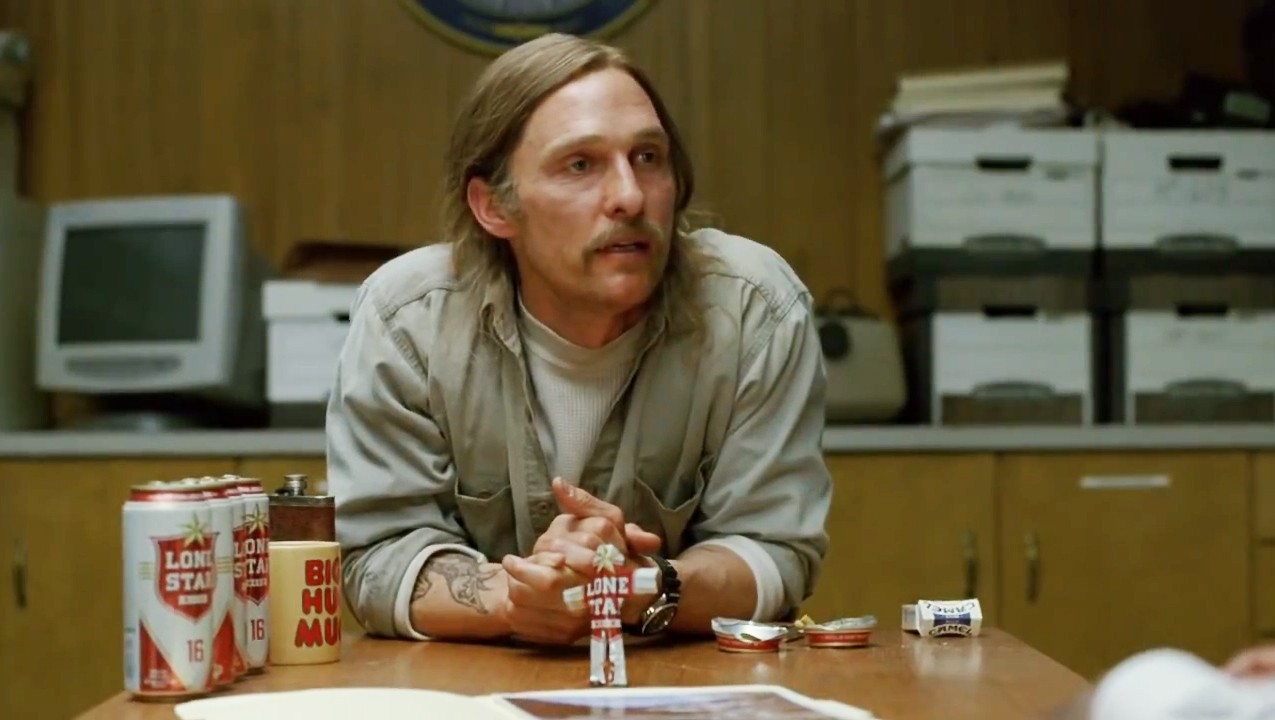 Ozark-native novelist Daniel Woodrell (“Winter’s Bone”) is noted for coining the term “country noir,” but there is a new noir on the map and it isn’t in any book. “True Detective” is a new cop series on HBO done in just six 60-minute episodes, starring Woody Harrelson and Matthew McConaughey. This is not the average pot-boiler, whodunit, murder-solved-in-one-episode buddy-cop show. It’s dark, small-town Louisiana noir, and turns “Law and Order” into a children’s cartoon.

The show opens on a darkened figure heaving over a shouldered, bundled load. Quick cut to a handful of burning grass. Another quick cut to a field on fire, and it all begins. The first character we finally see is Louisiana State Police Criminal Investigator Martin Eric Hart, played by Harrelson. He’s your average family-man detective who just wants to do the job right. Hart is being interrogated about a murder that took place 10 years ago — and more importantly, he is questioned about his relationship with his previous partner.

Switch to another police station. Ex-criminal investigator Rustin Spencer Cohl, played by McConaughey, is under the same interview. He resembles a meth addict more than a cop with long, greasy hair and a fu manchu. He ashes cigarette after cigarette into a mug, and halfway through the interview he demands a six-pack of Lone Star beer — or else he’ll walk out. One of the questioning cops returns with a sixer of 16-ounce cans.

The first episode jumps back and forth between the present-day interview and the murder that took place in 1992. The murder itself is just as eerie as the appearance of McConaughey’s character. In a flashback, the two detectives arrive to a scene in a rural farming area, crude pagan symbols tied together by sticks hanging from an oak tree. A dead, naked body kneels against the tree. A crown of thorns and deer antlers adorn her head.

Not many questions get answered in this first episode — all we ever really find out is the woman’s name — but this series is about the characters, not the dead bodies whose stories are already over. Cohl is a philosophic tortured soul that doesn’t fit in with the small-town Louisiana mindset. He contemplates human consciousness as a tragic misstep in evolution, battles insomnia with Quaaludes and is a genius detective. He keeps a larger ledger filled with meticulous notes and drawings. Because of his feverous note-taking, the department calls him “Tax Man.”

With Hart playing the family man, the exact opposite of Cohl, their car rides from 1992 are filled with tension — which is probably the best adjective to describe this entire pilot episode. The show doesn’t get caught up in backstory that stops the narrative; creator Nic Pizzolato simply tosses you into his world, and it’s up to you to sink or swim. Whether it’s the murder, the two detectives’ friendship, work issues, Cohl’s past, his vices or Hart’s family, you’re always wondering what’s going to happen next.

Even though everything rides on the shoulders of these two famous actors, McConaughey doesn’t play his usual lovable-goof who manages to always have his shirt off. It is a far departure, and really shows his maturity as an actor. Through his movements and deranged look it is almost impossible to recognize him in the present-day interviews. But it’s not all McConaughey; Harrelson does a beautiful job of showing us a man who is supposed to have it all, but is slowly cracking at the seams from his job. We’re left begging for a moment in the series when he finally breaks down.

Whether it is Cohl’s vices and philosophic battles, or Hart’s struggle to keep family and work together, “True Detective” is wrought will conflict that will have you impatiently waiting for next Sunday.