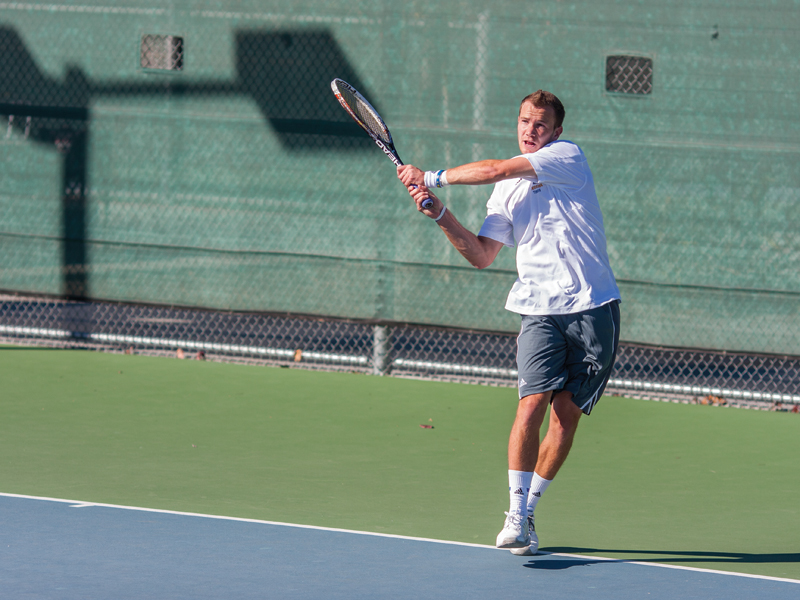 The university’s tennis teams continue to swirl down an ominous road. Both clubs failed to win over the weekend and haven’t notched a win under their belts. The University of the Pacific women’s tennis earned a clean sweep over the Highlanders on Feb. 7, winning all nine matches in a 7-0 beatdown. Although the team was playing in Las Vegas, Lady Luck was not on UCR’s side as the Highlanders lost the doubles point and suffered six straight set victories. The Tigers won all three doubles matches, dropping only six games.

Facing New Mexico the following day, Jasmine Almaguer proved to be the lone bright spot for the university. The freshman earned a three-set victory (7-5, 5-7, 10-8) and improved to 3-2 in singles on the year. The Aggies, however, won all three doubles matches and five out of six singles matches. The contest was New Mexico State’s first victory of the season.

The men’s tennis lost a 7-0 decision to Sacramento State on Feb. 7 at the Spare Time Indoor Tennis Center in Gold River, Calif. The Hornets dominated the Highlanders from top to bottom, but UCR Head Coach Tim Downey remains optimistic. “We played a tough match today,” Downey stated. “Though we may have felt overmatched, we were right there in four of the matches and easily could have surprised them. More work ahead and we will continue to improve.”

On a rainy day in Davis, Calif., the UC Davis Aggies swept six singles matches in a 6-1 victory over UC Riverside. The two teams had to change venues in between play because of unfavorable weather, but the switch didn’t bother the rackets of the Aggies. The Highlanders started the match competitively by securing the doubles point, but couldn’t earn a win on the singles court.