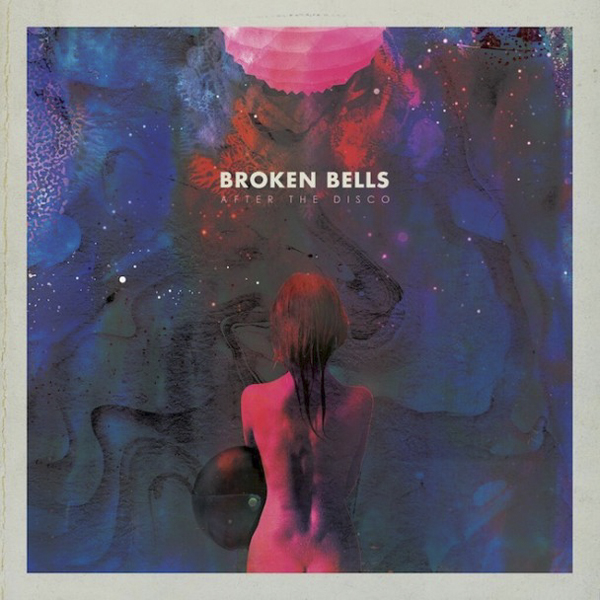 In 2010, James Mercer of the Shins and acclaimed producer Danger Mouse (aka Brian Burton, who has produced albums for the likes of the Black Keys, Gorillaz, Beck and Portugal. The Man) put out a collaborative album under the band name of Broken Bells. The album took Mercer’s 60s-pop-folk songwriting and voice and combined them with Danger Mouse’s eerie synth hooks to form a uniquely vintage-yet-contemporary sound. While the record wasn’t perfect, there were still some good tracks and a more cohesive sound than their first record that made it worth a listen. On their second album, Broken Bells does nearly the same thing: “After the Disco” isn’t perfect, but it takes the duo’s sound and produces another take on this unique pairing — with slightly better results.

In songs like the record’s lead single, “Holding on for Life,” Mercer continues to show off his perceptive and evocative lyrics as he sings, “Oh, ain’t nobody calling / Ain’t nobody home / What a lovely day to be lonely.” Singing in a Bee Gees-esque falsetto, Mercer is accompanied by a ghost-like synth and menacing, repetitive bass. The song finds its strength in making you confused as to whether you should dance to it or contemplate your life, as its introspective lyrics juxtapose against its funky beat.

Other tracks, like the somber “Leave it Alone,” are more acoustic-based — effectively, the Shins with extra instrumentation. Danger Mouse’s subtle background synths accent the acoustic guitar to give the song a hypnotic feel. Mercer, singing his own backup vocals, adds to the spaced-out vibe as his haunting falsetto repeats, “Leave it alone,” seemingly coming out of nowhere, begging to be heard and understood.

Though there aren’t any truly bad songs on the album per se, some songs make the listener wish for a bit more. For instance, while “The Changing Lights” isn’t bad, it wades in “good” territory for too long when it could have built up to something great. Though it is difficult to criticize a track for something that it could have done, the song’s beat was truly begging to be brought up a notch toward some kind of sweeping crescendo — or at least something more interesting, rather than teetering on the verge with its just-below-ecstatic beat.

And that’s truly Broken Bells in a nutshell. With one of indie-pop’s most acclaimed songwriters and one of the most clamored-for producers in the industry today, you should find yourself in “Record of the Year” territory. Instead, Mercer and Burton have produced a very good, occasionally great record. The spacey vibes and loneliness pervasive throughout the record make for a compelling album theme — now, they just need to find a way to come back to Earth and make a spectacular landing.

However, it doesn’t seem Mercer is too interested in doing that, as he sings in the album’s final track, “The Remains of Rock & Roll”: “It’s too long to wait around for everyone to decide / I’m off to the promised land if anyone needs a ride.”