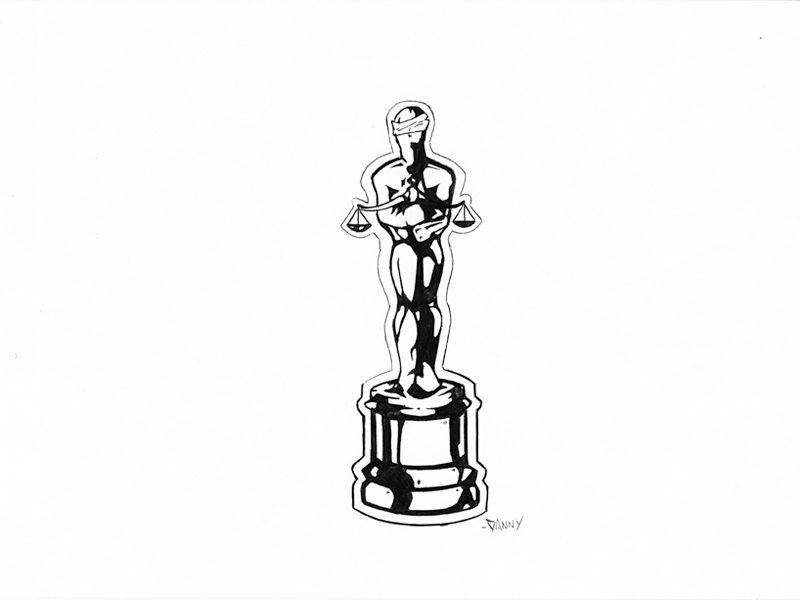 Woody Allen’s adoptive daughter, Dylan Farrow, recently published a column titled, “An Open Letter From Dylan Farrow.” The column has stirred up some controversy in the upcoming Oscar races, because in Farrow’s highly descriptive letter, she claims she was sexually assaulted regularly by Allen when she was only a little girl. The sexual abuse allegations against Allen have film professionals and Oscar awards voters debating whether to take the nominee’s personal issues into consideration when selecting the recipient of such an award.

Whether the accusations against Allen are true or not is besides the point. What is at stake in this situation is the importance of morals and ethics. Should actors and producers be honored with awards regardless of their unethical behavior? Such prestigious awards, like the Oscars, should be given to a talented and well-rounded person. For someone talented to be honored with an Oscar, that person should be admirable as a human being as well. It is misleading to reward someone when they have failed to comply with basic moral standards. Doing so would give society the impression that as long as you can perform a respected talent, it is socially acceptable to commit immoral crimes.

According a spokeswoman for the Academy of Motion Picture Arts and Sciences, the group that holds the annual Oscar awards, “The Academy honors achievement in film, not the personal lives of filmmakers and artists.” Media puts talent at the top of its list of priorities, forgetting the amount of influence it has on the rest of society. Lindsay H. Hoffman of the University of Delaware writes that communication research has proven the varying effects that media has on a community’s behaviors and attitude. The study used newspaper content, a survey and advertising data on the 2004 presidential campaign. By monitoring context in the media, researchers found that there is a relationship between the media’s portrayal of a presidential candidate and the public’s opinions regarding him. Media helps individuals understand the social and political world they live in by providing materials for them to understand the opinions of the society around them. It can shape people’s ideologies and change their views on morality.

By rewarding actors or producers who have engaged in immoral behavior, society can get the impression that issues such as sexual abuse are insignificant. Rewarding someone regardless of whether they have committed a crime or engaged in improper behaviors shows that if a person is talented or wealthy it can be forgotten or ignored. Overlooking these kinds of issues can create an acceptance for them. An acceptance of sexual or child abuse can lessen the severity of the consequences of these problems.

This problem does not only affect movie stars. Media also has an effect in the political atmosphere. Hoffman points out that in the political world, media is the primary source of information. Therefore media can have a crucial role in determining the public’s opinion of political figures.

Since media is a crucial part of a political figure’s reputation it is important for politicians to maintain a clean image through the actions they engage in. Refraining from unethical deeds is the easiest part of being a politician. It is irrational for politicians to ruin all the hard work that has gone into their career over avoidable misconduct. Still, political figures commit these mistakes and are forced to face the consequences. Most politicians, like Representative David Wu, resign from their position once media has gotten ahold of the improper actions they’ve engaged in. Claims that David Wu “engaged in aggressive and unwanted sexual behavior” led to the congressman’s decision to resign. Resigning before the claims had been investigated shows a level of guilt, which can prove that these allegations can have some truth to them. Media’s exposure of an influential individual’s inappropriate conduct can change the public’s attitude toward them. Perceptions of these individuals can go from honorable to untrustworthy. Dishonesty is not a characteristic that is admirable, especially not in someone who has a good reputation to uphold.

Presidents and other political figures are leaders who are expected to be proper human beings. Society expects them to be decent people and do what is morally correct under any circumstances. Just like political figures, society sets similar expectations for celebrities. Furthermore, society tends to idolize them. Celebrities become icons and people who others look up to because of their success. Because of their fame, they receive a considerable amount of respect from their fans. Since they are held to higher expectations, it becomes crucial for them to uphold a clean image. Because celebrities are idolized by society is it important to be role models in every aspect of life — not only in their profession.