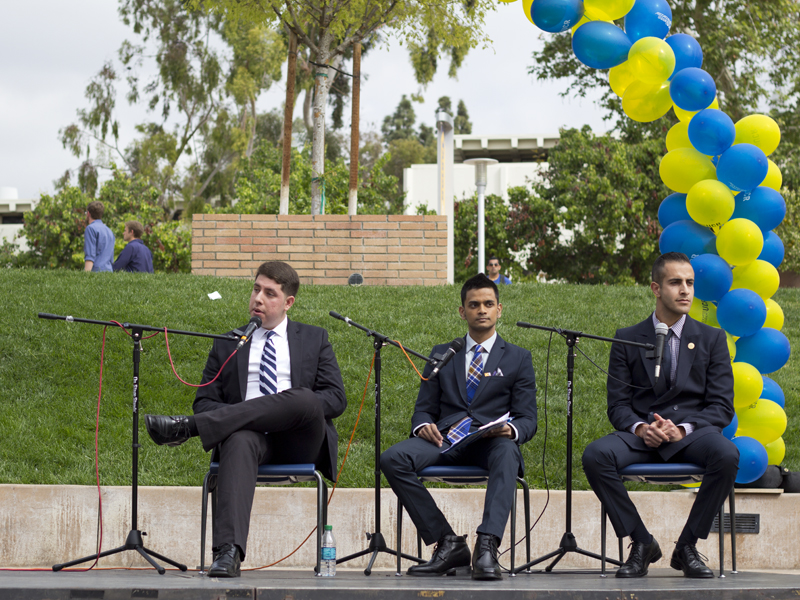 During the public forum period, Leo Torres, a fourth-year bioengineering major and the president of the Biomedical Engineering Society (BMES), asked why the snack wagon did not make a visit to the BCOE computer labs during the last winter quarter. Torres showed interest in promoting the senate’s quarterly initiative, which was started back in the 2012-13 academic year by Fahmian and was handed over to the ASUCR office of internal affairs this year.

As the leader behind the initiative last quarter, Karim explained that his committee ran out of snacks to distribute within the second day of finals week. He attempted to eschew the discussion by stating, “(Our budget) was $500, but we got different snacks which were healthier and we attended the science library and Rivera library for longer hours.“

In response to Karim’s report, Fahmian delivered an anecdotal remark based on his prior experience spearheading through the same project. “Last year, I used $400 (for the snack wagon initiative) over three days and whatever was leftovers from the libraries went to the engineering labs; the third day was specifically for the engineering labs. We wanted to make sure that all students were represented,” he said. “I just wanted to say that you used $500, you went for two days, you bought different things, but not all students were represented.”

With the presidential debates occurring just prior to the meeting, members of ASUCR, such as Executive Vice President Armando Saldana, reminded the senate to be respectful of one another. “Please try to keep the elections arguments (and) bias away from the senate meeting,” he said. “It does not move us forward.” He also remarked that the political elections process should not drive a wedge between current senate members, who still hold office for another academic quarter.