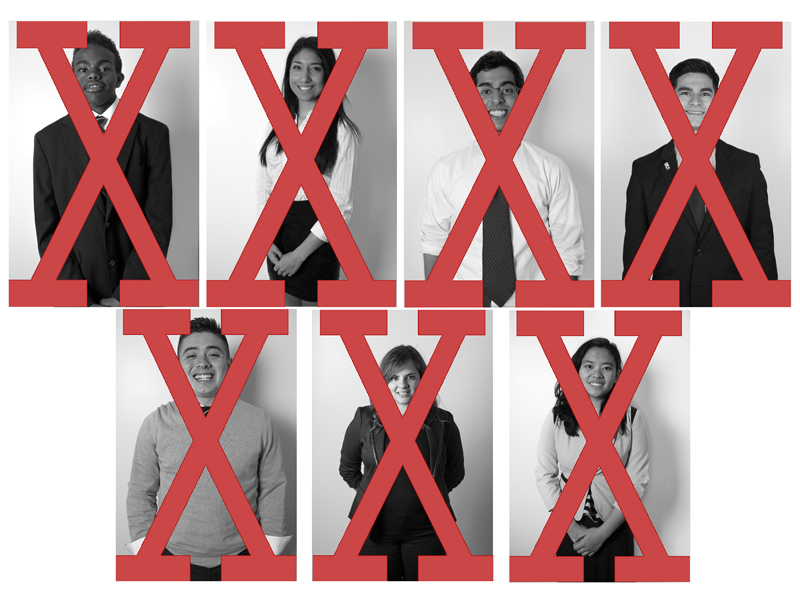 After several months of planning, postering and advertising, seven candidates for elected positions within ASUCR were revealed to be disqualified — a mere four days prior to the beginning of the the 2014-15 ASUCR elections. Some of the disqualifications allegedly occurred due to poor grades.

The candidates were allegedly notified of their disqualifications by Elections Director Chris Sanchez on the afternoon of Thursday, April 17, and were allowed to appeal the decision during a judicial branch meeting later that day. Five candidates appeared to testify before the justices, but each appeal was rejected.

“The fact is (Galarza) didn’t meet the 2.0 (GPA) requirement.” ASUCR President Sai Patadia said during an ASUCR meeting the following Wednesday. “So if you were notified two weeks in advance, or two minutes in advance, you would’ve not been eligible to run based on the judiciary’s vote.”

Some candidates have expressed frustration that they had limited time to prepare for an appeal. “We were unfairly treated,” Galarza said. “We were just notified a couple hours before — one whole business day before elections.”

After the judicial branch hearings, Executive Vice President Armando Saldana, who is also running as the presidential candidate for Vox Populi, called a special meeting to discuss the disqualifications on Monday, April 21 at 7 a.m. The senate voted to support the judicial branch’s decision and refused the ineligible candidates re-entry to the elections. During the subsequent public forum period, numerous senators left the chambers, citing class conflicts.

Tension escalated at the end of the public forum, when Outreach Director Mina Kato motioned to reconsider the vote to uphold the judicial branch’s ruling, a move Patadia claimed was unconstitutional. Members of the senate began arguing over whether not such a move was permissible. As it became apparent that senators would not reach agreement, senators Niela Darmani, Sandy Saly, Jessica Moncayo, Kelly Tran and Sanam Rashidi stormed out of the Senate chambers in an effort to deny quorum and prevent the senate from voting on the motion.

“I would encourage everyone that is not running in the elections that is in the senate to stand up right now and leave this meeting,” Patadia announced. With less than nine senators at the ASUCR horseshoe, Saldana declared that quorum was not met and thus adjourned the meeting before a vote on the motion could take place.

Hussein, notified of his disqualification less than three hours before the judicial branch hearing, criticized members of the ASUCR senate for disbanding. “I saw everyone walk out,” Hussein said. “Nobody cared about what I was doing last quarter. When I was going through (personal issues), no one gave a damn.”

Under contention are multiple provisions of the Elections Code, one of which stating that ineligible candidates be notified “immediately” after the candidate application deadline, Feb. 21. However, grades for winter quarter were only made available after the end of spring break on March 28. Complicating matters, the person specifically permitted by the Elections Code to retrieve grades, ASUCR Executive Director Laurie Sinclair, was out of commission for a week on medical leave. Sinclair went on sick leave on March 31 and did not return until April 9. The candidates were discovered to be ineligible on April 16 and Sanchez contacted the candidates the next day.

Under the Family Educational Rights and Privacy Act (FERPA), only specific individuals are allowed to access students’ educational data, such as a student’s GPA, preventing the information from being obtained earlier. However, it may have been possible for Sinclair to permit someone else with FERPA authorization to access the grades during the time she was on sick leave.

The judicial branch’s decisions were based on provisions in the ASUCR constitution, which state that, “All persons wishing to run for office must have a minimum 2.0 grade point average at the time of elections and must be in good standing with the University.” The Elections Code additionally requires candidates to maintain a 2.0 GPA in the winter quarter prior to elections. Candidates were informed of the GPA requirement during a mandatory candidate meeting and in signed paperwork.

During last week’s regularly scheduled senate meeting, Senator Niela Darmani questioned whether Monday’s candidate disqualification meeting may have impacted other functions of ASUCR. On April 21, the finance committee failed to approve the $1,000 transfer funds to the ASUCR elections committee, which Darmani said was meant for security purposes during election events.

“The reason for (the funds) not being approved was because … three members abstained from the vote and said that they did not have enough information,” Darmani said.

The three members were Brandon Chan, Nafi Karim, Fernando Echeverria and Janice Tang, who abstained due to her role as chair of the finance committee. Sandy Saly and Niela Darmani, both members of the elections committee, voted in favor of the finance allocation.

Temporarily speaking on behalf of Tang, who was absent at the senate meeting, Figueroa furthered, “The confusion might have arisen because (the allocation) was not coming from (Sanchez’s) own budget, but it was coming from the internal vice president’s budget and I don’t think they understood that concept.” Echeverria, candidate for internal vice president under the [YOUR]SIDE party, said he was running late during the meeting and felt misinformed about the matter as the reason behind his abstention.

In an interview with the Highlander, Echeverria said there should be an alternative process in case the executive director is unable to verify the grades. “The responsibility falls on the elections director to notify candidates the process was not completed and to find another way to check the grades,” he said. Echeverria also felt it becomes “unfair” to have ambiguity in the ASUCR bylaws and constitution, due to the changes in the elections process, which shifted from a four-week to two-month period compared to last year.