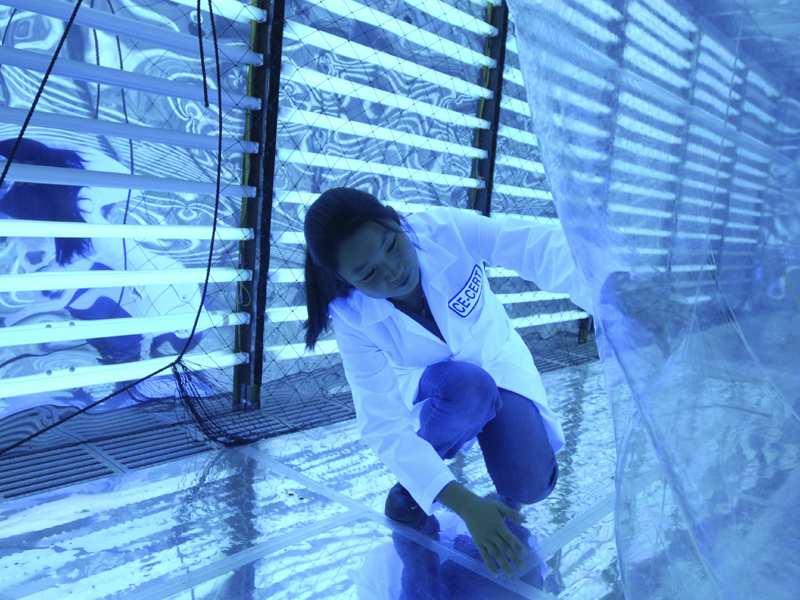 One of the most visible partners of the Bourns College of Engineering (BCOE) is the Center for Environmental Research and Technology (CE-CERT), which has begun a project to create a renewable energy research center that will study the integration of renewable energy sources such as an electrical smart grid that can help with charging electric cars and storing energy. The project, called the Sustainable Integrated Grid Initiative, will be the largest of its kind in California.

“The project has implications for the nation and the world,” stated BCOE Dean Dr. Reza Abbaschian. If successful, this research aims to develop cleaner and more efficient ways to produce electricity and may eventually lead to other similar projects in the U.S.

Smart grids are modernized electrical grids which use digital communications to detect and react to changes in their usage. Instead of having electric utilities simply supply electricity, the grids are able to exchange energy and information between utilities and customers.

Most energy supplied through current grids operates on a one-way interaction that distributes electricity from the grid to other structures such as buildings and houses. This makes it difficult to keep up with changing energy demands, and does not run on as many renewable energy sources.

Smart grids, on the other hand, can integrate technologies such as wind turbines and solar panels to provide cleaner energy sources, and also create energy storage because of their unique feedback system. As a result, grids can easily adapt to changing demands and cut electricity costs through storing surplus energy. In addition, the grids can also be used to supply energy to electric vehicles through charging stations that are connected to them.

According to Dr. Matthew Barth, the lead investigator of the initiative and director of CE-CERT, “The project puts UC Riverside at the forefront of smart grid and electric vehicle research, providing a unique platform for engineers and utilities to identify and solve potential problems.”

The $12 million sustainability project and facility will have four megawatts of solar photovoltaic panels, two megawatts of battery storage and 27 electric vehicle charging stations, including one for a trolley car that was converted to run on an electric battery instead of diesel fuel.

Of the total funds, $2 million from the South Coast Air Quality Management District will support the first two years of the project. Money saved on energy will make the program cost-efficient in the long run.

Brandon Prell, a second-year cellular and molecular biology major, believes that research on renewable energy is needed, in order for “the planet to continue developing.” He said that a smart grid will bring a change to that by modernizing outdated methods that may cause even further harm to the environment.

“I will like to see in what direction this project takes us,” stated Pranav Pattabiraman, a second-year computer engineering major. ”I know companies such as Tesla are making new strides in producing electric vehicles and sustainable energy sources, so it’s exciting to see the campus take part in a project that will lead us into a cleaner, more efficient future.”