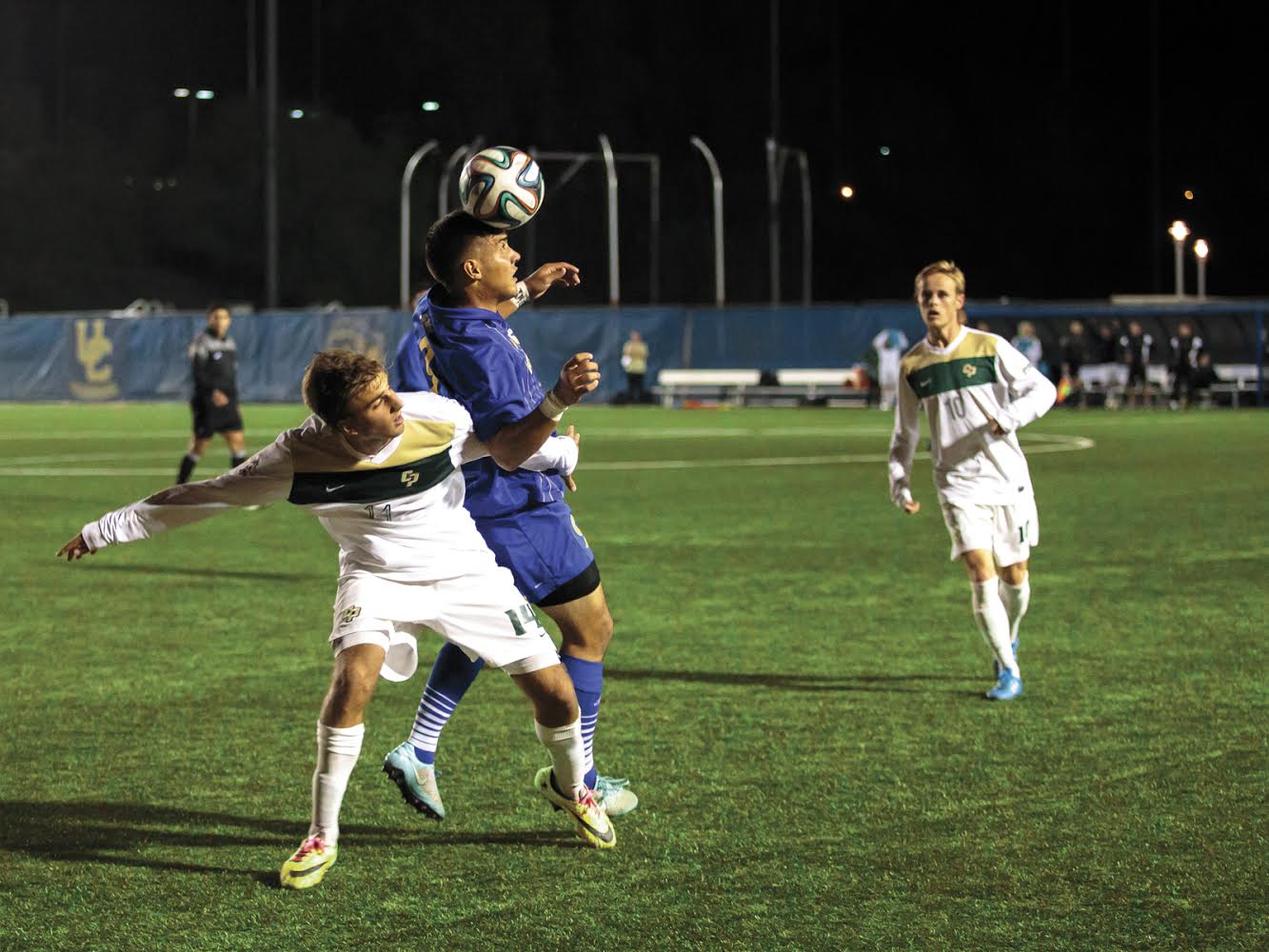 In their first game at home against a Big West opponent, the UC Riverside men’s soccer team looked to right the ship on the heels of a 2-7-1 start to their season.

After both teams were held scoreless in the first half, Cal Poly broke the tie in the 82nd minute with a goal by Chase Minter. Minter’s goal would prove to be enough to put the game away for the Mustangs, who improved their record to 7-2-3 with the win.

The Highlanders had no trouble producing on the offensive side for most of the match, registering an outrageous 24 shots, 10 of them being on goal. However, UCR was unable to translate that production to the scoreboard.

Equally as impressive as the UCR offense was the Cal Poly defense. Mustang goalkeeper Wade Hamilton had his work cut out for him Thursday night and registered a clean sheet with ten saves and zero goals allowed.

In the second match of their two-game homestand, the UC Riverside men’s soccer team looked to erase the memories of Thursday’s disappointment and escape with a win against the UC Santa Barbara Gauchos.

With a match start slated for 7 p.m., transportation issues for the visiting team caused a 50-minute delay to the match kicking off.

Eager to put their goal-scoring woes from Thursday’s match behind them, the Highlanders came onto the field with guns blazing in the first half. The game’s first score came at the 17-minute mark when Ricardo Ruiz found Ulises Mosqueda for a header from the right side of the box. By the end of the first half, the Highlanders had registered an impressive nine shots to UCSB’s three.

In the second half, the Gauchos netted a score when Ismaila Jome found Kevin Garcia-Lopez on a crosser, tying the match at one goal apiece.

Game delays and all, the night continued to get longer as both squads remained tied at 1-1 after 90 minutes, sending the match into overtime in which neither team was able to top the other, resulting in a draw.

With the draw, the Highlanders’ record stands at 2-8-2 on the season, with the team set to hit the road against the CSU Northridge Matadors on Oct. 18.