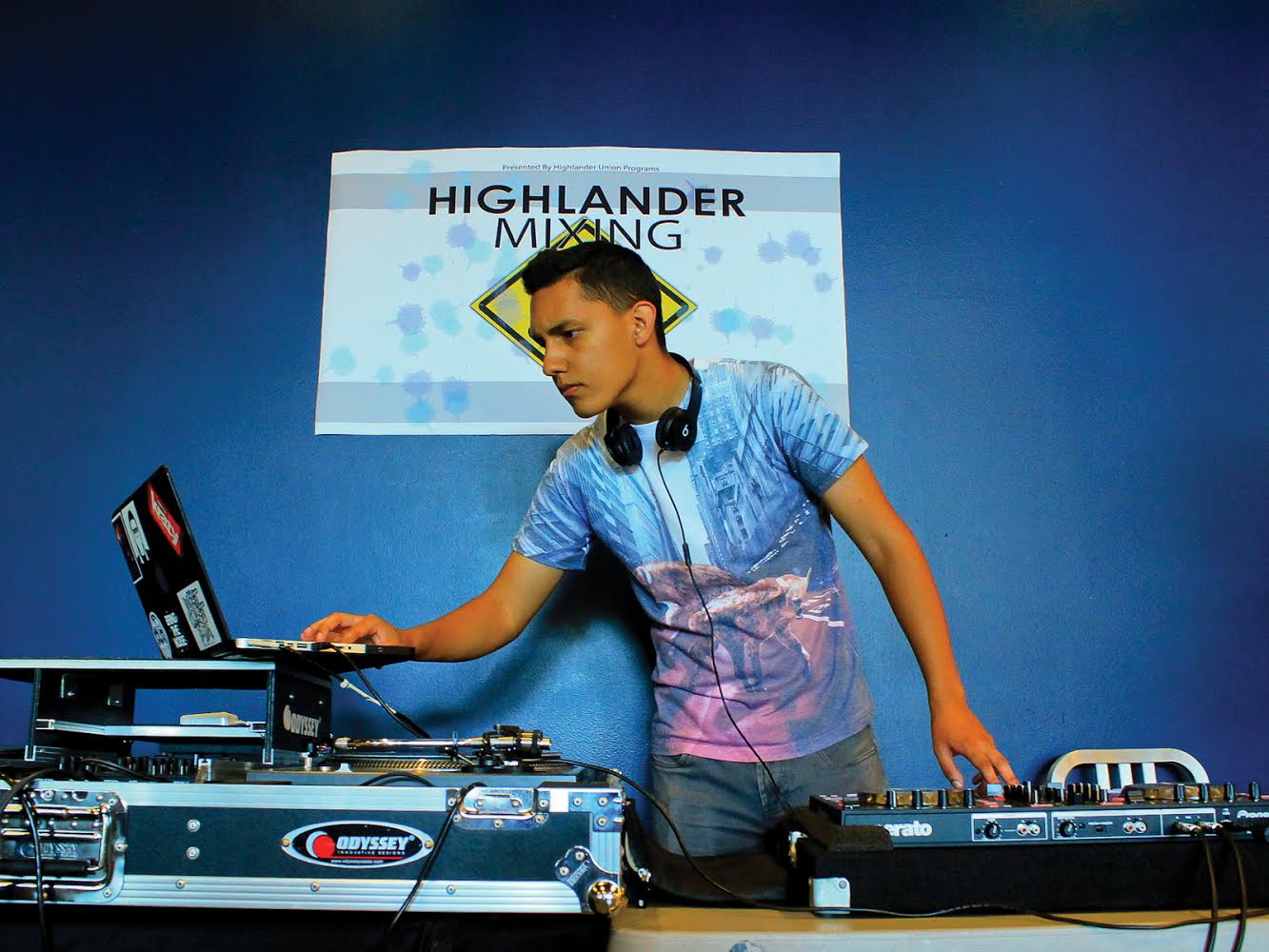 There are a number of places on campus where students can relax, grab a bite to eat, study or chitchat with friends in between classes. But there really isn’t another place quite like Latitude 55 — a place to play a game of pool or foosball, watch television, join a poker tournament, get your gaming on with an Xbox and listen to talented student DJs remix hit songs. This past Wednesday, October 15, the Highlander Union hosted an event at Latitude 55 called Highlander Mixing. Showcasing two talented, UCR student DJs, Highlander Mixing gave third-year business major, Ivan Pereda and fifth-year public policy major, Rodrigo Valencia a gateway to their alter-egos: Nomad Navi (Pereda) and DJ Re-go (Valencia).

By 1 p.m., Latitude 55 filled up with students on their lunch breaks, venturing in from the heat waves and in search of a bite to eat. There was a long line of people waiting to order food at The Grill, whether it was one of their mouth-watering burgers and an order of onion rings. Prior to the start of the event the upper seating that overlooks the main dining tables of Latitude 55 were full of students on their laptops. The other students, sitting around the tables, were either engaged in conversation, had their heads buried in books or their eyes glued to their cell phones.

Latitude 55 stayed true to their “no quiet hours” policy as Nomad Navi took command over the sound system and began playing. The style of music he played is best described as electronic dance music (EDM). However, his set also included remixes of other genres, such as hip-hop, rap and alternative. Some of the songs he played included “No Mediocre” by T.I. ft. Iggy Azalea and “Don’t Tell ‘Em” by Jeremih ft. YG. At certain times during Nomad Navi’s set it was hard to distinguish which songs he was DJing. Some of the songs he played were intertwined with unique rhythms and percussive sounds.

Some of the students at Latitude 55 had mixed feelings about whether or not the music played was deemed worthy of the club scene. But their heads bobbing to the beat of the music and feet tapping along with the bass told me something else. Maybe I was expecting a “High School Musical” meets “Step Up 2: The Streets” battle to break out in the middle of Latitude 55. However, the majority of the people I talked to were enjoying the music even though they hadn’t shown up specifically for the event. The event does not engage student activity, but rather grabs your attention with the intensity of the sound system; at times it was a bit loud, but that did not stop students from going about their daily routines, which for some included reading.

The next DJ to take the stage was DJ Re-go. The majority of the songs that he played and remixed were hip-hop and rap. His set included songs such as “Drop It Low” by Ester Dean, “Latch by Disclosure” ft. Sam Smith and “Summer” by Calvin Harris. He explained that he prefers open format DJing — a gateway for DJs to use and play any and all formats of music — allowing him to select music from all types of genres and eras. In other words, open format DJing gives him more creative freedom. Valencia has over four years of DJing experience and like Pereda, DJing is a self-taught skill and hobby.

Both DJs had great transitions between songs, and were entertaining to listen to. Pereda and Valencia are seasoned veterans to Highlander Mixing. This was not their first time performing in front of students, and will likely not be their last. The two of them also perform at local clubs and other venues. Pereda is the current president of The Deejays and Vinylphiles Club at UCR of which Valencia is also a member. DVC is an on-campus, student organization that offers educational workshops on DJ techniques and skills.

According to Pereda, the Highlander Mixing event is also a mandatory requirement for DJs interested in performing at the Heat Music Festival. If you are a fan of Heat, perhaps you should attend Highlander Mixing; you might get a glimpse of what is to come at Heat.