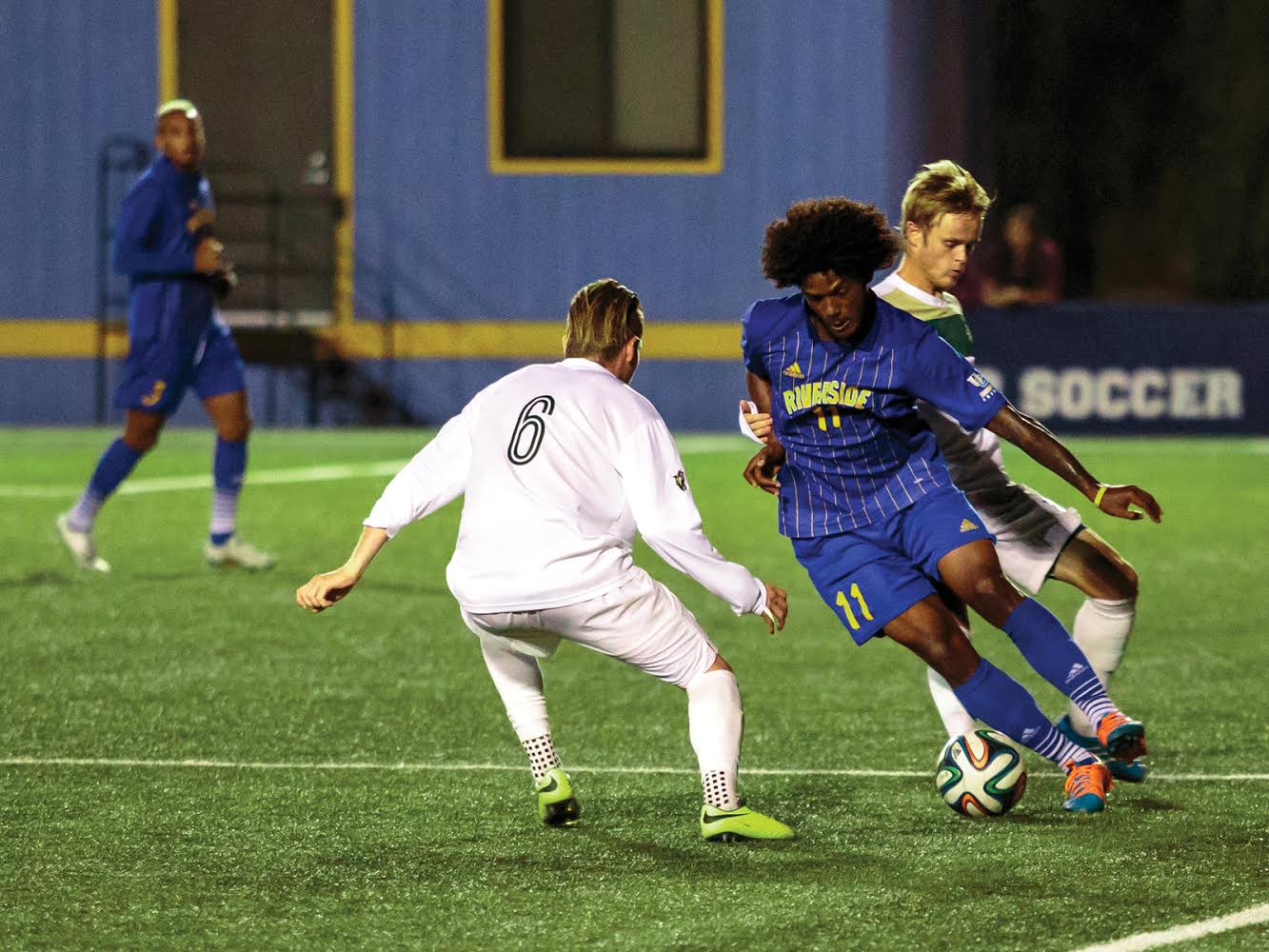 In their first and only game of the week Saturday, the UC Riverside men’s soccer team squared off against the Cal State Northridge Matadors in search of their first win in over two weeks.

Both teams played each other quite evenly throughout the first half, keeping the number of shots almost dead-even at 20-19, with the Highlanders having the slight edge. However, the only numbers that truly matter are the ones on the scoreboard, and the Matadors were able to one-up the Highlanders in that category when Marino Peixoto found Gabe Robinson on a crosser in the 37th minute, setting up a 1-0 Matador lead.

Coming out of the locker room, the Matadors continued building on their momentum when Sagi Lev-Ari fired a header past UCR goalkeeper Ashan Khosravi in the 58th minute, extending the Matador lead to 2-0.

A glimmer of hope for the Highlanders came in the 87th minute, when Romario Lomeli scored the Highlanders’ first goal of the night and cut the lead in half. Lomeli’s goal proved to be too little too late, however, as the Matadors were able to buckle down and secure the win in the closing minutes of the match.

With the loss, the Highlanders’ overall record drops to a meager 2-9-2, with the team only winning one match of their last seven. The Highlanders’ 1-3-1 Big West record makes the cut for dead last in the conference, and they share the honor with the very team that just defeated them.

With three straight home games on the docket, the Highlanders look to get the train back on track as they prepare to face UC Irvine on Wednesday, Oct. 22.